Minister Hajdu says longer leave not for all, but higher-paid moms need help too 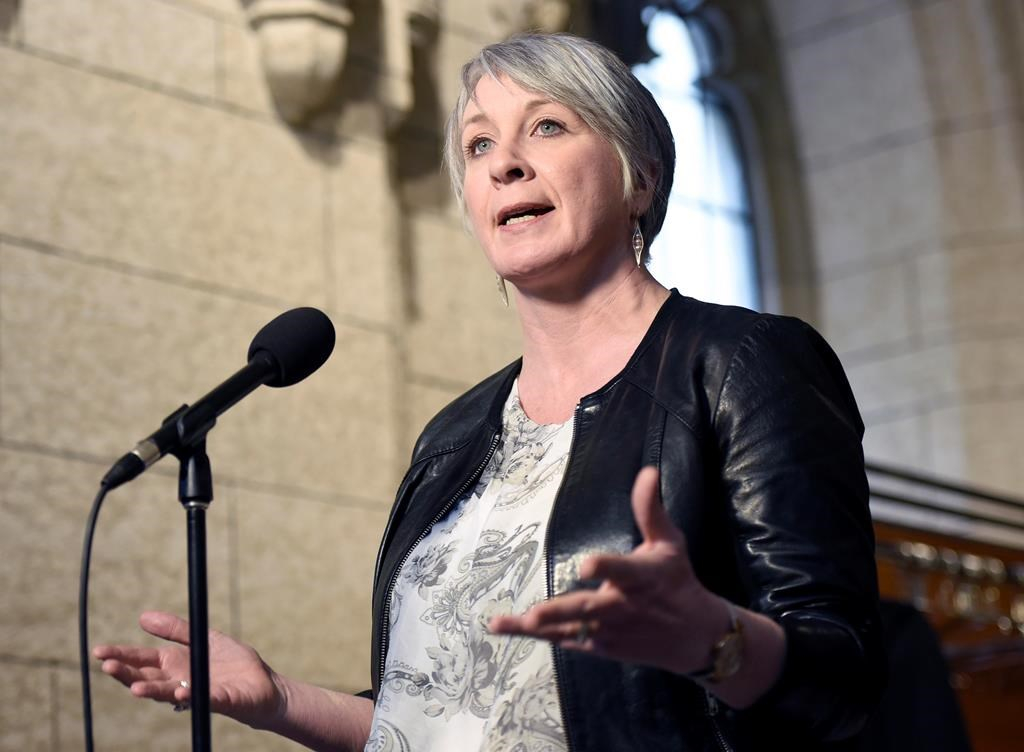 Minister of Employment, Workforce Development and Labour Patty Hajdu speaks to reporters during a weekend meeting of the national caucus on Parliament Hill in Ottawa on Saturday, March 25, 2017. Photo by The Canadian Press
Previous story
Next story

Labour Minister Patty Hajdu said even wealthier women need more support when it comes to moving from their careers into motherhood — and back again.

The 2017 budget extended parental leave to 18 months, but anyone who wants to take the lengthier time off must spread 12 months worth of Employment Insurance payments over that time — receiving 33 per cent of average weekly earnings — because there is no corresponding increase in benefits.

The benefit rate for those taking 12 months or less will remain at 55 per cent.

The Liberals were under pressure from both employers and labour groups to scrap the proposal during consultations last year, as both sides expressed concerns it would leave out the lower-income families they said they want to help.

On Saturday, Hajdu acknowledged that it will not be for everyone.

"Certainly, it is not going to be the solution for every woman and that's why we have other measures in the budget that are going to support women regardless of what stage and what earning bracket they're in," Hajdu told reporters as Liberal MPs took a break from their rare weekend caucus meeting on Parliament Hill.

The budget contains other measures — including money for child care — that Hajdu said are aimed at boosting female participation in the workforce across all socio-economic backgrounds.

"The focus is making sure that every woman has the support to reach her true potential and that includes women across all spectrums," she said.

Hajdu said one thing she learned early on in her former role as minister for status of women is that women in well-paying jobs — such as those involved in capital markets — also need support as they become parents.

"These are women that occupy high positions, well-paying positions, who talked about the challenge that they had balancing that early childhood stage with their emerging and very lucrative careers," she said.

Hajdu suggested extending parental leave could be one way to remove barriers to having more women in corporate leadership positions.

"We know that one of the struggles that we have is actually women at the upper end as well, reaching positions of leadership," she said.

"It really is one component of how we're moving forward to make sure that women have every opportunity to succeed."

The government expects the proposal to extend parental leave to cost $152 million over five years, beginning this coming fiscal year, and $27.5 million annually after that.