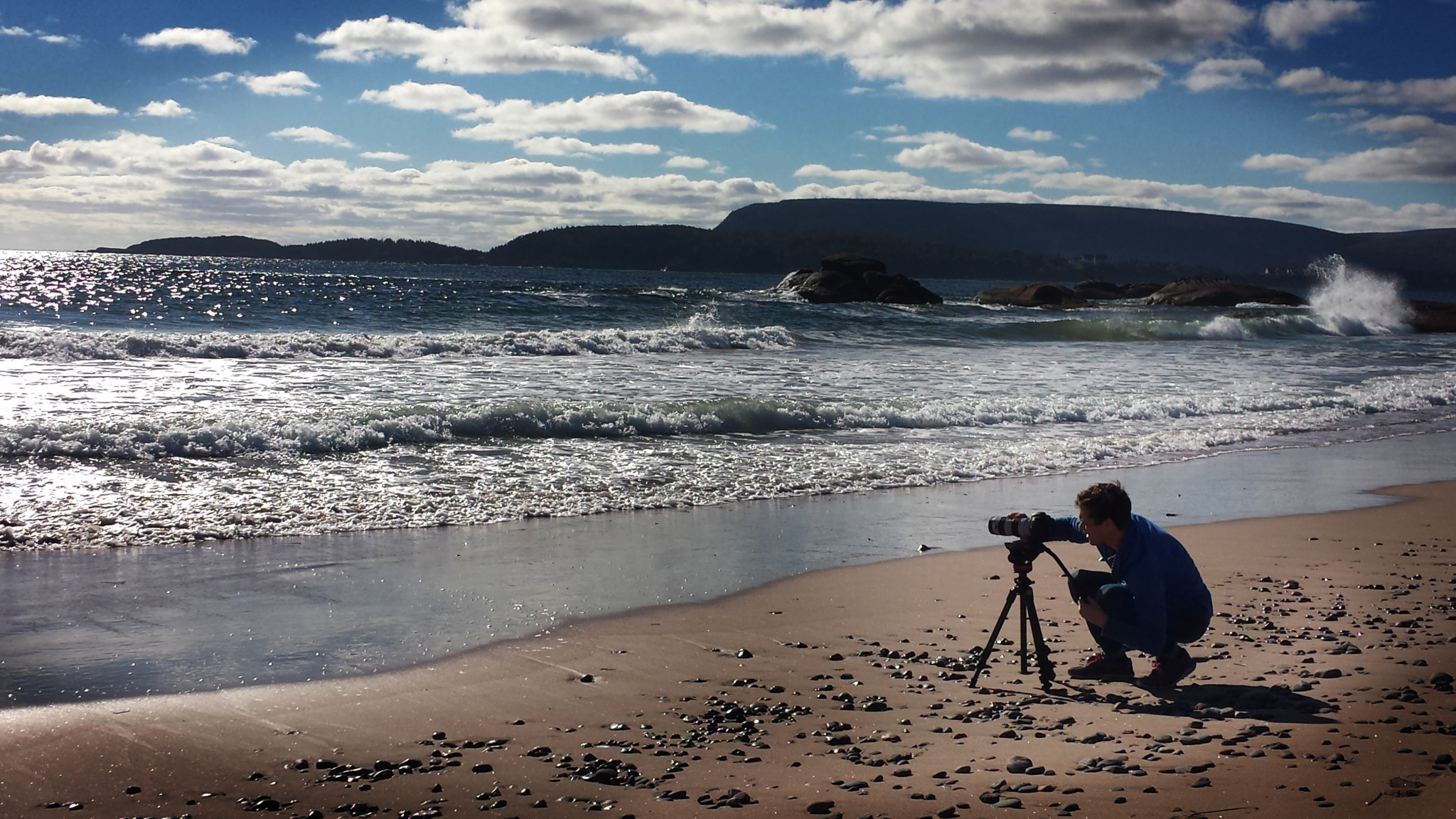 It’s been more than a year since Parks Canada rejected Green Cove in Cape Breton National Park as a suitable spot for the proposed massive Mother Canada memorial. But the proponents behind the controversial project still have their sights set on that spot for the outsized memorial that many called “Mother Zombie,” because of the statue’s out-stretched arms.

Tony Trigiani, the Toronto-based chair of the Never Forgotten National Memorial Foundation, “still at this point refuses to let go of that idea of having the monument at Green Cove,” according to Moncton, New Brunswick filmmaker Craig Jackson.

“He’s still very adamant that’s where it will be,” Jackson told National Observer in a recent interview.

“They have told me they will wait until the new government comes into play and continue to pursue the project, so I don’t think we’ve seen the last of Mother Canada,” Jackson said.

Jackson’s 22-minute documentary about the memorial, simply titled Mother Canada, is set to premiere at Toronto’s Hot Docs Festival on May 3, and will appear on Bravo TV.

Official trailer for the Mother Canada film. Video from YouTube

During the making of the film, Jackson exchanged a number of emails with Trigiani, the reclusive businessman who previously has turned down media requests for interviews on the project.

“He’s a pretty tenacious and dedicated guy, and I think he’s going to keep going for it,” Jackson said.

Jackson’s family owns a cottage near Ingonish, Cape Breton, close to the proposed memorial’s site. It was while staying at the cottage that Jackson first became aware of the debate over the memorial and decided to make a film about it.

While the memorial has largely been out of the media over the last year, it remains a hot topic locally in Cape Breton, and has left the Ingonish community divided over its merits.

Jackson said the debate over the memorial has created a rift in the town of some 1900 people. “Many people up there who were against it felt ostracized and pushed away, and it seems those who were for it were very aggressive against anyone who was voicing any sort of concerns,” according to Jackson.

Talking to people in the area - a region where unemployment rates have hit as high as 17.5 per cent - the filmmaker learned that they still had issues with the memorial: They didn’t know if it would bring the support and jobs that the foundation claimed would result from the construction of the nearly 30-metre tall memorial.

“I realized they were part of this story that was going untold, and that’s what interested me, was to give a voice to those both for and against at the local level,” Jackson said.

As he began to research for the documentary, Jackson said he was surprised to find support for the memorial wasn’t wide-spread. Instead, he discovered a large group of people expressed reservations over the project.

“The foundation just kept saying that everyone up in Cape Breton is all for it, and they want it, and we shouldn’t let the rest of the country dictate what Cape Breton gets or doesn’t get, and these sorts of things,” Jackson said.

But contrary to that opinion, he found that “talking to people I could tell there was a group who was uneasy about it.”

Jackson also expressed surprise over the public consultations that went on in Ingonish. People told him that they were one-sided and called them more of a “pep rally” for Mother Canada rather than a true consultation that weighed the pros and cons of the project.

“I was hoping to be able to give a voice to those who maybe didn’t want it, who felt they couldn’t speak out locally because they feared some sort of repercussion,” Jackson commented.

“t’s a very small community up there and when there’s the sense that the majority of the community wants something, it’s really difficult for those who live there year-round to speak up and say they don’t want it.”

As well as the giant Mother Canada figure, the proposed memorial includes a gateway, a procession pathway and sentry columns, an interpretative centre and a recognition and gratitude pavilion.

The memorial attracted considerable animosity, brought international scorn, and received scathing comment from former national park heads, who maintained that public consultation on the project was minimal and rushed.

In the comments in the draft impact analysis done on the memorial, people called the statue “tasteless” and its location “bizarre and offensive.”

The Guardian UK lambasted the statue as an “awkwardly remodeled, vastly upscaled version” of Canada Bereft, the statue commemorating the war dead near Vimy, France.

In a one on a series of stories on the project, National Observer revealed how what was originally imagined as a contemplative memorial to the war dead allegedly ballooned out of control, turning a modest three-metre statue into a controversial colossus.

Originally from Moncton, Jackson graduated with an economics degree from Saint Mary’s University in Halifax. After school he ended up driving across the country to Kelowna, B.C., where he fell in love with downhlll skateboarding.

That passion became the basis for his first film in 2011, Highway Gospel, a look at the sport and culture of boarding that he made with his friend, Jaret Belliveau. “We just dove into the project. That was our film school,” Jackson laughed.

But it was a little later when the documentary director was down in Alabama shooting some scenes for another film that he found the inspiration for the project that would make his name.

As Jackson was filming footage in Jackson County, a farmer pulled up in his vehicle, jumped out of his car, and confiscated Jackson’s camera. The flustered filmmaker didn’t know what was going on. He explained what he was doing to Michael White, the farmer, who went away to make some calls and check on Jackson’s story. “It was a very tense situation,” Jackson recalled.

A little later White returned and handed Jackson back his camera. White had mistakenly believed that Jackson worked for Monsanto and was spying on him. It turned out that White was defending himself from the chemical company that had gone after him, and other farmers, for the age-old practice of saving seeds for replanting.

Jackson decided to make an 11-minute film about the story of the farmer fighting the international conglomerate, but once he’d finished it was uneasy about releasing it in case it drew unwanted legal attention from Monsanto.

Coincidentally, Canadian rocker Neil Young was just finishing up work on his protest album, The Monsanto Years, and heard about the film. In 2015, with support from Young, Jackson released the film, Seeding Fear. It would go on to garner over four million views online.

“It just kind of blew up from there,” Jackson said. “It was unexpected and quite lucky. Sometimes these things just work out.”

Currently, Jackson is in Los Angeles finishing up a documentary that he’s worked on since 2012. He calls it a character-driven film about an 80-year-old burlesque dancer who returns to the stage after a 40-year hiatus. The film tracks her over a four-year period.

While the subject matter of his films is disparate, Jackson said thematically they are linked. “I like stories about the underdog.

“I think in all of my films you’ll find that the lead protagonists are the underdog and mounting some sort of come back or pushing against a force that seems to be bigger than themselves.”

In the case of his forthcoming Mother Canada film, Jackson noted that he could see for himself first-hand how the memorial divided the community. “I can feel for both sides, and see there’s a lot of passion driving the whole thing, and with that I knew there would be a story to tell.”

Mother Canada may not have legs