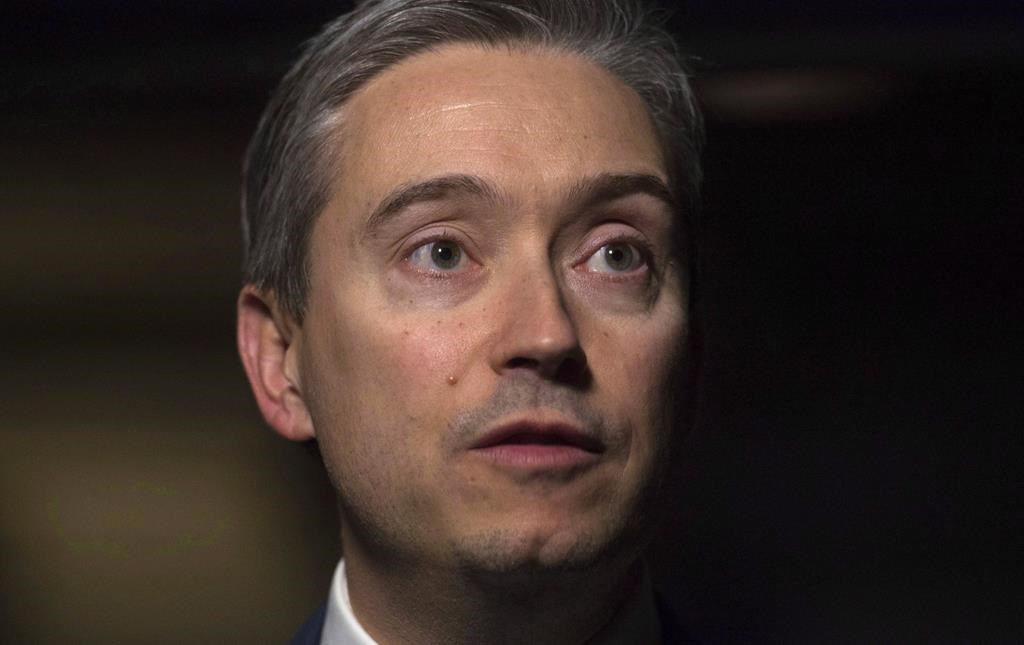 Canada and Britain are holding informal free trade talks, even though Britain is barred from direct negotiations before it formalizes its Brexit divorce from the European Union.

His comment comes one day after the president of the European Parliament warned Britain against any unilateral action, including trade talks, before it formalizes its departure, after serving written notice this week to negotiate its departure from the 28-country bloc.

Champagne said he's met three times with his British counterpart, Liam Fox, while their officials are also talking because continuing a trading relationship is in the best interest of both countries.

"We are working, respecting established rules, pursuant to EU law as well, but we are having informal talks with our British partners," the minister told the Senate trade committee on Thursday.

"Although they cannot negotiate formally, there's been discussions between our officials and I met Dr. Fox just recently at the Commonwealth meeting of trade ministers in London to make sure that something which is going well should continue," Champagne explained.

"We want to offer predictability, stability."

Champagne's comments echo what Prime Minister Justin Trudeau said earlier this week - that Canada will continue to look for ways to deepen economic ties with Britain after it leaves the EU.

Britain is Canada's largest trading partner in Europe, with London serving as a major gateway to the continent.

Canada and Britain will become free trade partners in the coming months anyway when Canada ratifies the Comprehensive Economic and Trade Agreement with the EU, because Britain remains a party to all EU treaties before its Brexit is finalized.

Champagne said Britain has not wavered in its support of CETA. The minister said almost all of the deal will come into force later this spring after Canada ratifies it.

But all of that is in flux after British Prime Minister Theresa May formally triggered Article 50 of the EU's founding treaty, which officially serves notice of her country's intent to leave the bloc.

The move also starts a two-year clock on negotiations, although many experts predict that the final departure agreement could take longer to finalize because of the deeply entwined relationship that has developed between Britain and the European continent since the 1970s.

While that negotiation is taking place, Antonio Tajani, the president of the European Parliament warned Britain to adhere to the letter of its legal commitments to the EU, to "fully respect its treaty obligations until the very last day of membership."

Tajani warned Britain against doing anything that might affect the rights of EU citizens or that "would be contrary to the treaties and therefore illegal." That includes negotiating trade deals, which falls under the jurisdiction of the EU.

Tajani hosted Trudeau last month in Strasbourg, France, the seat of the European Parliament, and praised him as friend of Europe and liberalized trade in the face of increasingly hostile, anti-trade forces.

Trudeau praised the EU and said its free trade deal with Canada was a model for the world.

When asked on Wednesday about future relations with Britain, the prime minister made it clear he wants to maintain and deepen those traditionally strong bonds with its "friend and ally."

"We're very pleased, first of all, that the European Union, including United Kingdom has moved forward with the Canada-Europe free trade agreement," Trudeau said.

"We will continue to look for ways to create closer trade ties and opportunities for better jobs and economic growth that benefits both of our countries and we will continue to engage as friends and allies with Great Britain in this process."