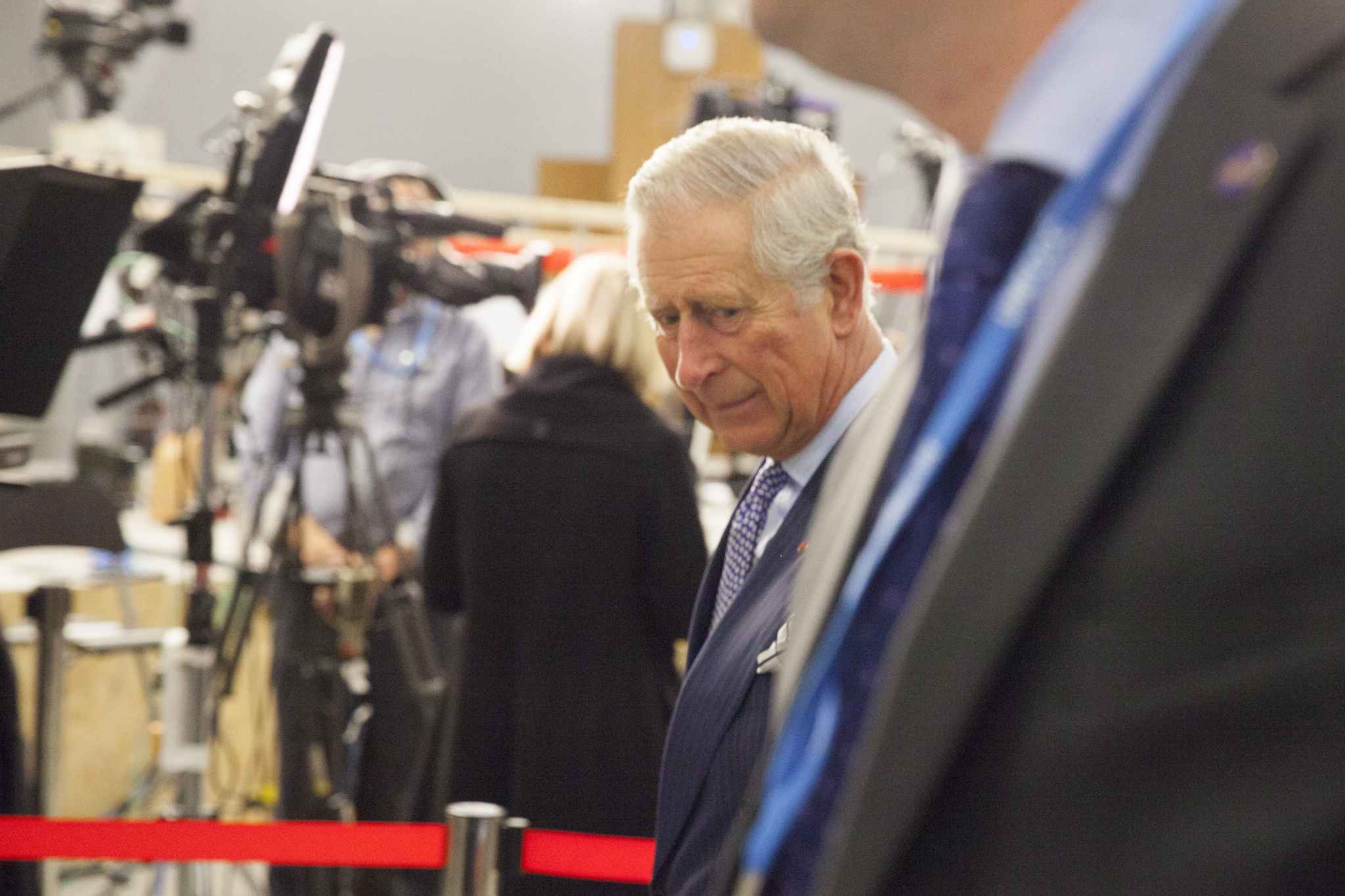 A climate action watchdog group is calling on European leaders to pull their socks up on climate change, after a damning new report found that only three European countries are actually on track to keep global warming below two degrees this century.

On Tuesday, the Belgium-based Carbon Market Watch released a study revealing that Sweden, Germany and France are the only countries within the European Union that are pursuing environmental policies that line up with commitments made at the COP21 climate conference in Paris.

Even then, the report found that those three countries aren't passing with flying colours — they only scored 67, 54, and 53 out 100, respectively, on a ranked scale of "compatibility" with the Paris Agreement. Poland, Spain, Italy, and the Czech Republic trail at the bottom of the pack with scores between two and nine.

“EU politicians portraying themselves as climate leaders should put their money where their mouth is by closing loopholes in the EU’s key climate law and pushing for more ambition," said Femke de Jong, EU policy director for Carbon Market Watch in a Tuesday press release. "Only with determined climate action will lawmakers ensure that European citizens can enjoy the significant benefits of a decarbonized society, such as clean air.”

The rankings were calculated based on elements that make up the European Commission's new proposal for regulating Europe's greenhouse gas emissions. The goal of that legislation, called 'Effort Sharing Regulation,' is to set binding national emissions reduction targets between 2021 to 2030 for 60 per cent of the EU's emissions from transport, buildings, agriculture, and waste.

In its study, Carbon Market Watch evaluated countries based on their governance systems and ambition level; their starting point for introducing emissions reduction targets and their use of legislative "loopholes" that, through cap and trade or planting trees, allow them to emit more climate-warming carbon pollution than they should.

All of that contributed to a final score indicative of the country's compatibility with the goals laid out in the 2015 Paris Agreement, which aims to keep global warming below two degrees this century.

Sweden scored the highest on the list as it advocates for closing certain loopholes in the law, said the report, and plans to "achieve much higher domestic emission reductions" than the 40 per cent target proposed by the European Commission.

At the other end of the spectrum, the study found, is Ireland, which particularly under-performed given that it only has to reduce its emissions by one per cent below 2005 levels by 2030. Ireland's score was 13.

In an email to National Observer, de Jong said countries must demonstrate much stronger climate leadership, particularly as President Donald Trump begins to unravel the clean energy commitments of his predecessor. At more than 6,800 million metric tons of CO2 equivalent in emissions per year and rising, the U.S. is one the highest greenhouse gas emitters in the world.

"We are happy to see that many communities, investors and innovators roll up their sleeves to drive the low-carbon transition at full speed, even if their governments still lag behind," she said.

"Unfortunately, President Trump's actions will make it harder to meet our climate objectives. The leadership of the EU, Canada, China and other economies is therefore now more important than ever to showcase the many co-benefits of determined climate action, like clean air."

De Jong said she hopes Carbon Market Watch's latest study will help the public hold their governments to account on climate commitments and encourage other countries to follow in the footsteps of Sweden, France and Germany.

So where does that leave Canada?

Canada 'late to the game' on climate

More than 140 countries around the world have ratified the Paris Agreement since December 2015. According to the latest Climate Change Performance Index however, Canada's climate have efforts fallen short of every European country on Carbon Market Watch's ranked study, even those at the very bottom of the list.

Based on its commitments from COP21, Canada was also listed as an "inadequate" contributor to climate action in 2016 by the Climate Action Tracker — an independent, annual scientific analysis produced by Climate Analytics, Ecofys, and the NewClimate Institute. Countries that demonstrated "sufficient" action, according to the tracker, include developing nations like Ethiopia, Morrocco, and Costa Rica.

But those rankings were compiled based on the policies of the previous government, which was widely criticized for ignoring climate science, failing to reduce greenhouse gas emissions (despite significant pledges to do so), and implementing weak clean energy policies.

Canada now has a Pan-Canadian Framework on Clean Growth and Climate Change, which includes measures for pricing carbon pollution, and plans are currently underway to run all federal government buildings on renewable energy by 2025. Budget 2017 includes $200 million over four years to bring clean technology to Canada's natural resource sectors and more than $1 billion to help Canadian clean tech companies expand.

Despite that progress, however, some worry it won't be enough.

"We are late to the game," said Christian Holz, senior research associate for the Climate Equity Reference Project. “We see a government that is much more serious than its predecessor on acting on climate change, but there are still a lot of question marks on whether it will actually bring us where we need to go and bring us to our Paris target, and more importantly, beyond it.”

Canada will undoubtedly score higher on indicators like the Climate Change Performance Index and Climate Action Tracker this year than it did in 2016, said Holz, thanks to a series of new eco-friendly policies from the Trudeau government. But ultimately, he added, those policies still fall short as Ottawa continues to approve oilsands expansion pipelines and strive to meet Harper-era emissions targets by 2030. Those targets, he said, are "not ambitious enough for Canada."

Clare Demerse, a federal policy advisor for Clean Energy Canada, said it's still too soon to know whether Canada will even hit its 2030 target of reducing its emissions by 30 per cent below 2005 levels by 2030. But if the government implements its current plans well, she explained, it's "entirely possible."

"It’s going to take a while to move from 'having a plan' — where we are today — to having that plan fully in effect," she told National Observer via email. "And then there’s another time lag before we can really see the results of the plan on the ground: cuts to carbon pollution, jobs, investment, and so on."

Canada may be late in the game on climate action, Demerse acknowledged, but there's no reason it cannot demonstrate leadership from here on out.

Their criticism — and optimism — comes just as an internal Environment Canada document indicates that the federal government's current carbon pricing plan may not be enough for Canada to reach its climate goals.

The secret briefing note, penned to Environment Canada Minister Catherine McKenna in November 2015, says that in order to meet Canada's 2030 emissions targets, a carbon price of $100 per tonne would need to be in place by 2020. In order to meet long-term climate targets, it adds, carbon pricing would have go as high as $300 per tonne in 2050.

The document was obtained under access to information legislation by the Conservative party, and reported by The National Post on Thursday. It says Canada has an "ambitious target," and no matter what the government does with carbon pricing, additional climate action measures will be required to meet it.

Last fall, the Trudeau government adopted a carbon tax scheme that includes a $10-per-tonne fee starting in 2018, and rises to $50 per tonne in 2022. It's unclear whether Ottawa will implement drastic carbon pricing changes after 2022 that push it further in line with its climate targets.

In an email to National Observer, Environment and Climate Change Canada spokesperson further Mark Johnson said the federal government is confident it will meet its COP21 obligations and its national emissions targets using a diverse portfolio of policies. To start, he said, Canada will phase out coal-fired electricity by 2030 and reduce methane emissions from the oil and gas sector between 40 and 45 per cent by 2025.

"The federal and provincial governments are proceeding with implementing the PCF (Pan-Canadian Framework), which sets Canada on a firm path towards achieving our Paris Agreement emissions target," he said. "Actions to implement the PCF by supporting clean growth through innovation and clean technology are central pillars in Budget 2017 that we just released."

This is a very interesting

This is a very interesting article--and a very sobering one. I can only wish you had reproduced that chart of European nations' compliance at a high enough resolution that one can read the legend. I suspect those pretty colours encode information worth knowing.

Sweden burns "garbage" as part of their energy generation, including recyclables, and import from other countries to fill their need. Carcinogens and chemicals from plastics and whatever else is in there, along with the ash, contribute to degrading air quality. Ash settles on glaciers and instead of reflecting the sun back, it acts like hot rocks to melt ice. Britain imports more forests every year to burn in their biomass generators than remain in the entire UK, yet it is greenwashed under the "renewable" name. Yet again a movement for good has been warped into the opposite and basic accountability is absent. https://www.google.ca/amp/s/amp.theguardian.com/environment/2016/nov/24/...