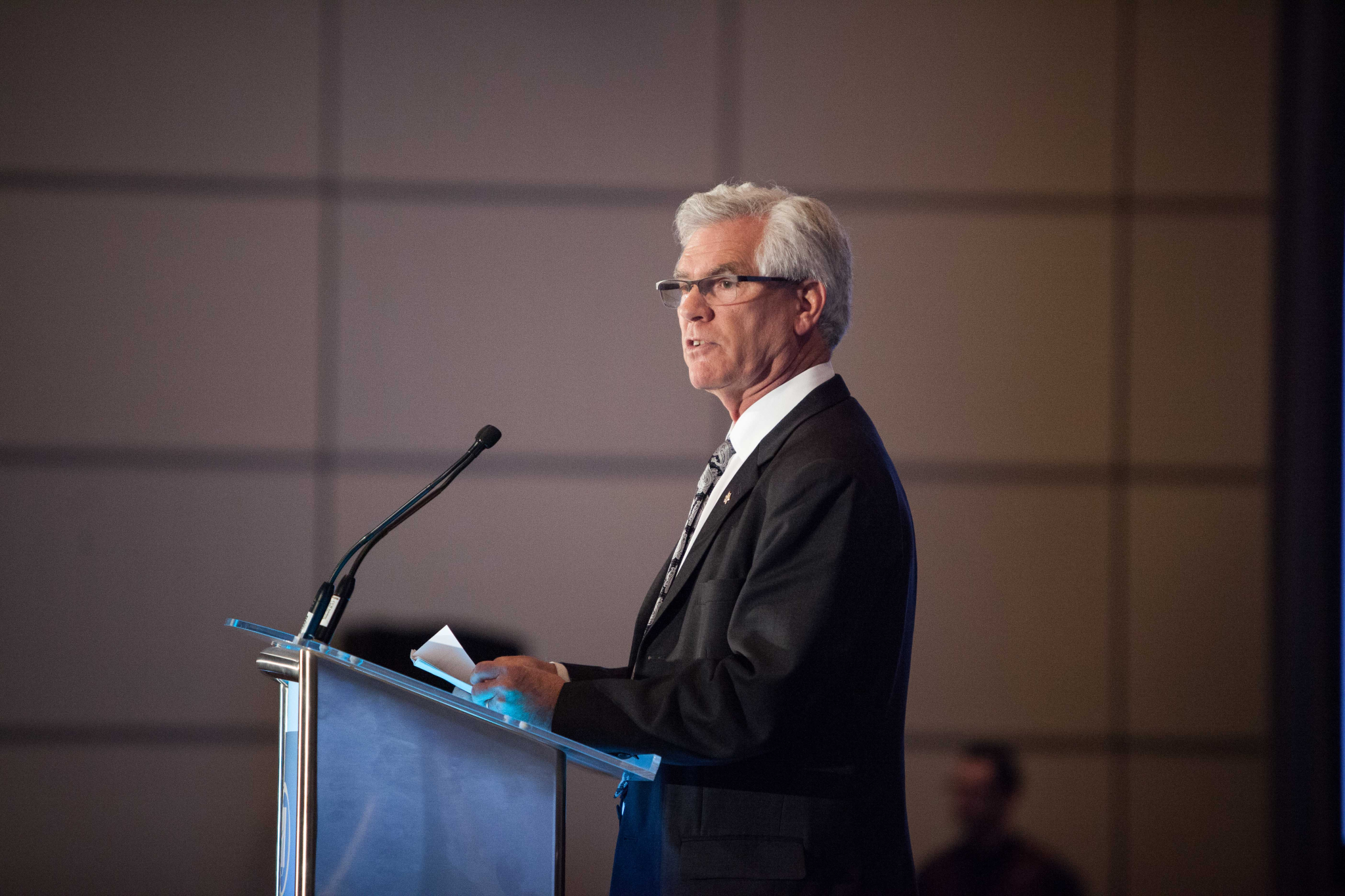 Canada’s wind energy industry wants to capitalize on American states’ focus on electricity costs and emissions reduction targets, two issues it hopes may provide a counterweight to climate change skepticism and “buy American” rumblings that have emanated from Washington.

“The Trump administration has come out and spoken in negative ways about climate change—not so much about renewables or clean energy,” said Robert Hornung, president of the Canadian Wind Energy Association (CanWEA) in an interview Wednesday.

While the Trump administration has moved to rescind Obama-era environmental regulations, a coalition of 16 states and the District of Columbia have vowed to oppose efforts.

One of those states, Massachusetts, will soon be signing long-term contracts for 9,450,000 Megawatt-hourrs (MWh) of renewable energy generation and credits annually. That’s enough demand for 1,677 wind turbines, according to the United States Environmental Protection Agency’s greenhouse gas equivalencies calculator.

Canada has an opportunity to participate in that effort via exports, said Hornung, speaking on the sidelines of CanWEA’s Spring Forum that took place April 4-5 in the Ottawa area. A bidders’ conference is scheduled for April 25 on the request for proposals, which was issued at the end of last month.

Massachusetts is required to meet a greenhouse gas emissions reduction target of 25 per cent below 1990 levels by 2020. It’s one of several states that have set emissions targets.

Meanwhile, the Trump administration has issued an executive order demanding a study of trade practices by 16 countries including Canada, raising concerns that new provisions could be put in place blocking foreign companies from bidding on contracts.

Hornung said the industry supports free trade, but that the imperative of electricity cost concerns may outweigh any threat of "buy American" provisions being considered.

"I think you'll find that these [U.S. state] governments are looking to procure power at the least possible cost, and they have set aside and developed these procurement processes and opened them as broadly as possible," he said.

"I think from their perspective, electricity prices are very sensitive, you see that everywhere, so cost is going to be critical, and I think every government in the U.S. is going to say, 'Look, if I can get it cheaper from Canada, I’ll get it from Canada, and we won’t try and block that."

CanWEA’s attention on the United States fits with recently-released research by Clean Energy Canada that clean tech companies will have to go abroad in order to fuel growth.

While Canada has close to 12,000 mWh of installed wind capacity, the think tank noted that a surge in emissions-free power generation investment in British Columbia, Ontario and Quebec over the last few years had created a significant build-out, and power needs have been satiated for the time being.

He said there is now "uncertainty in Ontario and Quebec as to when the next opportunity is going to emerge," but the two provinces are still home to the largest portion of wind capacity in the country.

Within Canada, the industry is now looking to Alberta and Saskatchewan, two provinces that expect to boost their renewable energy by 2030. “The primary focus has clearly shifted westward,” said Hornung. “Wind is going to be part of the solution in both provinces, it’s very clear.”

Hornung also expects another source of growth for wind to come from electrification — the process by which electricity supplants different energy sources, such as electric cars replacing gasoline-powered cars.

Budget 2017, for example, promises $120 million over 11 years to create infrastructure in part for electric vehicle charging.

"While every province and territory will have its own approach to carbon pricing, they are all looking for ways to reduce their reliance on fossil fuels. For wind energy, that spells opportunity," he said.

The government was working to make sure Canadian clean tech companies capture their share of a North American-wide growth market, said Carr.

"We're continuing to work with our continental partners to look for ways to bring more renewable energy onto the North American grid," he said.