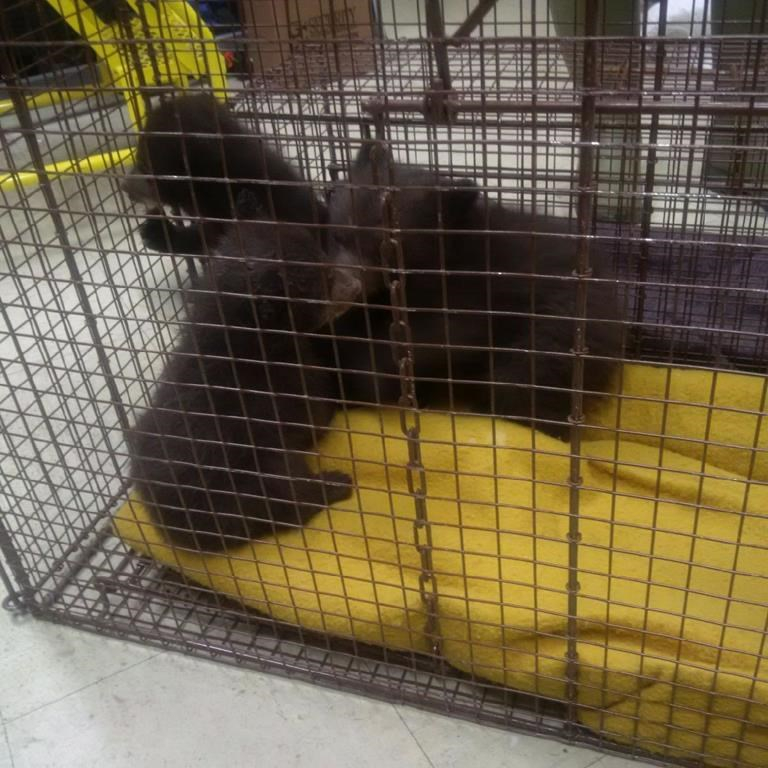 Tricomi says the cubs are about three months old, weigh about six pounds and are healthy.

But momma bear is nowhere to be found, despite several searches since her babies were found in the bathroom on April 1.

Tricomi says the cubs are too young to survive on their own and Parks Canada is caring for them.

They are considering options for the cubs, such as rehabilitation facilities or a certified zoo.

"We don't think they were in there too long, it's a pretty well-used washroom and stop area," Tricomi said.

"There was no mother bear in the area. We had the area searched for any signs bear activity and we didn't see any. We patrolled the area for a few days and no mother bear showed up. We checked our wildlife cameras in the underpass."

She said there are no surveillance cameras at the roadside pullout.

As for how the cubs got into the bathroom in the first place?

"We have no clue," Tricomi said.

Rehab and release is the only

Rehab and release is the only acceptable solution if mum is truly lost. Even the best zoo is a life sentence of misery and should be the absolute last option.