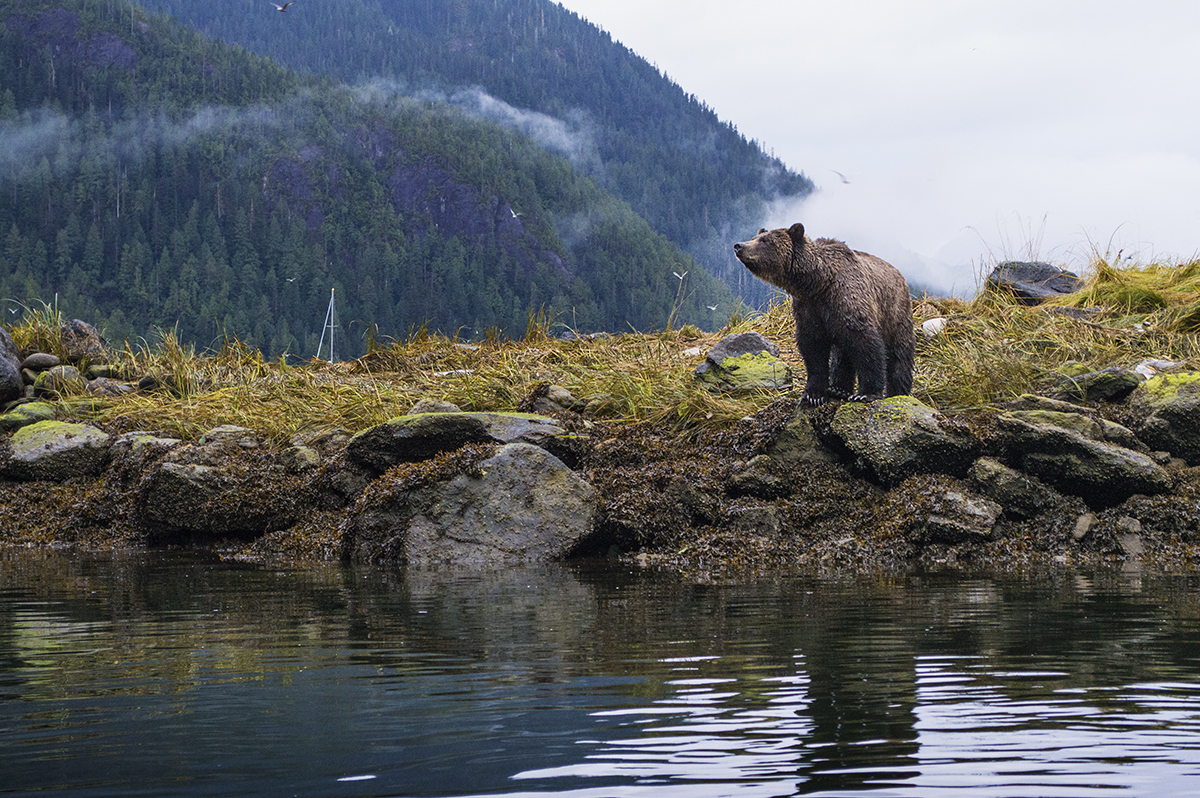 In a stunning reversal of policy, the BC Liberals are promising to eliminate grizzly bear hunting in the province's Great Bear Rainforest.

Premier Christy's Clark's Liberals made the promise as they unveiled a new platform for the May 9 provincial election that promised to protect healthy and sustainable wildlife populations.

"We must operate on the principle of conservation first in order to pass on B.C.’s natural splendour so future generations can enjoy it," said the Liberal platform. "That’s why our wildlife management practices are determined by the best available science."

The BC Liberals previously defended grizzly bear hunting in British Columbia, despite opinion polls showing nearly 90 per cent of B.C. residents opposed to the trophy hunting of grizzlies. But the new platform promised to phase it out.

"Today’s BC Liberals will work with the Coastal First Nations towards the elimination of the grizzly bear hunt in the Great Bear Rainforest, continuing with the science based approach to the bear hunt elsewhere in the province," the platform said.

"We know that many First Nations have a deep connection to the land, and also use wildlife for food, social and ceremonial uses. Our hunting, trapping and angling regulations are designed to ensure species conservation and to maintain healthy wildlife populations for use."

It's unclear whether this ban extends through the entire Great Bear Rainforest, or if it's limited to Coastal First Nations territory.

Coastal First Nations spokesperson and Kitasoo Band Chief Councillor Douglas Neasloss said he was glad to see the BC Liberals' change in position. Neasloss and his colleagues have worked together as part of the Coastal Guardian Watchmen to confront trophy hunters looking for bears on their traditional territory.

"This is long overdue," he said. "The bear hunt is very important for us to end in the Great Bear Rainforest. I've been on this file for the last 20 years, so I'm really proud that the Liberals have changed their position and are in talks to put it to an end. This is about more than the bear hunt. It's about survival for remote communities; protecting the Great Bear Rainforest, and how we're trying to save some of the industries like tourism that create jobs for the local community."

Asked what may have prompted this change, he said his group has been in extensive discussions with the province, sharing stories about First Nations culture and the how the local economy is affected by the bear hunt in the Great Bear Rainforest. He said there wasn't a firm date yet on when the grizzly hunt would be eliminated, and that the Coastal First Nations were still in talks with government to finalize the details.

The latest move by the Liberals also follows a similar commitment by the BC NDP which also pledged, last November, to end the controversial trophy hunt.

One of the provincial NDP candidates, Bryce Casavant, is a former conservation officer who was fired for refusing to kill two orphaned black bear cubs in 2015.

Chris Genovali, executive director of Raincoast Conservation Foundation, has actively campaigned against the trophy hunting of grizzly bears in B.C. over the years. He said the foundation welcomed seeing major political parties support calls to end the hunt.

"The evidence is overwhelming. Every argument that's been put out there to justify the grizzly hunt has been blown out of the water, whether it's economic, ecological or ethical," Genovali said. "Studies have shown that bear viewing generates more revenue than bear hunting.

"I think finally the political parities recognized that [grizzly hunting] is not a winning party platform, at least with regard to the Great Bear Rainforest."

Trish Boyum, a wildlife advocate who runs tours in the Great Bear Rainforest with her husband at Ocean Adventures Charters and Co., expressed concern that grizzly hunting will remain legal in other parts of B.C..

"While we are very pleased that the Coastal First Nations have ended the killing of Grizzly Bears in the Great Bear Rainforest, grizzly bears elsewhere in B.C. will continue to be killed," she said.
"We need to speak honestly about what is happening. This isn’t trophy 'hunting.' This is killing sentient beings for the thrill of the kill and for trophies...We need to show the government of Super Natural British Columbia and people from around the world that killing for cash, for the thrill of the kill and for trophies is over in B.C.."

Editor's note: This article was updated at 8:50 p.m. PT with additional background information.

Correction 9:56 p.m.: An earlier version of this article stated that Bryce Casavant refused to kill two grizzly cubs. This has been corrected to black bear cubs.

Editor's note: This article was updated on April 12 at 4:05 p.m. PT with a comment from Kitasoo Band Chief Councillor Douglas Neasloss.

Hmmmmm looks like the Liberals are getting worried. In the last two weeks or so they defended the trophy hunt of Bear Heads and all of a sudden a reversal. Getting a look at their books would be very interesting once they are gone.

Yes indeed. And the money in

Yes indeed. And the money in and out........for those LNG fantasies, will be among the most interesting reads.
The Site C travesty a close second.

Well isn't this lovely! But

Well isn't this lovely! But given our experience with Liberal promises, federal and provincial, I don't think we should hold our breath. If the B.C. population gives them another majority mandate, they may condescent to sit down with First Nations for the next four years and put out a white paper or three........but considering the LNG projects they plan to ram to that same coastline, forgive me if I don't trust Christy Clark and her versions of prosperity.

It's primarily 'electioneering'...and she knows where she has the biggest black eyes.
Wherever resource extraction profits her neo-liberal donors.