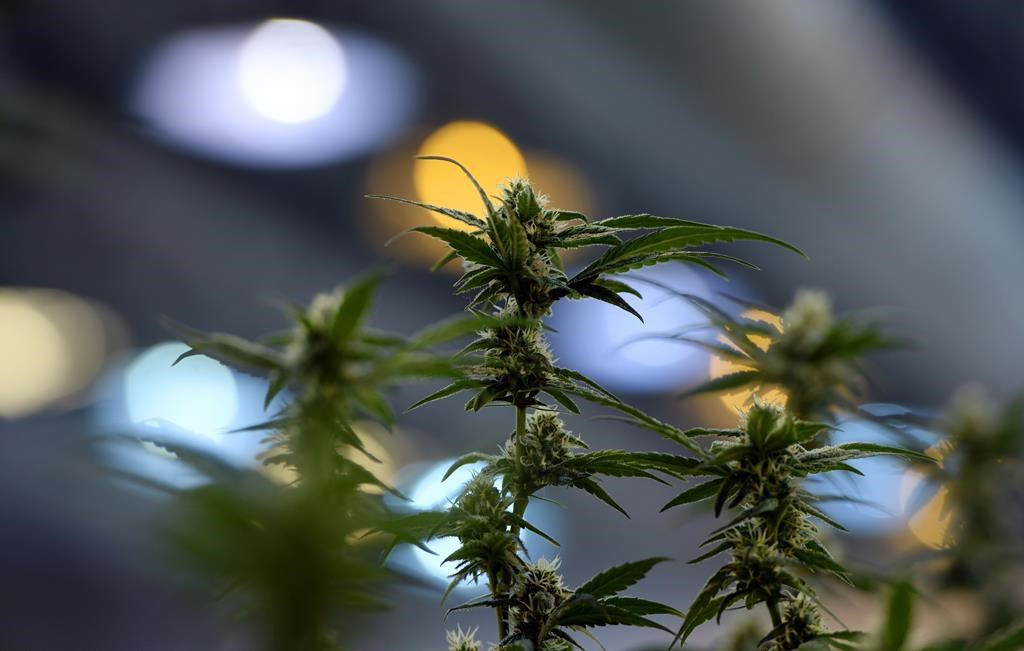 Flowering marijuana plants are pictured during a tour of Tweed in Smiths Falls, Ont., on Thursday, Jan. 21, 2016. File photo by The Canadian Press
Previous story
Next story

Ontario Attorney General Yasir Naqvi says legalizing marijuana is already proving to be a "tremendous" undertaking for the provinces and territories — and it's only going to get worse come Thursday.

That's when the federal government introduces its long-awaited legislation to legalize pot across Canada, a seismic policy shift that has provincial, territorial and municipal governments looking for something to hold on to.

Ontario has been collaborating with other jurisdictions to share information ahead of the federal legislation being tabled, Naqvi said, noting much work involving multiple ministries has been done in preparation for the changing landscape — details of which are expected in the forthcoming Liberal legislation.

Naqvi said he expects to see a fairly detailed bill — one that's going to take time to unpack, particularly when it comes to the impact on provincial governments, where issues like distribution and enforcement are front and centre.

"This is quite a large undertaking," he said. "I think last time we legalized a product that was not legal was the end of prohibition in the 1930s."

Last year, Ontario established a cannabis legalization secretariat — part of an effort to explore various options the federal legislation could present to prevent having to start from scratch once the bill is unveiled.

"We want to make sure that we are protecting the vulnerable and the youth, that we are promoting public health and road safety and that we are focusing on prevention and harm reduction," Naqvi said.

"This is also multi-ministerial work because there are several ministries that are impacted."

Ontario has also formed a working group with Quebec on marijuana to share expertise and co-operate on analysis of the federal legislation.

Saskatchewan Justice Minister Gordon Wyant said Wednesday a number of systems will need to be in place to ensure continued public safety, including on roadways and at workplaces.

The prairie provinces have said they want Ottawa to cover the additional law enforcement costs that are likely to come with legalized pot.

Bill Blair, the federal parliamentary secretary to the minister of justice and the government's point man on pot, said the federal government recognizes and respects the role of the provinces in the legalization of marijuana.

"We know that the provinces will have a very significant role, particularly in managing the retail environment and the consumption regulations," Blair said in a recent interview.

"In order to do that effectively, they are going to need to have resources for the administration and enforcement ... and so that's part of an important discussion that will take place between the federal government and the provinces."

Blair also said the federal government is committed to ensuring that police and courts have technology, training and resources to keep roads safe.

Manitoba Premier Brian Pallister had urged Ottawa to slow down on marijuana legalization, but the province has nonetheless been laying the groundwork for the federal plan.

The Manitoba government brought forward a bill last month that sets restrictions on marijuana similar to those on alcohol — it lists marijuana as an intoxicant and bans people from consuming it in a vehicle.

Last month, Premier Rachel Notley said her government will be "consulting with Albertans about how best to do this in a way that preserves public safety, preserves health and protects our young people."

B.C. Premier Christy Clark says her fear is that legalization will send the message that the drug is "harm free," despite the fact it remains a dangerous substance.

"It's not harm-free," she told The Canadian Press.

"Just like alcohol, it's got a lot of harms associated with it, so I want to make sure we do everything we can to keep it out of the hands of kids."

— With files from Allison Jones in Toronto, Tim Cook in Edmonton,