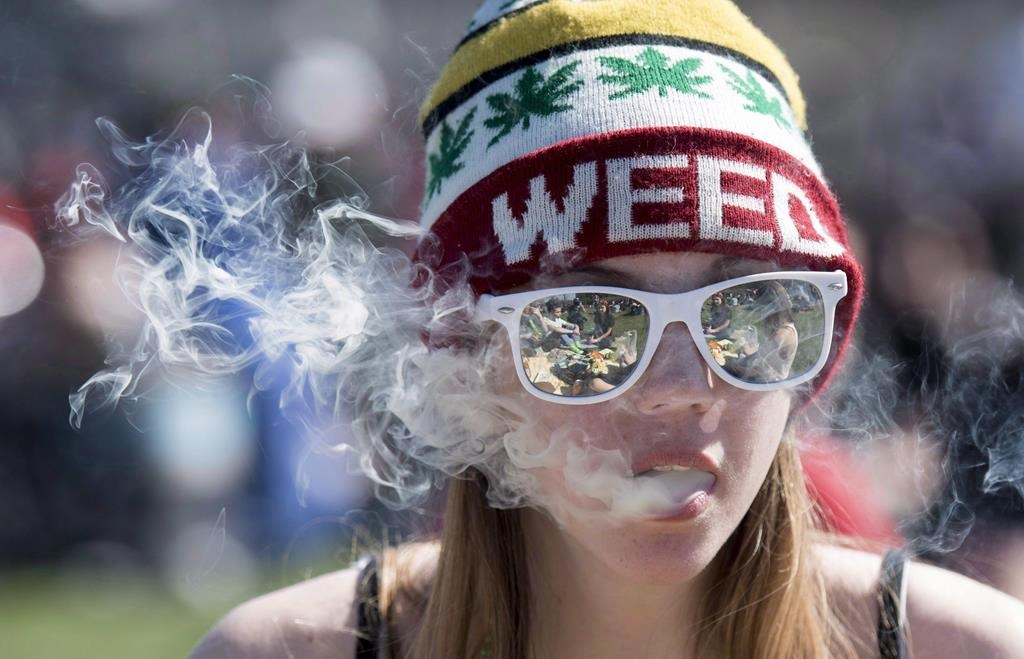 One of the seven licensed producers that lobbied the government to allow branding for marijuana products says branding is important to differentiate legal items from the black market. File photo by The Canadian Press
Previous story
Next story

When you go to a restaurant, do you order a cola?

No, chances are, you ask for a Coke or a Pepsi. That's the power of successful branding: the generic name of the product gets lost in the marketplace.

Now imagine ordering marijuana. Does a brand come to mind? Probably not.

But that could change, as a result of the Liberal government's proposed legislation to legalize recreational marijuana.

The question is: how will it change?

The government's Bill C-45, "an act respecting cannabis," prohibits packaging that could appeal to young people, as well as banning any testimonials or endorsements.

The bill also bans the use of any real or fictional people, characters or animals on product packaging, or the use of material that “evokes a positive or negative emotion.”

It's the latest twist in a battle that has pitted seven licensed producers, which lobbied the government to allow them to brand their products, against groups like the Canadian Medical Association which pushed for plain packaging.

One big question is whether cannabis regulations, expected to flow from the legislation's implementation, will resemble those for alcohol, with brands and labels permitted in certain circumstances, or for tobacco, where the federal government could be moving to plain packaging.

The Liberals hint that tobacco is the likeliest model: Health Minister Jane Philpott said the government will take lessons "from other public health issues such as the tobacco strategy" when crafting regulations.

But Brendan Kennedy, president of Nanaimo, B.C.-based Tilray, one of the seven licensed producers that lobbied the government, argues that branding allows producers to "inform consumers while not appealing to those under the age of 18."

“I think branding’s really essential and important to explain to consumers what the different products are," said Kennedy. "I also think that brands are extremely important to differentiate the legal products from the products that are available in the illicit market."

Is legalization a 'smokescreen for Liberal cronies'?

The chair of the task force, however, former Liberal deputy prime minister Anne McLellan, came under Conservative Party attack as the legislation was introduced, following a Globe and Mail story that connected a law firm she works at with the medical marijuana industry.

McLellan is a senior adviser at Toronto corporate law firm Bennett Jones LLP, which wants to be the “go-to” firm for marijuana legal advice. Bennett Jones has "at least 15" employees listed as holding shares in Supreme Pharmaceuticals, according to the news report. Supreme runs one of Canada's licensed medical pot producers, 7 Acres.

McLellan told the newspaper she didn't see a problem working for the firm and chairing the panel, and that when she gives speeches at industry-sponsored events, she does so in her role as the former task force chair, not as the law firm's adviser.

But Conservative public safety critic Tony Clement accused McLellan of being too cozy with the industry. "How deep in the grass does all this Liberal cronyism go?" Clement asked in Question Period on Thursday.

Clement persisted, accusing McLellan of having "close connections to the pot industry" and asking whether the bill was "merely a smokescreen for Liberal cronies to fill their pockets."

"The clear answer is no," said Goodale, before sharpening his threat: "If the honourable gentleman would like to make those suggestions outside the House, I am sure Ms. McLellan will meet him in court."

In the cannabis law, each province can set up distribution and retail sales systems and choose from other options, like setting their own minimum age above the federally-mandated minimum age of 18.

Kennedy is watching to see if that will be allowed with recreational pot, “and whether or not they’ll allow that initially but maybe not over the long term”

A federal mail-order system similar to the current medical cannabis regime would create some "uniformity of pricing" across provinces, he said. “I think you will see some provinces race to implement a program.”

Tilray also argues it can generate product on a far larger scale than illicit operations.

But “a patchwork of regulations across provinces has a negative impact on scale,” said Kennedy. “If the provinces had very different regulations, that may reduce the advantages of scale, and in fact empower the illicit market.”

Trudeau's push to legalize recreational marijuana comes as hundreds of illegal dispensaries have popped up in Canadian cities, even as police forces across the country continue to carry out raids.

Licensed producers of legal medical pot have long seen these dispensaries as a threat to their business.

Notes prepared for Philpott and reported by National Observer show the producers criticized an "uneven playing field," saying that "their longer-term viability is threatened" by the dispensaries' "unchecked growth."

The dispensaries, said briefing notes to the minister, created a “sense of perceived legitimacy amongst the public regarding these entities” and “confusion” over where to buy legal medical weed.

“I see illegal storefronts that operate with impunity in many jurisdictions,” said Kennedy.

“I see widespread confusion among the general public about how to legally access medical cannabis, and I see ill patients obtaining unsafe, untested, unregulated, unrestricted products and often believing that they’re purchasing a product sanctioned by Health Canada.”

If the government’s objective is to keep marijuana out of the hands of children and wipe out the black market, said Kennedy, “then the products that are available in the legal market...need to at least match the $8 billion worth of products” sold illegally.

Well, God save us - or, rather, Government save us - from the "unchecked growth" of willing sellers freely trading with willing buyers.
Vancouver is going to have a giant 4/20 "rally" today that very much reminds any viewer of a farmer's market. Hundreds of booths, the huge majority from small operations in residential basements, cheerily branding various strains of a plant with goofy names and finding out what the market will bear for those plants based on reputation, marketing, and surrounding competition.
They did the same thing last year, and the astonishing thing to me was not that the police let it happen (it would have taken a lot of police to piss off 25,000 attendees and make it stick) but that they weren't needed for anything else. There were no fights, assaults, robberies or even loud altercations. Germany's "Oktoberfest" celebration of mere beer, on the other hand, never gets through a year without several of each, plus a rape and stabbing or two. I think there were a few people who got so high they sought medical help for anxiety, but that's about it, as even extreme consumption still isn't toxic.

It's really not clear to me that this industry and market need a lot regulation or policing. Any such regulation and policing should be regarded with the darkest suspicion that it's all about destroying the mom & pop competition so that large corporations run by cronies can establish an oligopoly.

Legalization shuts down a whole 'industry' inside the policing services, guys have had whole careers around busting grow-ops and chasing down dealers. They'd be overjoyed to be given the job of busting small operations to enforce an oligopoly, rather than simply going to a whole other career.

So there's going to be pressure both from large investors who'd rather have a Rothman's/Seagram's kind of oligopoly in the new product than a thousand-small-wineries model, and from the law enforcement bureaucracy, to have a model where the government, for free, enforces a guaranteed profit model for fewer than five competitors.