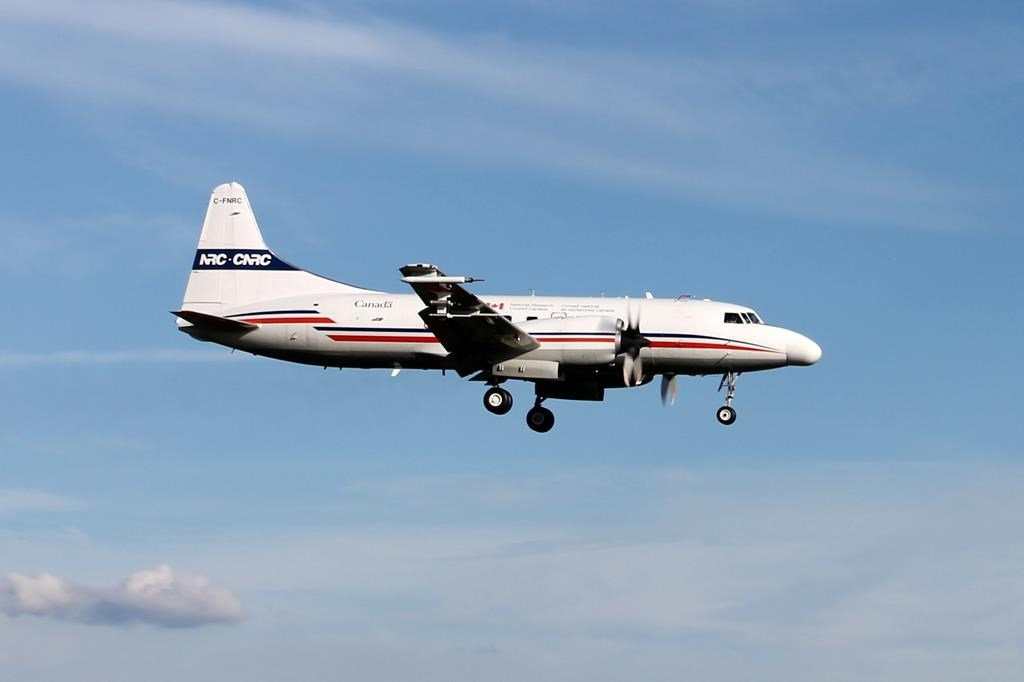 Federal government scientists say they have devised an accurate way to directly measure air pollutants from oilsands mines and suggest industry estimates for certain harmful emissions have been much too low.

The research, published Monday in the Proceedings of the National Academy of Sciences, focused on volatile organic compounds, or VOCs — carbon-based substances that can be damaging to the environment and human health.

Oilsands companies have indirect ways of calculating their mines' estimated VOC emissions. Methods include extrapolating from other substances they measure from smokestacks or from emissions associated with a specific activity, said lead author Shao-Meng Li, a senior research scientist at Environment and Climate Change Canada.

Li and his team set out to compare those figures against direct readings they took from the air above the mines.

Their experiment took measurements from a plane flown at various altitudes in a box-like pattern above oilsands mines in northeastern Alberta. That created a virtual wall of sorts around developments as big as 275 square kilometres.

"Most of these instruments are very bulky, so they cannot be mounted on the outside," said Li.

The interior of the aircraft looks like a cargo plane with a dozen or so seats for the scientists and racks of gadgets along the wall. Li said the air was brought into containers inside the cabin through special tubing and samples were taken back to the lab for analysis.

The amount of overall VOCs measured on the flights wound up being two to 4 1/2 times higher than figures companies reported to Environment Canada's National Pollutant Release Inventory.

"It's quite a powerful mechanism to make those kind of measurements," said Stewart Cober, co-author of the paper and manager in Environment Canada's Air Quality Research Division. "It's a mechanism we wouldn't have been able to do 15 years ago because the technology didn't exist."

The flights were made in the late summer of 2013. The team is planning another go-round in 2018 to see how the method works in different weather conditions.

Cober said the technique has the potential to be applied to other oil and gas projects, such as hydraulic fracturing sites and in situ oilsands developments, in which steam is used to extract bitumen from deep underground.

"What we've done is demonstrated that there is a way to make more accurate measurements," he said.

Cober hopes the research means emissions can be estimated more accurately in the future, perhaps with industry players doing their own airborne readings.

"It is a game changer," he said. "Certainly we're very excited about it."

Chelsie Klassen of the Canadian Association of Petroleum Producers, wasn't so sure.

"This study took a snapshot measurement and used that information to determine an hourly emissions profile without consideration of seasonal effects," said Klassen. "Further research is needed to make an interpretation of annual emissions to increase accuracy and understand this issue. Industry is actively working to more accurately quantify emissions from surface mining activities."

Can Canada help rid the world of toxic pollution?

Great idea to use this method

Great idea to use this method of sampling air over hydraulic fracturing activities. The analysis could also tells what toxins besides VOCs are being emitted from these wells. Long overdue knowledge. It won't tell us what is emitted underground into the aquifers but it would be one step toward a realistic assessment of the destruction of air and water quality we have seen around fracking.