By Janel Johnson | Analysis, Entertainment, Politics | May 8th 2017
#24 of 28 articles from the Special Report: Trophy Hunt 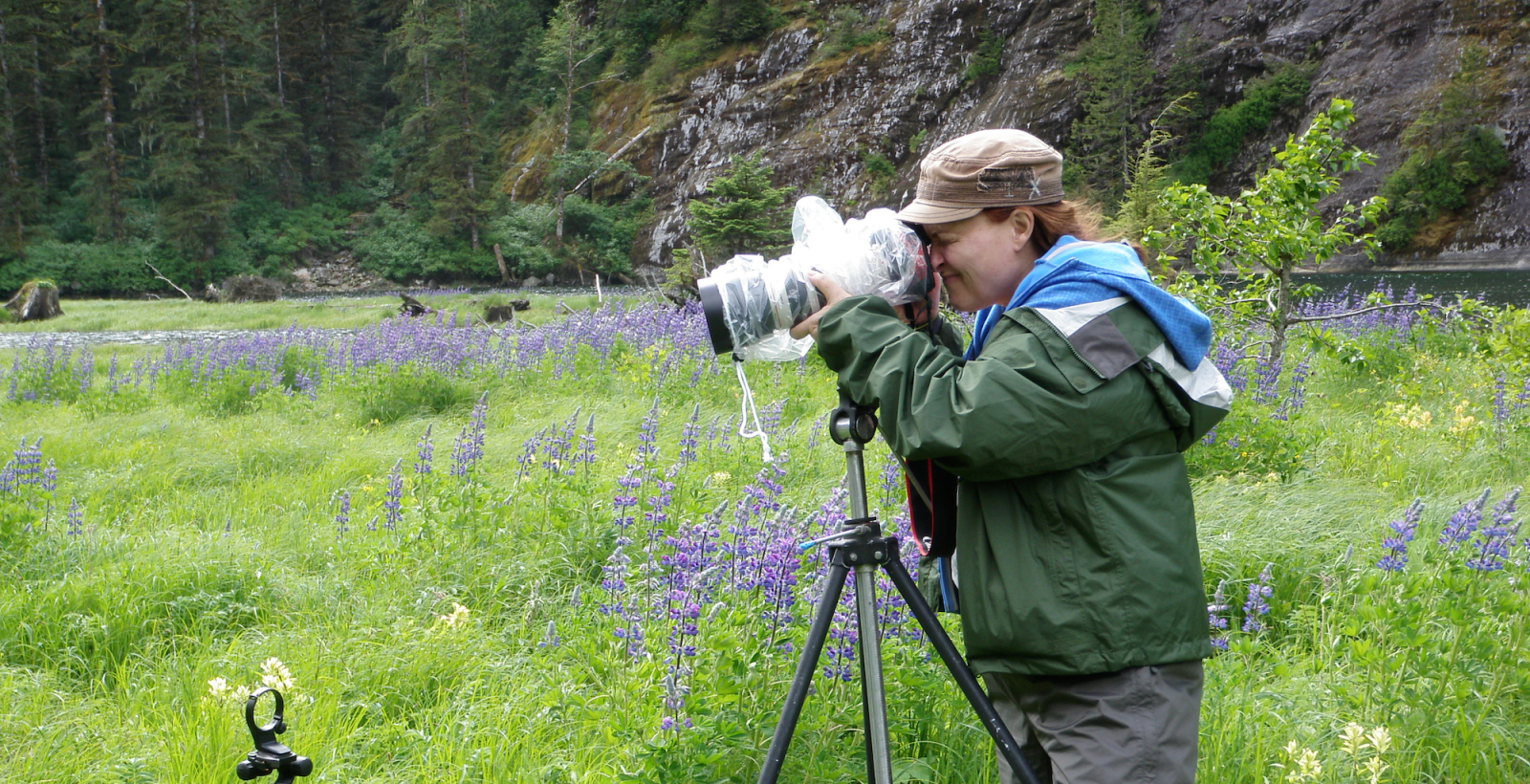 Trish Boyum is blunt about the moment that galvanized her to become an activist for B.C. wildlife.

In 2009, Boyum and her husband Eric were hosting a group of guests on a grizzly-watching expedition aboard their eco-charter boat Ocean Adventures in an inlet of Foch-Gilfttoyees Provincial Park.

When a boat entered the inlet with two men aboard, Boyum immediately had a bad feeling.

“We were gobsmacked,” said Boyum a nature photographer and eco-tour operator.

She watched the men in the boat warily. They didn’t have any fishing equipment or crab traps, she noted, but they were carrying a plastic bag full of fish guts. When they went ashore and dumped the fish guts onto the beach and hid behind a rock, her suspicions were confirmed.

“They were there to bag themselves’ a bear," she said in an interview with National Observer.

Mindful that their guests had come to view live grizzlies in their habitat, and not a grizzly massacre, she and Eric set about disrupting the bear hunters. Though the men were armed with “good-sized guns,” she said, Eric and one of the guests went ashore and confronted them while she photographed the encounter from atop the boat cabin.

Eric threatened to report the would-be hunters to authorities. Hunting grizzly bears in B.C. provincial parks is legal, he told them, but “baiting” bears with food is not.

The men eventually abandoned the hunt and left the inlet, but the encounter thrust Boyum into a new role.

“Because it happened right in front of me, it was shocking," she said. “It really got me going on being more of a voice for (grizzly) bears and against killing them for trophies.”

From that day forward, she became a staunch advocate for ending the grizzly trophy hunt in B.C.

“Almost everyday since that incident, I have written letters to government, lots and lots of letters, and copied every single MLA in B.C.,” she said. 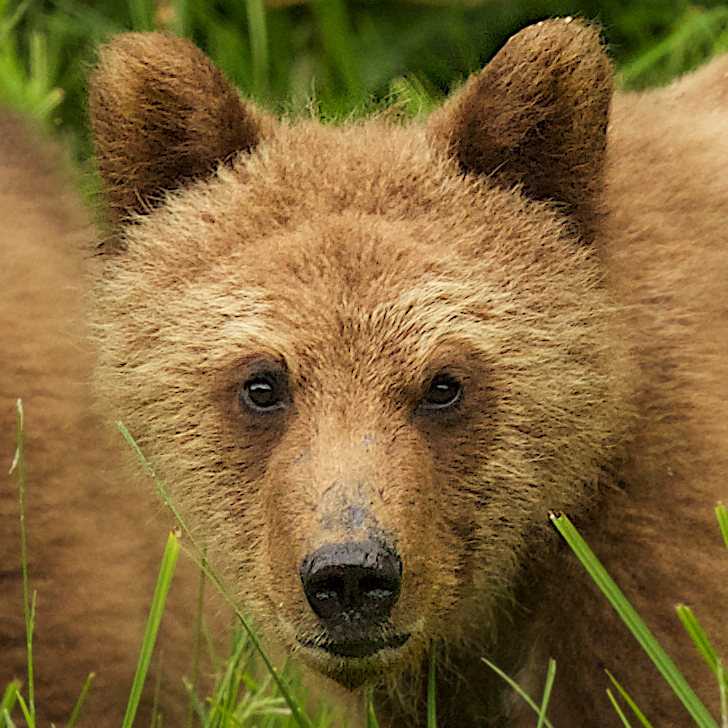 A deep connection with B.C.'s bears

Perhaps it was part of Boyum​'s destiny.

At age 10, she received a camera as a gift and was immediately drawn to photographing wildlife. As the years went by, she acquired longer and more powerful lenses, and was able to observe bears at close range.

“I could look right into the bears’ eyes,” she said. "I had even more of a connection."

Having grown up on a ranch near Kamloops, Boyum was no stranger to the idea of hunting and said she's never had a problem with hunting for food. But killing for sport — for hanging a trophy on the wall — is something she has always found "abhorrent."

Later, when studying psychology and social work in college, she learned that harming or killing animals is a red flag for anti-social behaviour in children. She wondered why it was any different for adults.

But it wasn’t until 1997 when she and Eric launched their eco-tourism business, Ocean Adventures, that she realized how much trouble B.C.'s wildlife was truly in. The province boasts the highest wildlife diversity in Canada, but according to the environmental law charity Ecojustice, more than 43 per cent of its assessed species are at risk.

“That’s when we became more active,” said Boyum. “I started having meetings with our Liberal MLA and she used to say to me, ‘I don’t really like trophy hunting either but you know, this isn’t just about us. It’s about the whole province.’”

Taking on the wolf cull too

According to a February 2017 poll by Insights West, 90 per cent of British Columbians support legislation to ban trophy hunting and 88 per cent of Canadians believe it’s time to ban sport hunting altogether. The B.C. government however, maintains that trophy hunting can be done sustainably through a "science-based approach" that includes restrictions on hunting bears of a certain age and sex, and hunting in populations of less than 100 members.

Boyum disagrees, and in addition to working towards ending the trophy hunt, she also works tirelessly to put a stop to the province's wolf cull. The B.C. government continues to support the annual practice as a measure to help endangered caribou populations bounce back, but the effectiveness (and humaneness) of that strategy is contested by scientists.

Trish opposes the cruel practice used by snipers of designating a “Judas wolf” to locate and massacre wolf packs and believes wolves are wrongly scape-goated for the demise of the mountain caribou. Like many wildlife advocates, Boyum maintains that the mountain caribou face extinction due to habitat destruction caused by industry — primarily logging.

In fact, she noted, Canfor, one of the top BC Liberal donors, was recently granted logging permits in critical caribou habitat in the area around Wells Gray Park.

For citizens like herself who want to see a change in B.C. wildlife policies, she urges voters to carefully consider each party’s wildlife platform before voting and to vote strategically.

And for her part, she said she and Eric will continue to educate people through their eco-tourism business Ocean Adventures.

"What we do is not just a business. We hope our guests will come to understand the true nature of grizzly bears, and that they aren’t so different from us," she explained. "For example, a mother grizzly we’ve seen raise two sets of cubs, sits back in the grass, with her eyes closed and hums while she nurses her cubs. Our guests can see that grizzly bear mothers are not so different from human mothers."

Trish and Eric present their guests with opportunities to learn about looking after wildlife and wild places and encourage them to learn about First Nations culture.

“First Nations people have lived side by side with bears for millennia. I believe that they are the ones that are going to lead us out of this mess, as the Coastal First Nations are doing now.”

Salmon, whales and bears: Which B.C. party has their back?