Free of baggage from Harper's Conservative era, Scheer seeks to replace him 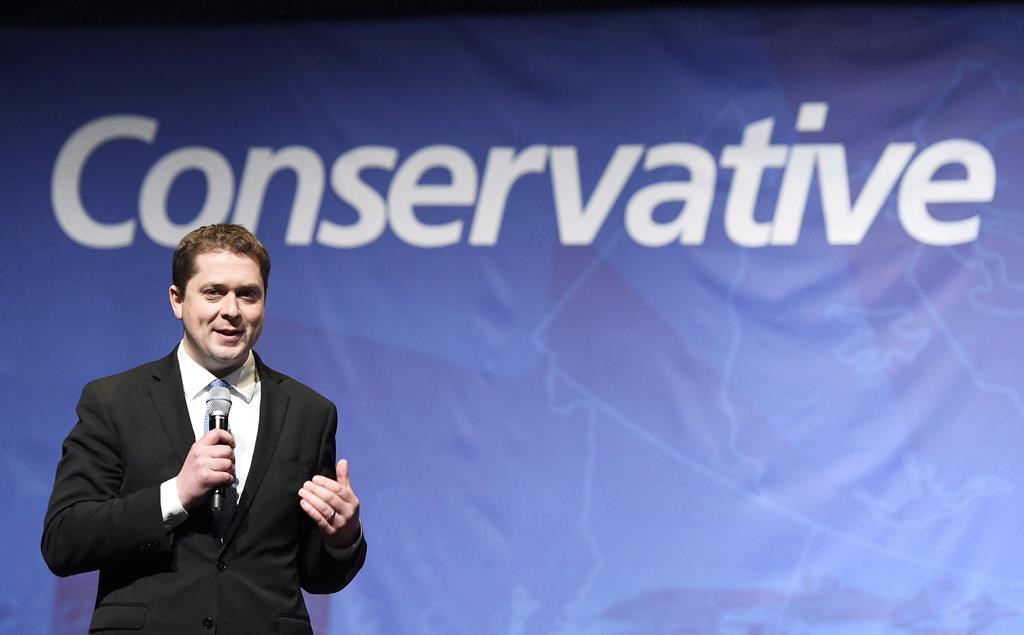 When Andrew Scheer first started telling people he was considering a run for the leadership of the federal Conservatives, he'd often get a raised eyebrow in response.

Scheer served four years as Speaker of the House of Commons, following several years of serving as deputy Speaker. In that gig, he was in charge of defusing partisan fights; why now, people wondered, would he want to start them?

Now, as he finds himself bumping elbows with the front-runners with just two weeks to go, Scheer acknowledges that being Speaker freed him from some of the previous Conservative government's excess baggage.

"There are some things that we might want to start a new chapter on, and not having been in cabinet, there's a certain sense of separation from that era," he said in an interview this week.

In other ways, though, Scheer's approach mirrors that of his would-be predecessor. He favours, for instance, Stephen Harper-style targeted tax breaks, like allowing parents who home-school their kids to claim a tax deduction of up to $1,000.

The issue, he said, is more of tone. "We just need to do a better job of making our policies resonate with everyday Canadians on a more practical level."

Born in Ottawa, Scheer finished his undergraduate degree in Saskatchewan and stayed, first running for Parliament from there in 2004. In the field of 13 leadership contenders, Scheer is the only Westerner who tops fundraising and poll numbers.

For a time, there was speculation that Saskatchewan Premier Brad Wall would enter, but Wall instead has subtly thrown his support behind Scheer, praising his opposition to federal carbon pricing and charging GST on home heating bills.

Even Wall acknowledges Scheer has faced an uphill battle.

"I think he was underestimated going into this thing," the premier told radio station CKRM last month. "By all accounts, he's built a national campaign and he's actually doing well in Quebec."

Scheer's campaign also claims dozens of endorsements from sitting Conservative MPs and senators, though some have since decamped to rival Erin O'Toole. While Scheer had more donors in the first quarter of 2017, O'Toole raised slightly more money, seen by some as a sign they are evenly matched.

While Scheer is fluently bilingual, he's also seen in Quebec as an alternative to Bernier, especially since a group of Quebec farmers who favour keeping the supply management system for dairy products threw their support behind Scheer.

Bernier wants to end the decades-old system; Scheer does not.

The dynamic between the two isn't the West vs Quebec, but something more fundamental.

Rather, he said, it's about "the difference between someone who is trying to lead a party and find that common ground, and a leader who has kind of a personal ideology that he is offering and trying to get the members to buy into it."

Bernier's approach risks shutting down the Conservative tradition of developing policy from the ground up, he said; official party policy is to support supply management, for instance.

But Scheer has first-hand experience with being on the opposite side of where the grassroots want to go.

That position spawned a rival candidacy: fellow Saskatchewan MP Brad Trost stormed out of the party's convention last May in opposition to Scheer, and later went on to launch his own leadership campaign.

Social conservative groups have also disavowed Scheer, who opposes abortion, for refusing to rekindle the debate about the controversial issue — another Harper echo. Instead, they urge their members to support Trost or Pierre Lemieux, who are spoiling for a fight on the file.

That said, Scheer the pragmatist insists there would still be room under his leadership to advance social conservative causes, if not abortion or same-sex marriage.

"If social conservatives have 50 things they are wanting to accomplish, maybe 30 of them would be divisive and wouldn't enjoy broad-based support in our own caucus," he said. "So, let's work on the other 20."

Conservative party politics getting in way of debate on environment: Chong