Defence policy update delayed until after next week's NATO summit 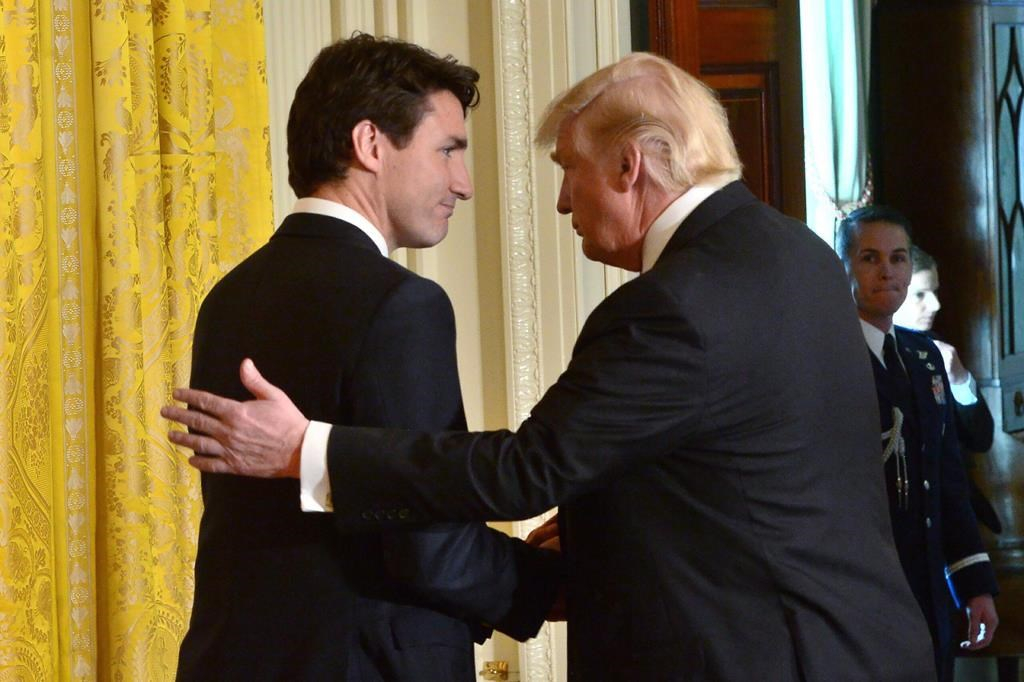 The Liberal government has delayed the release of its new defence policy, setting up a potentially awkward meeting between Prime Minister Justin Trudeau and U.S. President Donald Trump next week.

Trudeau and Trump are scheduled to gather with counterparts from other NATO members in Brussels for the alliance's first leaders' summit since Trump took office in January.

The top item on the agenda is expected to be defence spending, which Trump has been actively pressing allies to increase.

The Liberals' defence policy, which officials had promised would be released before the NATO summit, was expected to lay out a plan for how Canada would start moving in that direction.

Canada currently spends only about one per cent of GDP on defence, which is half NATO's target of two per cent and puts it in the bottom third of allies.

But Defence Minister Harjit Sajjan's spokeswoman, Jordan Owens, confirmed Monday that the policy won't be released until after the NATO summit.

The government wants to "nestle" the defence policy within a broader foreign policy context, Owens said, which will give Canadians more context on how the different pieces fit together.

The delay is likely to aggravate some allies who have been eagerly waiting to see the Liberal governments' plans and priorities for defence.

The Liberals have also faced questions about the length of time they are taking to decide on a peacekeeping mission.

Owens said some of Canada's allies took years to develop their own defence policies, even as she played down concerns about potential irritation from allies, saying the policy is "primarily for Canadians."

But the fact Trudeau will be arriving for next week's NATO summit without a policy could be cause for concern, given Trump's calls for allies to spend more.

U.S. Secretary of State Rex Tillerson went farther in March, warning that the administration wants allies to draw up concrete plans for reaching the two-per-cent target by 2024.

"Our goal should be to agree at the May leaders' meeting that, by the end of the year, all allies will have either met the pledge guidelines or will have developed plans that clearly articulate how," Tillerson said.

Sajjan and Foreign Affairs Minister Chrystia Freeland are visiting Washington, D.C., on Monday and Tuesday for joint meetings with Tillerson and Secretary of Defense James Mattis.

Owens played down any link between the ministerial visit and the government's decision to delay the defence policy's release, but the topic is certain to figure prominently in the discussions.

Liberal officials have previously said in private that the U.S. message is more for European allies, and that the Trump administration appreciates Canada's military contributions to Iraq, Latvia and Ukraine.

Liberals stick to their guns as U.S. again calls for NATO allies to spend more