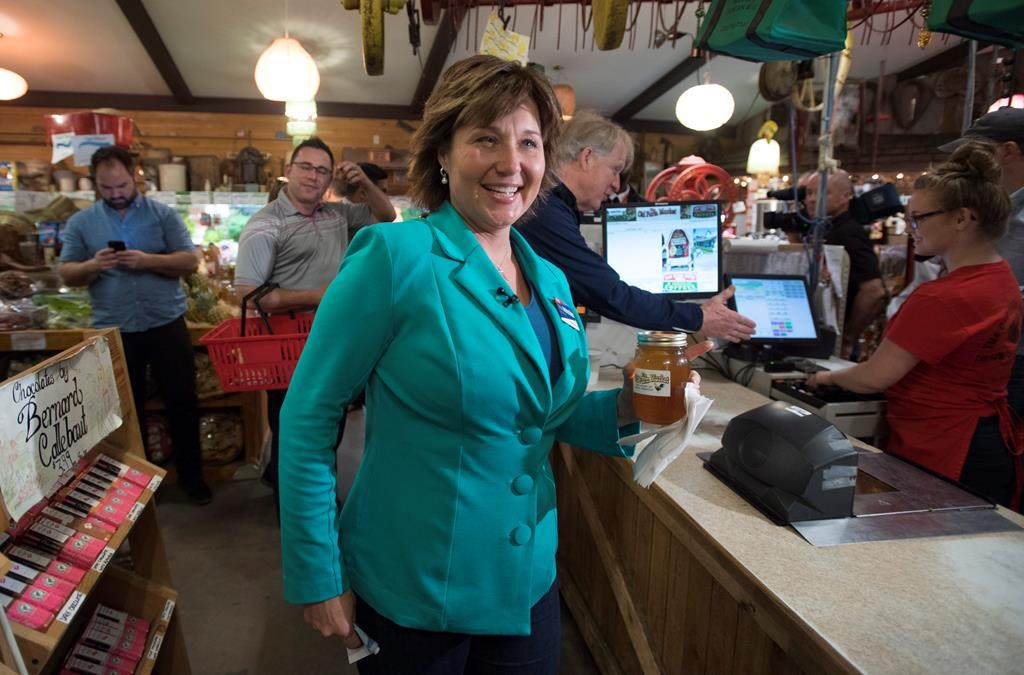 B.C. Premier Christy Clark greets supporters in the days leading up to the province's election, May 5, 2017. Photo by The Canadian Press
Previous story
Next story

Neither of British Columbia’s two main political parties are ruling out changing the province’s electoral system without holding a referendum.

The New Democrats’ campaign platform included putting the question of electoral reform to voters, but party leader John Horgan said Thursday he’s open to compromising with the Greens, who want the change introduced without a vote.

"Quite honestly I believe that this singular moment in history is an opportunity to demonstrate to British Columbians the benefits of a proportional system where two parties can come together and provide good government for B.C.," Horgan said after his first caucus meeting since the May 9 election.

"We campaigned on a referendum to affirm proportional representation, but I’m open to discussions with the Green party about their approach to this question and we’ll take it from there."

Liberal Leader Christy Clark said earlier this week that she wants to discuss the issue with the other parties before taking a firm stand, but added that she campaigned for electoral reform during her time as a radio talk show host in Vancouver.

"In the past I have been an advocate for electoral reform," she said on Tuesday. "Let’s have the discussion with the legislature and other parties first."

The NDP and the Liberals are awaiting the final results of last week’s tight election race and the leaders of both parties have said they are in talks with the Green party over forming a possible minority government.

No single party secured a majority of seats in the election, leaving the Liberals with 43, the NDP 41 and the Greens three, although those results won’t be confirmed until after next week’s absentee ballots are counted.

The Greens campaigned on a promise to introduce a system of proportional representation. Party leader Andrew Weaver said the exact form of electoral change would be a matter of negotiation.

"Our position had been that we would bring in proportional representation without a referendum ... but we would be open to discussing a referendum afterwards," Weaver said on Wednesday.

The Greens also want to lower the voting age from 18 to 16 and change the fixed date of the provincial election to October.

B.C. has voted on changing the province’s electoral system twice in the last 12 years, but both attempts failed.

In 2005, about 57 per cent of people voted in favour of a system of proportional representation, which fell short of the 60−per−cent threshold established by then−premier Gordon Campbell.

Four years later, voters were asked to vote on electoral reform but the provincial government actively campaigned against the proposal. The initiative received only 39−per−cent support.