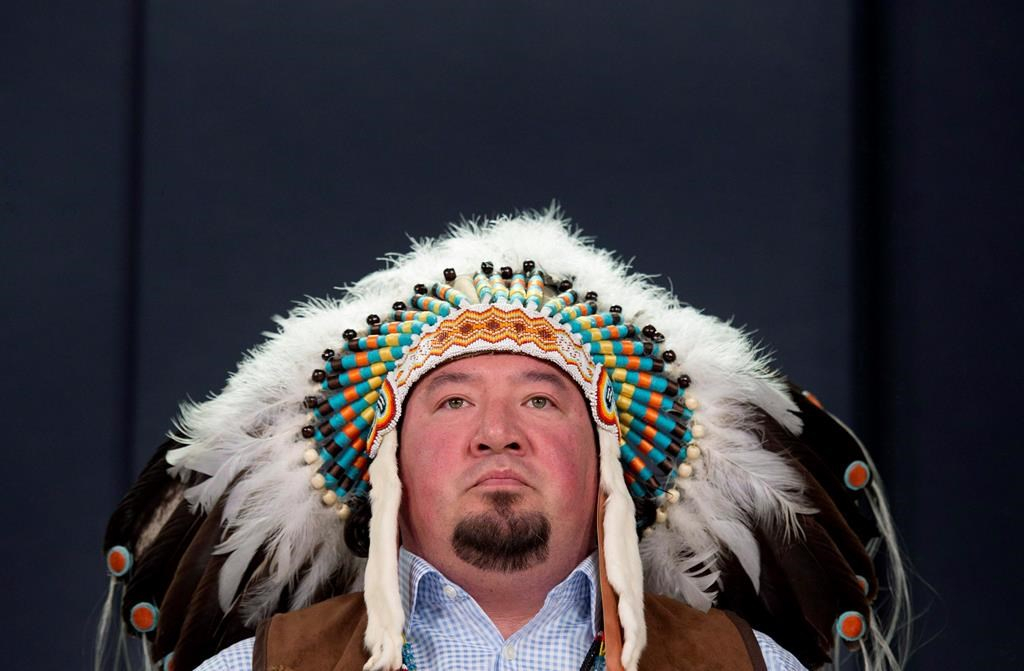 Grand Chief Derek Nepinak of the Assembly of Manitoba Chiefs discusses the ongoing rejection of Canada's Bill C-33, the "First Nations Control of First Nations Education Act" during a news conference on April 28, 2014. File photo by The Canadian Press
Previous story
Next story

A Manitoba indigenous leader plans to walk 120 kilometres next month in a decidedly different commemoration of Canada's 150th birthday.

Derek Nepinak, grand chief of the Assembly of Manitoba Chiefs, said his Walk to Remember is to celebrate the resilience of indigenous people in the face of what has happened to them since Confederation.

"We don't have a lot to celebrate when it comes to 150 years of assimilation and genocide and marginalization," Nepinak said.

"We have more to reflect upon the resilience of our families, the strength of our communities and nations of indigenous people in light of this."

Nepinak's decision follows deliberations at a recent assembly conference at which elders declared they would not be celebrating Canada 150.

The walk was also inspired by the death of Chanie Wenjack, recently brought to broad public attention by Gord Downie, lead singer of The Tragically Hip. Wenjack died from exposure and hunger at the age of 12 in 1966 after he escaped from a residential school in northern Ontario and tried to walk 600 kilometres home.

The renewed interest in Wenjack's story is part of a growing awareness of residential schools, but many non-indigenous Canadians still don't realize the extent of the damage caused by the schools, child welfare apprehensions and other government policies in Canadian history, Nepinak said.

"There's still a long way to go, but there's also been a tremendous amount of progress that's been made."

He said he has noticed, for example, more non-indigenous people taking part in ceremonies and walks, and noted the wide interest in the Truth and Reconciliation Commission.

Along with a number of supporters, Nepinak plans to cover the 120-kilometre distance over four days starting June 16.

"We feel that this is going to be a healing process for many of us."