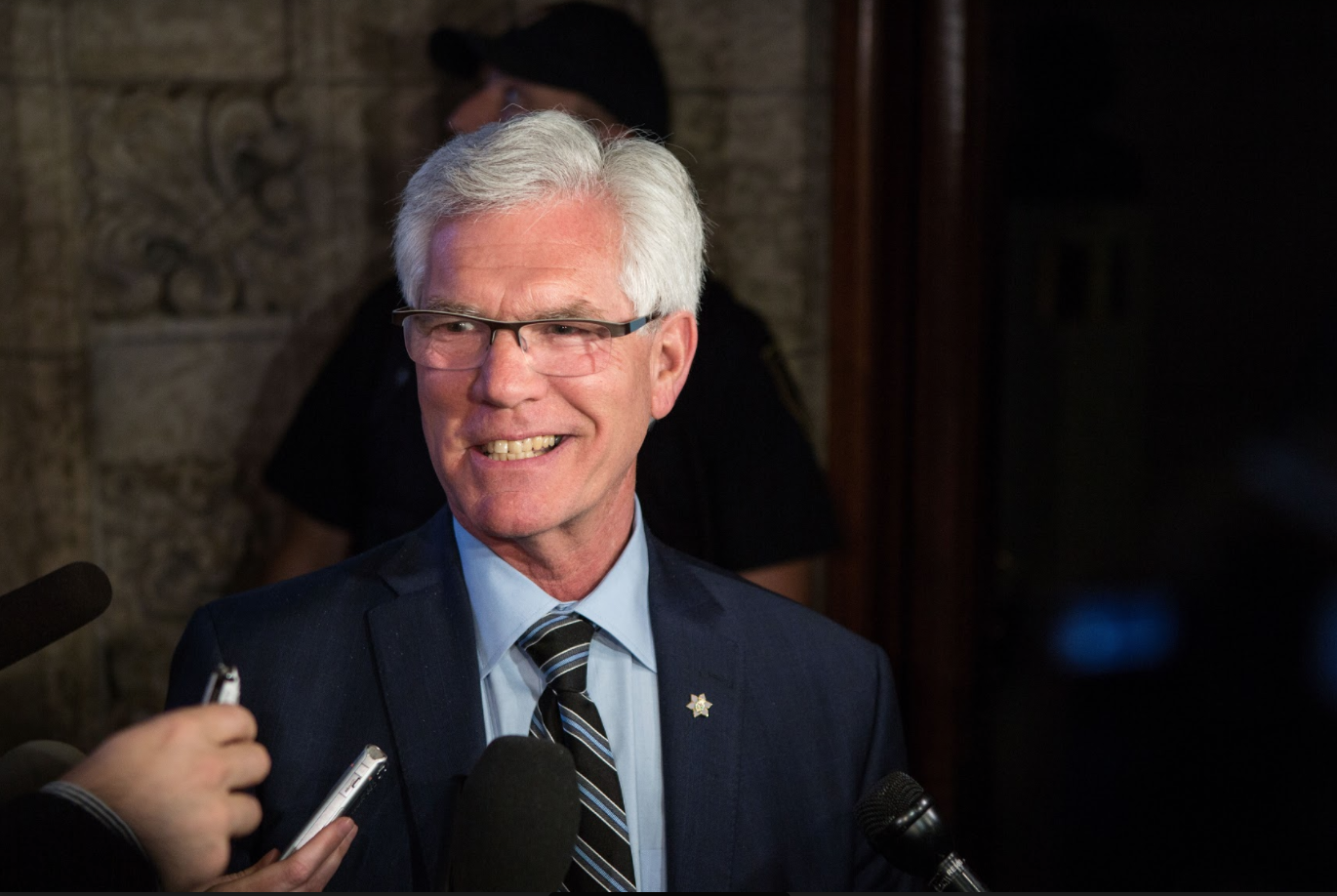 Canadian Natural Resources Minister Jim Carr has hired a prominent environmentalist to be his top advisor.

Zoë Caron, who co-authored the book Global Warming for Dummies with Green Party leader Elizabeth May, said she that she would take over a new job as Carr's chief of staff on Monday.

Caron has been an advisor in Trudeau's office for the past year and a half. She previously worked for the environmental group World Wildlife Fund-Canada as well as Clean Energy Canada and is widely respected in the Canadian environmental movement.

"It has been an incredible honour to work with the team in the Office of the Prime Minister," Caron wrote on her Facebook page on Wednesday. "The past 18 months has flown by, with carbon pricing, a climate change plan, an oceans protection plan, Arctic leadership, and charging ahead on modernizing Canada’s energy & environment laws."

Caron replaces Carr's former chief of staff Janet Annesley, a former oil industry communications executive who left the government a few weeks ago to accept a job in the private sector.

"Next up: Putting into practice what it means for the environment and the economy to go hand-in-hand," wrote Caron, who also worked with senior Trudeau advisor Gerald Butts at WWF-Canada. "From a Canadian Energy Strategy to modernizing the National Energy Board to real action on climate change, better is always possible. I have big heels to fill and a stellar team to join. Onward."

The Official Opposition in the House of Commons has previously criticized Trudeau for relying on people like Caron and Butts for advice.

"It is no secret the prime minister surrounds himself with anti-oil activists, people like Zoë Caron who believes fossil fuels must stay in the ground, or his principal secretary (Gerald Butts) who compares supporting oil to encouraging children to smoke," Conservative MP Candice Bergen said in the House of Commons in April 2016. "The Liberals have their way. Alberta investment is down 62 per cent. In fact, oil is staying in the ground and the entire country is suffering because of it."

At the time, Bergen suggested Trudeau should abandon "his anti-pipeline advice" and stand up for Canadian oil and gas companies. Since then, Trudeau introduced a national framework to fight climate change and announced his government's approval of two major oil pipeline projects in Canada, Kinder Morgan's Trans Mountain expansion from Alberta to Lower Mainland British Columbia and Enbridge's Line 3 pipeline to ship oil from Alberta to the U.S. Midwest.

By Carl Meyer | News, Energy, Politics | March 31st 2017
Reports from the Race to a Safer World