Canada should withdraw from UN drug treaties due to pot plans: opposition 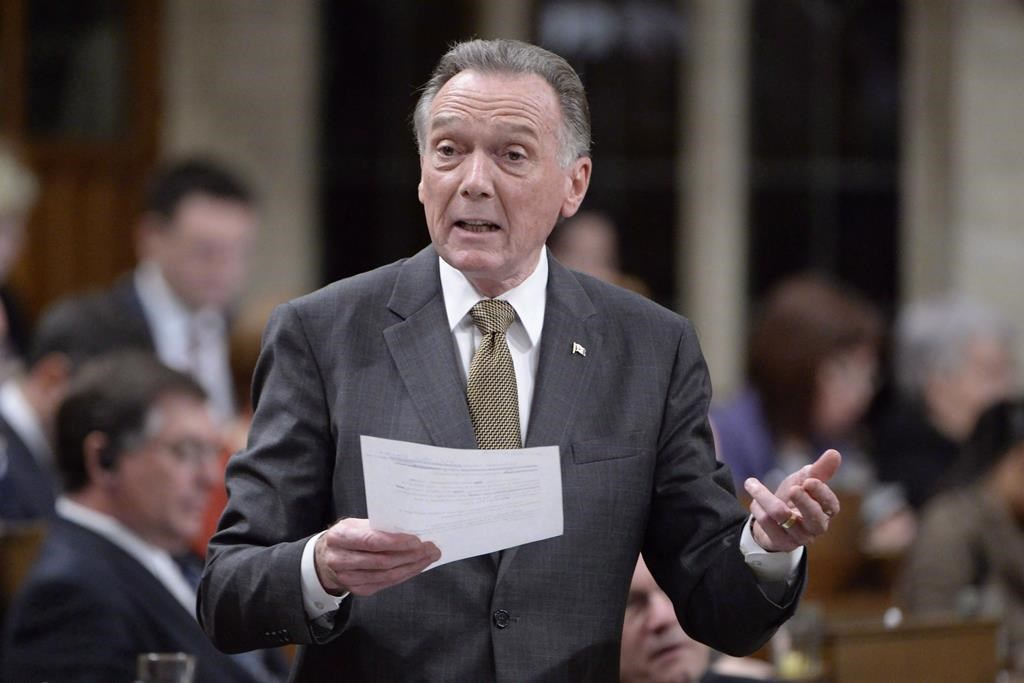 Conservative MP Peter Kent asks a question during Question Period in the House of Commons in Ottawa, Tuesday, April 11, 2017. File photo by the Canadian Press/Adrian Wyld
Previous story
Next story

Opposition parties and international legal experts are calling on Ottawa to say what it plans to do about three UN drug treaties that pose a conundrum for the Liberal government and its plans to legalize cannabis by the summer of 2018.

Conservative foreign affairs critic Peter Kent says Canada's international reputation is at stake, adding the government should pull out of the agreements rather than violate the letter of the treaties.

"The government has a position to legalize (cannabis) which contravenes the terms of those three treaties and so the government should be upfront and respect the signatories to the treaty and withdraw," Kent said.

"We would condemn the government allowing Canada to go into violation of the treaties."

Canada faced a similar decision when it decided to withdraw from the Kyoto Protocol, Kent said, noting the Conservative government pulled out in 2011 under the legal terms of the treaty. Kent was environment minister at the time.

"The bottom line is, we believe Canada ... should be principled with all of its dealings with the international organizations with which we have treaties and agreements," he said.

Steven Hoffman, director of a global strategy lab at the University of Ottawa centre for health law, policy and ethics, also believes Canada should withdraw from the treaties, saying it would send a strong message about progressive Canadian drug policies.

"Canada can't pick and choose which treaties to follow without encouraging other countries to do the same," Hoffman said in an interview.

"If we are deciding not to comply with our international legal obligations under the UN drug-control treaties, we are indirectly encouraging other countries to disregard international laws as well."

It is in everyone's best interest to have an international legal system that all can count on, he added.

"Canada can withdraw from these treaties, which themselves are old, out of date, and not reflective of current science and choose to actually even rejoin if it wants to with a reservation saying that we are OK with following the general concepts of these treaties except for their application to cannabis," he said.

NDP justice critic Alistair MacGregor said his party has been calling for the federal government to indicate its plans for the treaties because Canada must give notice before next month if it still intends to legalize cannabis by July 2018.

"We have to give some type of notice because we're changing our laws and they will no longer be in accordance with the directives of the treaties," he said.

Canada should not set a precedent of being in violation on treaties because it failed to give appropriate notice, he added.

"I just simply want to know, before July 1 of this year, do we have a plan?" MacGregor said. "Are we going to withdraw or are we going to let the treaties continue as they are? We need to have an answer."

A spokesperson for Foreign Affairs Minister Chrystia Freeland would not say when the federal government will announce how it plans to address the treaties and said Canada is compliant with its international obligations right now.

"We are currently examining a range of issues, including our international commitments," said Alex Lawrence, Freeland's director of communications.

Documents obtained early last year by The Canadian Press said all three treaties require the criminalization of possession and production of cannabis and that Canada needed to explore how to inform the international community of its plans to legalize marijuana and review steps to adjust obligations under these conventions.

—with files from Mike Blanchfield