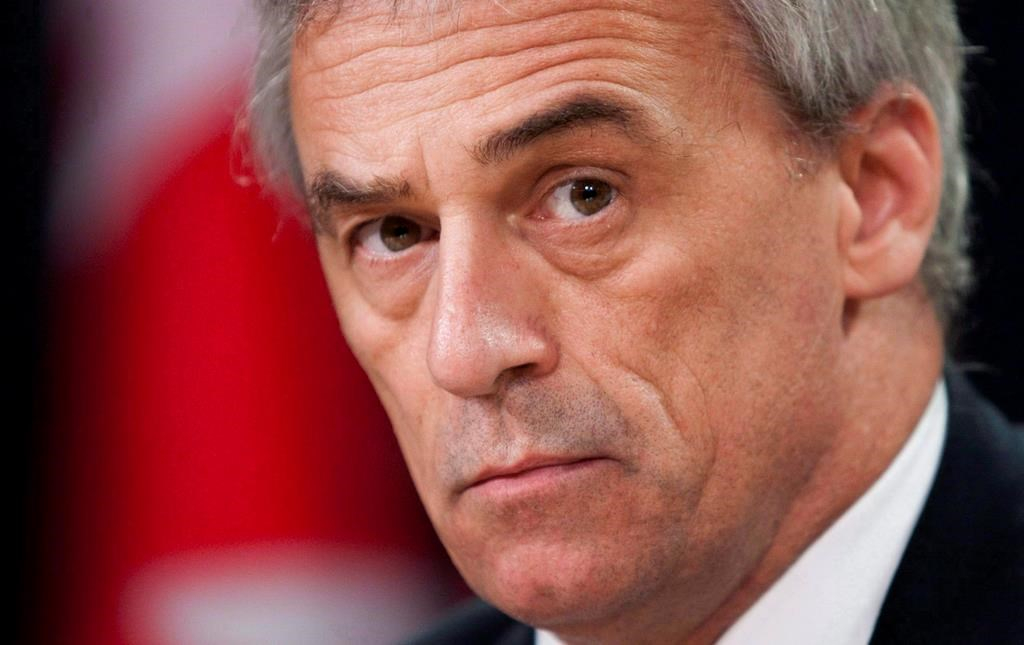 Pat Stogran holds a news conference at the National Press Theatre in Ottawa on August 17, 2010. File photo by the Canadian Press/Sean Kilpatrick
Previous story
Next story

One of the candidates for the NDP leadership race is quitting, blaming party insiders who he says don't want to see him win.

Pat Stogran posted a video Saturday on YouTube, saying the inside workings of the NDP are "fundamentally flawed."

"The fight to take on politics incorporated while also trying to take on the insiders of a political party that has no desire to see me win has proven insurmountable," he said in the five-minute video.

He also said the party has put "major obstacles" in place for candidates trying to grow the party's base from the grassroots.

Stogran is a retired Canadian Armed Forces colonel who served for over 30 years, including in Afghanistan, and said serving for the greater good was his "calling in life."

He acquired a reputation for being outspoken as the former federal veterans ombudsman under the former Conservative government.

He announced his bid to run in the NDP's leadership race in April.

But in his video, Stogran said, "As I enter my golden years, I came to the conclusion that my love for family far outweighs my love for politics, especially selfish, incompetent politics."

Stogran said the NDP will never form a government until the party itself is reformed and he doesn't see any possibility of reform.

"We believe the rules are fair and favour an open race. We welcome new ideas as the discussion around party renewal is a key focus of this leadership race," Fox said.

Stogran said he resigns with "huge sadness" from the race, and thanked his supporters and campaign team that stood behind him in his effort "to defeat politics incorporated."

MP Peter Julian tweeted, "Sad to learn that @PatStogranNDP is withdrawing from the #NDPldr race – thank you for your contribution to the debate."

MP Charlie Angus also tweeted, "Sorry to hear @PatStogran leaving the #ndpldr race. He served Canada with passion. He is an important voice for change. I wish him the best."

There are now five official candidates in the race to succeed current leader Tom Mulcair, who didn't survive a leadership review.