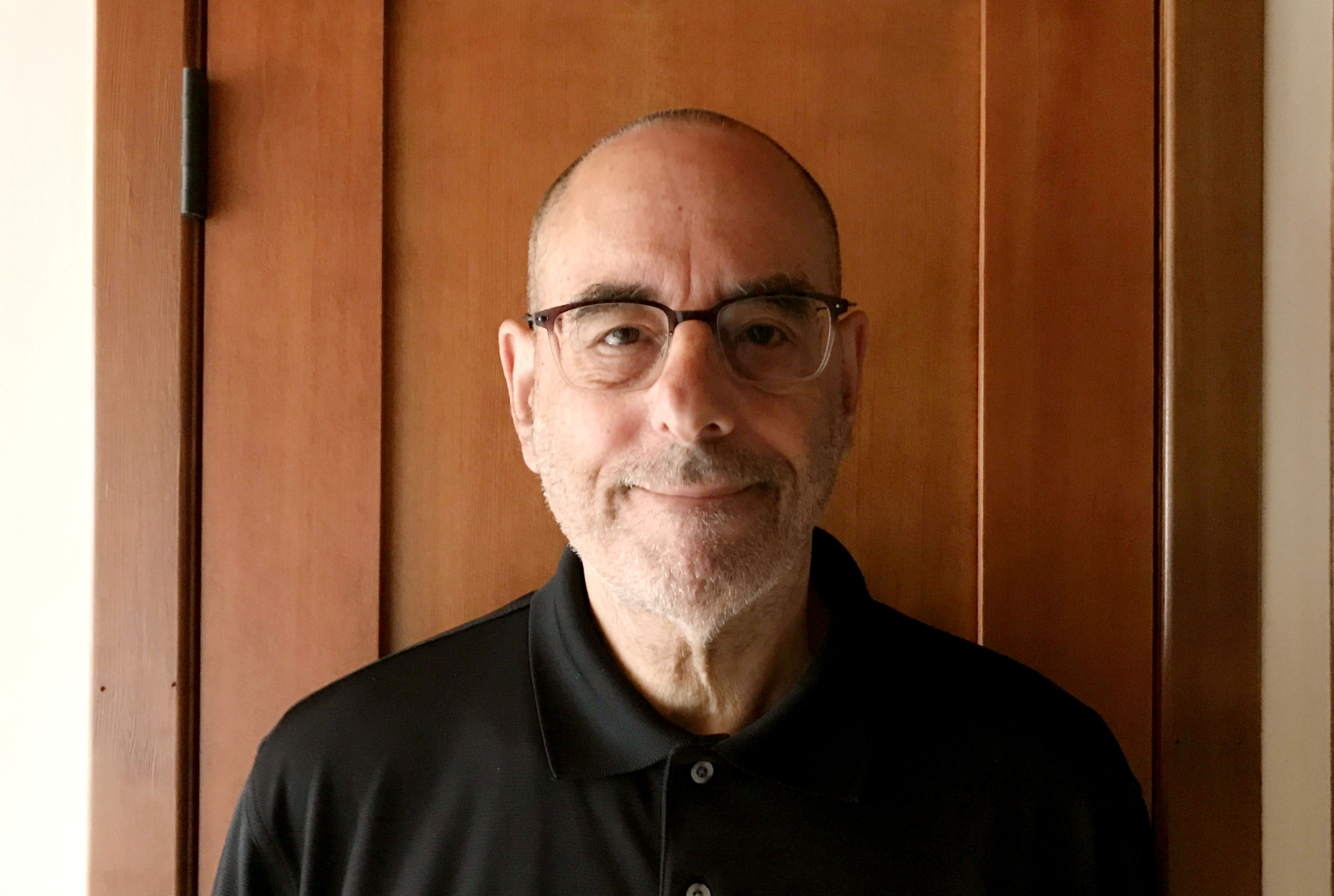 Norman Fischer is an American Zen Buddhist teacher and priest. He is the author of 17 books of poetry and six books of prose on Zen and religion. Photo courtesy of Norman Fischer
Previous story
Next story

American Zen Buddhist Norman Fischer speaks with National Observer about the power of “not-knowing,” about climate despair and the danger of confusing global warming with our own mortality. Fischer is a teacher, priest, poet and author of more than 20 books on poetry and religion.

To get things started, what does a Zen teacher have to offer on the subject of global warming?

"Well, probably not much, but it does occur to me that climate change isn't really a technical or scientific problem. The technical, scientific part of the problem is already understood: we know how to improve things if only we had the will to do it. It’s a problem of human beings thinking and behaving in a way that’s guaranteed to compound our problems.

"We’re all freaked out about our collective future. The feeling many of us now have, that we don’t necessarily have a bright future, is new. For the last few hundred years we took it for granted that things would always be improving over the generations. It became part of who we are, what we expect of ourselves. Before that though, human beings thought they were in kind of a steady state; that each generation would be more or less the same as the last.

"But somewhere along the line people got the idea that life could be, and would be better. And now we’ve lost that idea and I think it’s probably making us crazy. Especially with climate change being the reason and all these unknowns that we can’t predict. It’s scary: we really don’t know what’s going to happen (not that we ever did) and we seem pretty sure whatever it is will be bad. It’s frightening, almost like a child’s nightmare. Spooky stuff in the dark."

You know people who are in deep despair over global warming?

"Therapists’ offices around the world are full of people who are traumatized by reading the newspaper. Bad social problems and climate change seem almost to be the same thing. People feel scared and powerless. It’s beyond having identifiable bad guys we can get rid of.

But climate scientists are telling us that really bad things are going to happen.

"Big changes are coming, yes. But we can’t know exactly what they are or what life will feel like when they come.

"There’s a Zen saying: knowing is an exaggeration and not-knowing is stupidity. So yes, we know something but we don’t really know the most important things. And there’s a more profound kind of not-knowing: knowing that everything I know is subject to revision. Maybe what I know today will prove to be wrong tomorrow. Maybe something totally unexpected will happen. Whatever I know is provisional and limited.

So, we avoid despair by acknowledging what you call 'not-knowing' about the future. But it’s not fatalism either? We still work for positive change and hold out hope for the future?

"There’s always a next moment, an unknown moment. And that moment is inherently hopeful. Hope is built into time. If you don’t know that then, yes, you could feel despair. People can actually die of despair — die of “a broken heart,” as we used to say a few generations ago. It happens. Some hope is necessary."

Do you find these ideas about hope and 'not-knowing' actually help people who come to you in a state of despair about climate change?

"Let me tell you a story about a friend of mine. He was becoming increasingly upset about climate denial. It became a real mental health problem.

"His situation got worse and worse until during one conversation something just popped into my mind: ‘this is not about climate change.’ Everything he was saying was true, but I was suddenly certain his feelings were not actually about climate change, though he believed they were.

"So I told him that and he got really angry. He thought I was acting like another climate denier. At that time (during the George W. Bush administration) there were lots of climate deniers, which was one thing that was driving him crazy. So, he got mad at me. But eventually he came back and said, ‘You’re right. This is about me aging and what I’m going to lose. I care about climate change a lot, but the pain of what I’m feeling isn’t about climate change.’

"I’m convinced this is true for a lot of us. The facts about climate change are true and they are serious and devastating. A certain amount of dismay makes sense. But when we have dark and despairing feelings, it’s about ourselves. It’s about mortality. It’s about our own lack of control over the world we live in. It’s our disappointment, our guilt.

"Somehow, we justify our feelings and fail to take responsibility for them by pawning them off on climate change. If I’m freaked out, I ought to take that on as my own problem. Otherwise we go down the road of increased despair and hysteria, and then we won't be able to take positive action."

What would it mean to 'take responsibility' for our feelings about climate change?

"I think you need a religious — or anyway — some kind of larger, wider, perspective. When you have a religious perspective, you develop the capacity to fully take in suffering, to minister to it and see beyond it. You see a bigger picture. It’s related to what I was saying about hope: you see the hopefulness inherent in life, regardless of what happens.

"The religious perspective sees that this world is much bigger than it appears to be. What happens is more than it seems to be. And that “more” is not entirely knowable to human beings.

Can you make this more concrete? What’s your own spiritual practice?

"The centrepiece of Zen practice is Zazen — just sitting down in the middle of this present moment. In Zen we say that to sit in meditation is not meditation, it’s sitting in the present moment of being alive and discovering what that is.

"So we sit down in this unknowable and ineffable present moment. When we do that we are going to question all our assumptions. From the point of view of our ordinary assumptions, nothing could be more useless than sitting down and doing nothing. The whole idea of Zen sitting is already exploding every assumption about what we are, what time is, what imagination is, what’s worthwhile about life.

"Zen practice is wonderfully immediate. It requires no faith, no ideology. It’s possible that all forms of spirituality and all forms of art come down to this: a human being in the present moment, confronting reality without an agenda or an idea."

How about advice for someone not ready to take on a serious Zen practice?

"Try the practice of 'sky gazing.' Try an experiment for a week, either on a schedule or randomly interrupting yourself. Go outside and look at the sky. Literally just look at the sky and see what you feel in your body and what thoughts come into your mind and how your eye focuses on what it’s looking at in the sky. And practice that for five minutes once or twice a day. Do it for a week and see what happens. That would be pretty easy to do.

"Or maybe just breathe — take three conscious breaths as many times a day as you can remember to do it. And notice your thoughts, you feelings, your state of mind at that moment. See how that changes your point of view.

"These are simple examples of contemplative practices — something you do on your own to bring yourself back to yourself. It’s also important that people are willing to share their lives and be in dialogue with one another. It’s a great thing when people talk about their inner lives with some depth and some trust in one another. I think this too is a big part of what we need."

And how does this carry into working on issues like climate change out in the world?

"Spirituality is politics. That’s what religion is: caring beyond oneself; recognizing that one’s self is beyond one’s self, and that love and concern for one’s self beyond one’s self is an absolute necessity. I actually think that the weakness of left politics is that it’s only grounded in facts and ideas, not in the heart and the soul. This makes it less convincing to many people.

"If you have a spirituality that is grounded in concern and love for others you realize that politics is important. Politics is people interacting with one another over how we live together. We need this! We need to express ourselves to one another. All politics is supposed to be an expression of what we most deeply cherish.

"In political discourse, you are making a case and you’re not hating anybody. There’s really no place for hatred or the demonizing of enemies. There’s plenty of room for disagreement with the understanding that we all share the same heart and the same legacy. If you appear to me to be a selfish monster, that’s because my eye isn’t seeing deeply enough and your heart is not open enough to its own inmost desires.

"There’s nobody to hate and no reason to hate. How about that for a starting point for political activity?"

Norman Fischer is a poet, author and former Abbott of the San Francisco Zen Centre. He is a strong advocate for inter-religious dialogue and the founding teacher of the Everyday Zen Foundation.

I do love people who can put

I do love people who can put humanity and all its frailties into perspective. And that example of projecting an individuals fear of aging onto the dread of climate change is priceless. First fix oneself, then go out and work on the world.