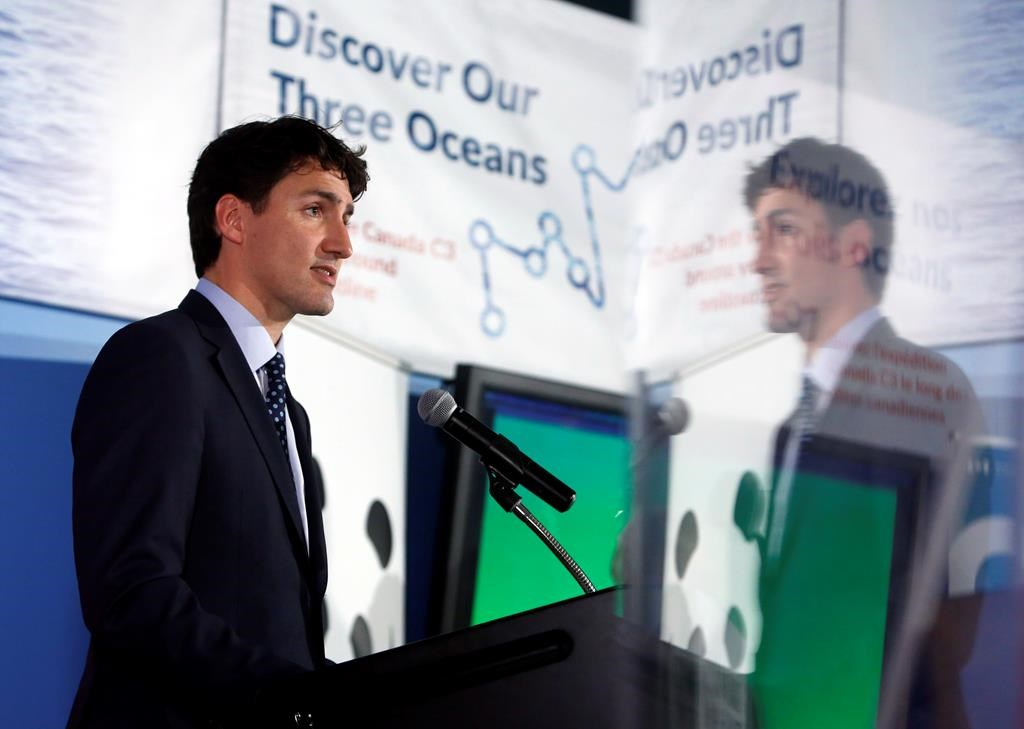 As Canada continues to tout its climate leadership on the world stage, it’s worth reviewing a Texas-based oil company’s response to a question the Trudeau government refuses to answer: how can it square its aggressive pursuit of increased fossil fuel exports through new pipelines with its commitment to the Paris climate agreement?

On the campaign trail, Justin Trudeau told Dogwood Initiative's Kai Nagata that the approval process for Kinder Morgan’s proposed Trans Mountain expansion pipeline “needs to be redone.” Once in power, however, he simply appointed a panel to conduct additional public consultation.

The Trans Mountain expansion is a controversial proposal to add 987 kilometres of brand new pipeline to an existing system that connects Alberta's oilsands to the B.C. coast. If constructed, it would triple the capacity of that system to ship 890,000 barrels of oil to Vancouver-area waters daily, sending local tanker traffic soaring.

In its report, Trudeau's new panel urged the federal government to answer six tough questions before deciding whether or not to approve the pipeline — questions on climate change, energy policy, Indigenous rights, water protection, the changing economic context, and how national interest would be determined.

Those questions were never directly addressed by the federal government, which approved the pipeline in November 2016.

Kinder Morgan, on the other hand, has recently been forced to answer the panel’s first question: can construction of a new Trans Mountain pipeline be reconciled with Canada’s climate change commitments?

That answer can be found in a last-minute revision to the legal document (prospectus) underlying the $1.75-billion share offering the company made to help finance the pipeline. The revision was made after Greenpeace challenged the preliminary version of the prospectus for Kinder Morgan Canada’s recently-completed initial public offering.

Greenpeace’s challenge argued that the company may have used outdated oil demand projections and had not fully disclosed risks from climate change.

No mention of climate impacts on cash

In a prospectus — a printed legal document aimed at attracting investment — companies are under a lot of pressure to tell the truth because misrepresenting risks to potential investors in this kind of document can lead to lawsuits. Contrary to the company’s public assurances that the project would go ahead on schedule, the prospectus warned that the Trans Mountain pipeline expansion could be delayed or stopped by legal challenges, protests, blockades, negative public opinion or a change in government.

But it didn't say much about climate change, despite the disclosure of climate-related risks emerging as an increasingly important issue for investors and security regulators.

Greenpeace’s challenge to the initial public offering argued that Kinder Morgan's pitch to investors was based on a forecast in which the world would fail to take additional policy action on climate change, and hence the oil transported through the pipeline would help meet growing demand. Yet the company failed to mention that the same experts (the International Energy Agency) who provided that forecast have also predicted that stronger policies (more in line with achieving the Paris climate agreement goals) and disruptive technology (like electric vehicles) would greatly reduce oil demand.

In omitting this data, Kinder Morgan neglected to mention a credible source of doubt on the profitability of the project.

The company’s revised prospectus acknowledged the crux of Greenpeace’s challenge, saying that the combination of government and corporate efforts to reduce climate-warming greenhouse gas emissions, “including, for example, the decarbonization targets set forth in the Paris Agreement,” and “the emergence of technology and public opinion supporting greater demand for renewables...could not only result in increased costs for producers of hydrocarbons but also an overall decrease in the global demand for hydrocarbons.”

To paraphrase: rapidly phasing out the use of fossil fuels (as agreed to in the Paris climate agreement) means that Kinder Morgan’s new pipeline would likely lose money as the demand for oil drops and its customers go bankrupt. Indeed, Canada’s largest oil company, Suncor, recently came to a similar conclusion when it found that if the world is on a path to keeping warming below two degrees Celsius, oil demand would drop.

New oil sands projects would be unprofitable, it determined, acknowledging a possible future where “no new pipelines are built out of the Athabasca Oil Sands region.”

McKenna should reflect on this as she returns home from meetings with her G7 counterparts that have renewed their support for the Paris climate agreement following U.S. President Donald Trump’s withdrawal. It would be a shame to make a farce of this cooperation by continuing to support a pipeline that's only viable if Paris fails.

Read the prospectus of any

Read the prospectus of any oil and gas company and you will find omissions such as discussed, and then some. I challenged the contents of an oil and gas company prospectus with APEGA and the ASC, relating to misleading wording or omissions regarding fracturing operations and impacts to public health. The APEGA investigation took over two years and was the most incredulous farce. APEGA is so dysfunctional, they even release transcripts of public hearings. The ASC could not have cared less about ambiguous information being presented to investors and shareholders by professional engineers, accounting firms and consultants.

If Greenpeace wants to play eco-hero, get more of your donations, they can challenge any thousands of AIF's or SEDAR filings by oil and gas companies, but that won't change the fact that all the self-regulated bodies in charge of enforcing codes of ethics and related statutes, won't find any fault with illicit filings.

"APEGA is so dysfunctional,

"APEGA is so dysfunctional, they even release transcripts of public hearings."

That should read: APEGA is so dysfunctional they even refuse to release transcripts of public hearings.

The oil industry and its pro

The oil industry and its pro-oil-expansion governments (ex: Ottawa and D.C.) are doing everything they can to keep the implications of a 2C pathway quiet. They won't model it. They won't talk about it unless forced to by the courts. Even then, as this article points out, they talk in generalities.

A classic example is the US Energy Information Agency (EIA) that produces energy modelling projections covering dozens of scenarios. But they *only* model extreme climate change scenarios far above 2C. After many rounds of emails asking them if they have ever modelled a 2C pathway to provide guidance for government, industry and citizens on that future, I finally got this response:

"No, we have not modeled a scenario that tries to match certain climate targets."

Clearly "flying blind" into the coming storm is an acceptable approach by our governments. Heck, it is the only approach...