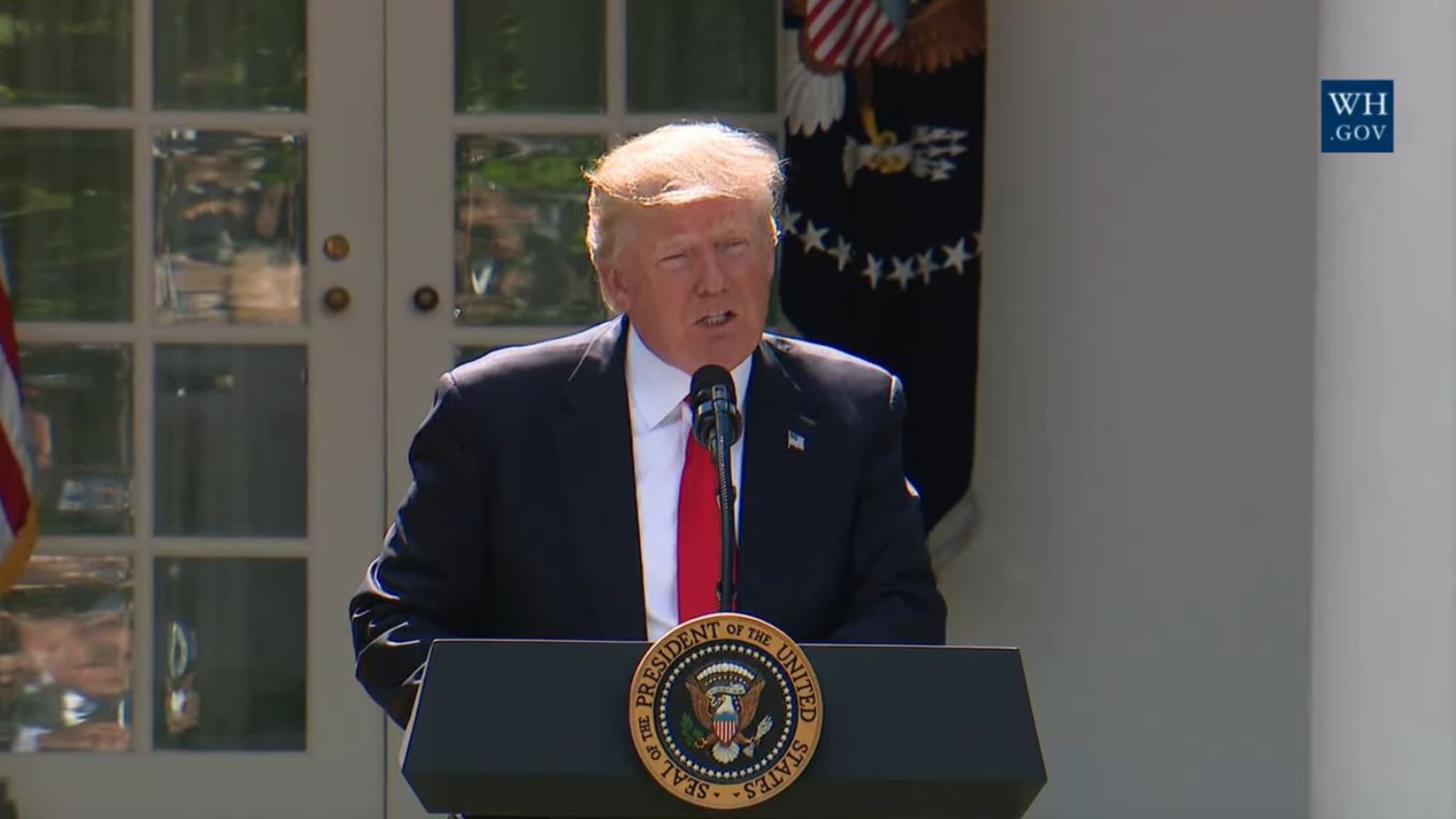 U.S. President Donald Trump officially withdraws from the Paris climate accord during a speech at the White House Rose Garden on Thurs. June 1, 2017. Screenshot from White House video
Previous story
Next story

U.S. President Donald Trump has officially announced his plans to withdraw from the historic Paris climate accord, citing the "Draconian" financial and economic burdens it would impose on his country.

He made the announcement from the White House Rose Garden on Thursday afternoon, after delaying a decision on the international agreement until after the G7 summit in Italy last month.

"As president I can put no other consideration before the wellbeing of American citizens," he said during a press conference. "The Paris climate accord is simply the latest example of Washington entering into an agreement that disadvantages the United States for the exclusive benefit of other countries."

Nearly 200 nations signed the landmark Paris Agreement during a United Nations climate conference at the end of 2015 with the goal of keeping global warming below two degrees this century. While characterized as "legally-binding" under international law, there are no sanctions for governments that flout the goals to reduce climate-warming greenhouse gas emissions.

Trump was also isolated at the G7 summit in Italy and criticized by his peers for failing to support the climate deal.

Moments after his announcement, Canadian Environment Minister Catherine McKenna went to bat for the global climate pact, tweeting that it was a "GOOD deal" for Canada and the rest of the world:

The Paris Agreement is a GOOD deal for Canada and the world. pic.twitter.com/Ia8Dqs8bQl

During his speech, Trump said the treaty was "non-binding" and more about other countries "gaining a financial advantage" from the U.S. than it was about fighting climate change. Meeting its targets would require America to shutter millions of industry and manufacturing jobs, he claimed, creating employment opportunities in other countries that would still be permitted to grow those sectors.

"The agreement is a massive redistribution of the United States wealth to other countries," said Trump. "I was elected to represent the citizens of Pittsburgh, not Paris."

As part of America's eventual withdrawal from the accord, Trump said the U.S. would no longer contribute to the global Green Climate Fund, which costs the U.S. a "vast fortune." The Green Climate Fund is a financial mechanism under the UN Framework Convention on Climate Change that developing countries and vulnerable societies invest in low-emission, climate-resilient development.

Trump however, maintained that America will be the "cleanest and most environmentally-friendly country on Earth" without sacrificing jobs. He would be willing to rejoin the Paris Agreement, he added, or an entirely new climate accord, after negotiation "terms that are fair to the United States, its businesses, its workers, its people."

Trump's comments about the climate deal follow a major report released by the International Renewable Energy Agency that estimated the planet would have more than 24 million renewable energy jobs by 2030.

He did not offer any kind of timeline for renegotiating or any indication of what the country's next climate action steps might look like.

By Carol Linnitt | Analysis, Energy, Politics | November 17th 2016
Reports from the Race to a Safer World