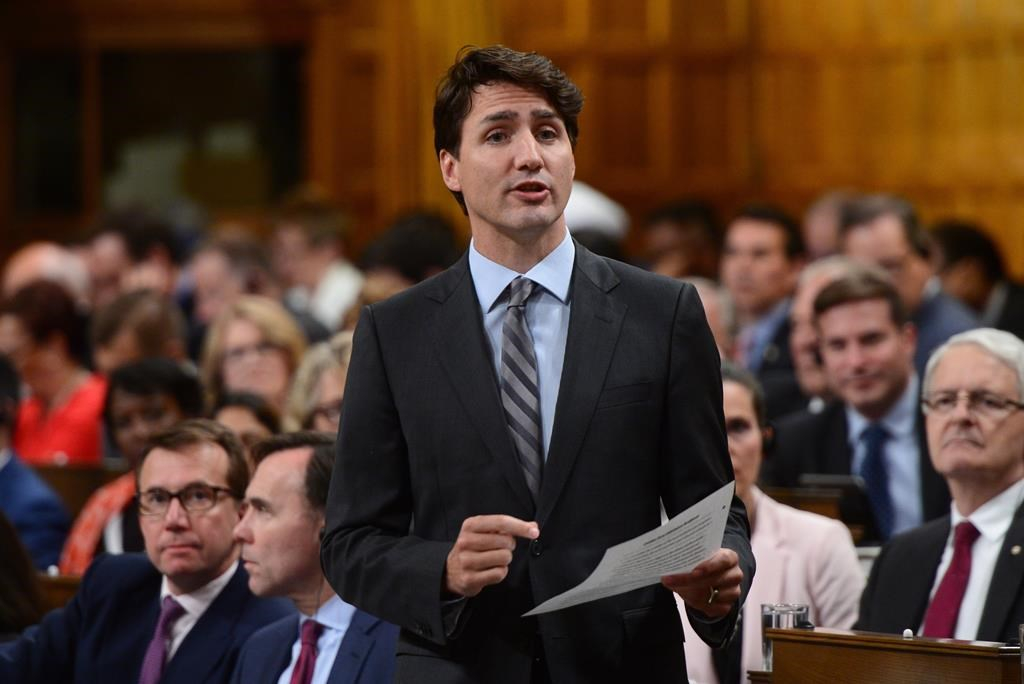 The Liberal government of Prime Minister Justin Trudeau, speaking here in the House of Commons, was expected to introduce new amendments to Canada's access to information law on Monday, June 19, 2017. File photo by The Canadian Press
Previous story
Next story

The Trudeau government plans to cap the spring sitting of Parliament with long-awaited legislation on Access to Information and national security — bills unlikely to be debated by MPs in a serious way until the fall.

With just days left before MPs are slated to retreat to their ridings for the summer, the bills will — at the very least — signal the government's intention to fulfil key promises.

The government had promised an initial wave of changes to the Access to Information Act by the end of winter — what Treasury Board President Scott Brison called "early wins" on overhauling the antiquated law intended to give Canadians access to federal files.

The planned amendments included giving the information commissioner the power to order release of government records and ensuring the access law applies to the offices of the prime minister, cabinet members and administrative institutions that support Parliament and the courts.

The pledge was considered an essential plank of the government platform on transparency designed to differentiate the Trudeau Liberals from Stephen Harper's Conservatives, who broke 2006 campaign promises to modernize the access law.

In March, Brison's office cited the complex nature of the task in delaying the Liberal plans.

The bill to be introduced Monday by Brison, Democratic Institutions Minister Karina Gould and Justice Minister Jody Wilson-Raybould could be the first substantial set of amendments to the access law in 34 years. The government has also promised a full review of the law by 2018, and mandatory reviews every five years thereafter.

The Access to Information Act allows people who pay $5 to ask for everything from internal federal audits and meeting minutes to correspondence and studies. Departments are supposed to answer within 30 days or provide valid reasons why they need more time.

However, the system has been almost universally criticized as slow, out of date and beset by loopholes that allow agencies to cling to information, including files more than half-a-century old.

In her recent annual report, information commissioner Suzanne Legault said the law was being used as a shield against transparency.

The extensive package of legislation will include more robust oversight of Canada's border agency, which has faced some pointed questions over issues including in-custody deaths.

In addition to new scrutiny for the Canada Border Services Agency, the bill will propose changes to ensure existing security watchdogs can exchange information and collaborate more easily on reviews.

The legislation will also follow through on Liberal promises during the last election to repeal "problematic elements" of omnibus security legislation ushered in by the Conservatives after a gunman stormed Parliament Hill.

The Trudeau government has committed to ensuring all CSIS warrants respect the Charter of Rights and Freedoms, to preserving legitimate protest and advocacy, and to defining terrorist propaganda more clearly.

It has also pledged that appeals by Canadians on the no-fly list will be subject to mandatory review.

The Liberals say the overall idea is to strike a balance that ensures security agencies have the tools they need to keep Canadians safe, while respecting the rights and freedoms of a democratic society.