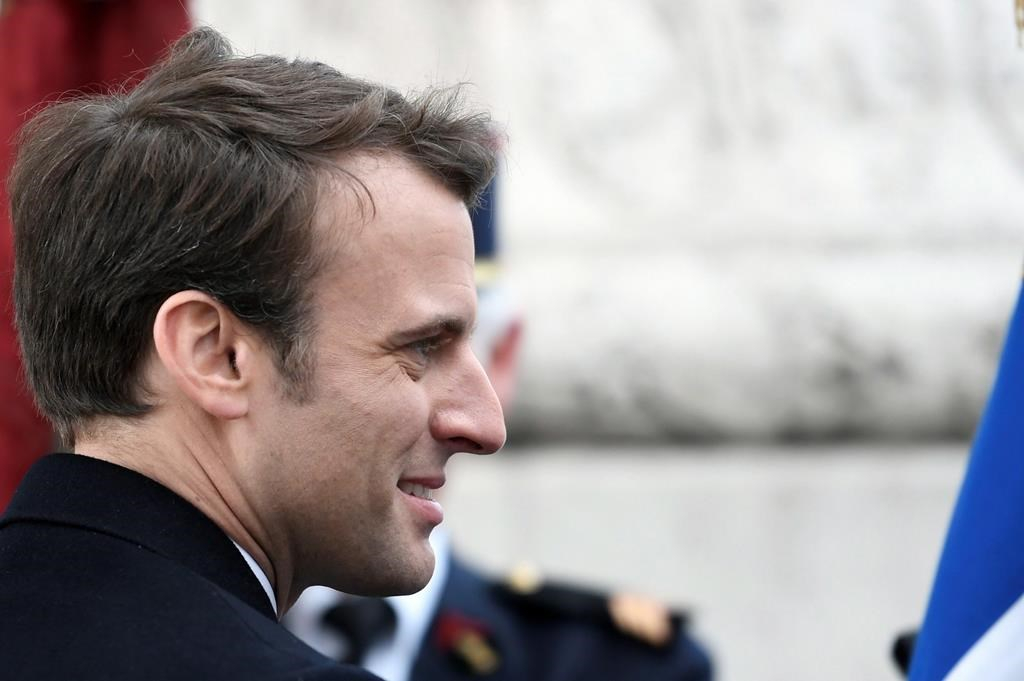 The government of French President Emmanuel Macron, seen here in May 2017, has introduced an aggressive plan to fight climate change. File photo by The Associated Press
Previous story
Next story

France has introduced an aggressive plan to fight climate change that includes several major policies that would shake up the global economy.

From banning the sale of diesel and gas-powered cars to a pledge to keep fossil fuels in the ground, France has raised the bar on climate change, setting a new standard and challenging the rest of the world to follow.

It's all part of a comprehensive strategy launched this week that aims to promote a clean energy transition that addresses gaps between the rich and the poor.

"Climate change issues are the cornerstone of universal solidarity," said Nicolas Hulot, the French minister responsible for the ecological transition and solidarity, as he unveiled his plan on Thursday. "It is our duty to go beyond our targets, to go further and faster.

"I hope that the ecological and social transition, this formidable economic, environmental and social opportunity, can improve the daily lives of all French citizens. This solidarity must also be shared on the international stage."

Nicolas Hulot, the French minister responsible for the ecological transition and solidarity, unveils the country's new climate plan on Thurs. July 6, 2017. Video courtesy of the Government of France

France hosted an international climate change summit in 2015 that produced the historic Paris Agreement on climate change. More than 150 countries, including Canada, have signed the treaty calling on governments to take actionsto keep global temperatures "well below" a threshold of 2 C above pre-industrial levels.

Scientists, economists and policy analysts say the 2 C-limit is the tipping point that can lead to irreversible damage to the planet's ecosystems and the economy.

France's new climate change strategy was unveiled as the planet's largest economies were meeting in Germany to pressure the United States administration of President Donald Trump to continue participating in global efforts to fight climate change.

Trump has announced that the U.S. intends to withdraw from the treaty.

But France's bold commitments could have a substantial impact on market demands as they implement policies and attempt to persuade others to follow their efforts to keep fossil fuels in the ground and to ban sales of conventional cars that use gas or diesel.

Here are some key highlights of France's plan:

France has proposed a suite of measures to transform its economy and energy consumption to eliminate any net carbon pollution by 2050. This would include the elimination of greenhouse gases produced from electricity generation.

France is also proposing a plan to ensure that home energy consumption is affordable for everyone within 10 years by introducing policies to make homes more efficient and lower their energy costs.

The government says it will introduce its national low carbon strategy by the end of 2018. It would aim to strike a balance between man-made carbon pollution and the capacity of the planet's ecosystems to absorb it.

Keep fossil fuels in the ground

France says it now imports about 90 per cent of its oil and gas from abroad. But it will ban any offshore oil and gas exploration as well as fracking on its territory as part of national efforts to move away from fossil fuels.

The country has set a goal of eliminating all production of oil, gas and coal by 2040.

"The priority is...to reduce consumption, but also to keep hydrocarbons in the ground, because scientists explain that the vast majority of these resources must not be used if we want to have a chance of staying below 2 C," the government says in its climate change plan.

The government says it will introduce legislation in support of these goals by September and will provide support for workers, businesses and territories that are directly affected by the end of fossil fuels to help them make the transition.

France has joined other jurisdictions such as India, the Netherlands and Norway that have introduced plans to move away from the sale of gas and diesel-powered cars. France wants to eliminate the sale of these cars by 2040.

"There's a revolution that's waiting for us with more vehicles that are autonomous and more that are shared," France said in its climate change plan. "This revolution is an incredible opportunity that we need to accelerate.

"This is why we are setting a goal today of ending the sale of cars powered by gas or diesel by 2040 and to encourage auto manufacturers to innovate and become leaders in this market."

Banning products that cause deforestation

In keeping with an UN declaration on protecting forests signed in New York, France, along with 35 other countries including Canada, will close its borders to any products that contribute to deforestation.

Its climate change plan calls for rapidly ending imports of any products that in the planet's three major tropical forests in the Amazon, Southeast Asia and Africa.

Noting that deforestation is responsible or about 10 per cent of global greenhouse gas emissions, the government said its plan could target products such as palm oil or unsustainable soy products.

Paris wants to be the green financial capital of the world, promoting green growth and discouraging investments in businesses that could harm the planet or society.

The government wants France to be "at the heart of reflections on taking climate change risks into account in regulations for the financial sector."

In its new climate plan, the French government also says it was the first country in the world to demand that investment funds publish information about the environmental, social and operational impacts of their investment strategies and policies. This obligation came into effect as of Jan. 1, 2016.

France says it will support non-government groups that are acting to fight climate change. The government said it would organize a series of events to accelerate their efforts and allow these groups to play a key role next to governments and at upcoming international climate change negotiations.

The ultimate goal would be to intensify a global mobilization against climate change as well as to increase support for developing countries in their struggle to adapt.

This initiative by France

This initiative by France seems at first, hard, and maybe unrealistic. In fact, what is unrealistic is doing nothing. Humans, and especially politicians, have a very short concept of "the long term." We westerners have been grossly abusing the planet for about 300 years or more and are into the period of rapidly accelerating change. If we want humans to continue on Earth, we heed to consider France's proposals to be a bare minimum. The right environment to make money, and for full employment, after all, is of little use if we're all dead.

Congratulations to the French

Congratulations to the French Prime Minister for thinking about the future of this planet, and what our grandchildren will inherit!