Not about 'profiting:' Khadr opens up on settlement of his fight with Ottawa 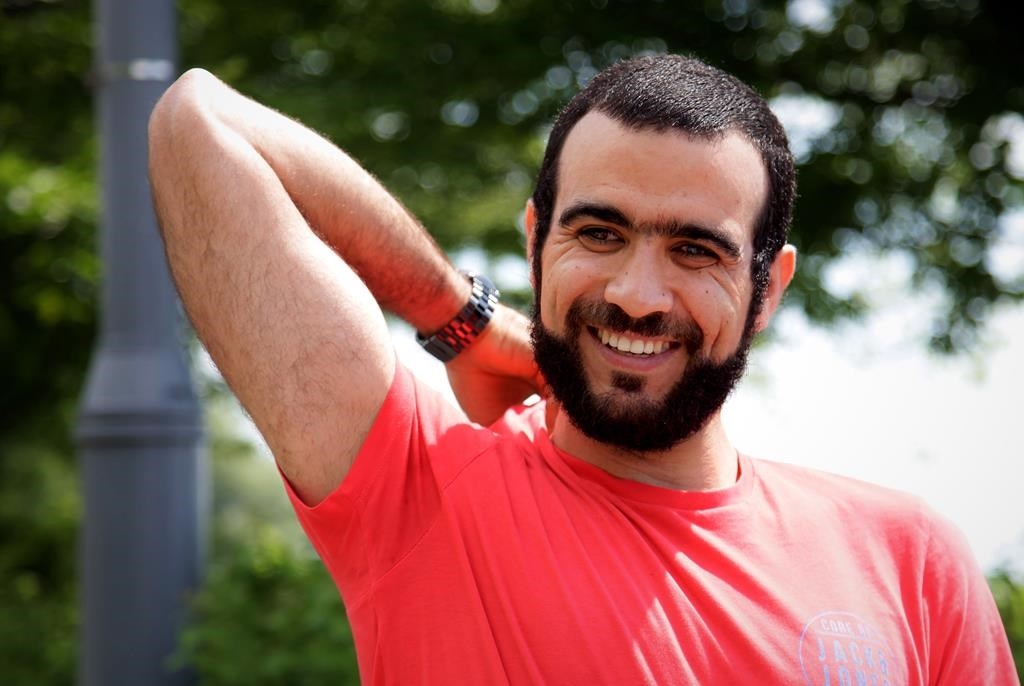 Sitting in the eye of a hurricane of fury rarely seen in Canada, former Guantanamo Bay prisoner Omar Khadr quietly speaks of a day when the dust has finally settled and he becomes, as he puts it, someone on the street you don't look twice at.

For Khadr, settlement of his long-running dispute with Ottawa over breach of his rights is not about denying a bleak past.

"Listen, I want to be in a place where I don't have any more legal cases, I don't have any prison time, I just want to be a normal person who doesn't have to worry about going to court," he told The Canadian Press. "Hopefully, eventually, it will come."

Still, Khadr harbours few illusions about the anger sparked by word that Ottawa paid him millions of dollars to settle his lawsuit, or about how Canadians see him.

"I'm not a hardened terrorist bent on doing anything, but they don't have to believe what I say. Look at my actions," Khadr said Thursday, a day before the government announced settlement of his $20-million lawsuit and publicly apologized to him.

"It's been a struggle to find jobs. The good thing about this apology for me is that it's going to restore a little bit of my reputation here in Canada."

Speaking on Parliament Hill, Public Safety Minister Ralph Goodale minced no words about Canada's role in Khadr's mistreatment following his capture as a badly wounded 15-year-old in Afghanistan in July 2002.

"The settlement that was announced today has to do with the wrongdoing of Canadian officials with respect to a Canadian citizen," Goodale said. "You simply need to read two very comprehensive judgments of the Supreme Court of Canada."

Those judgments relate to Canadian intelligence officers travelling to Guantanamo Bay to interrogate Khadr, whom the Americans had subjected to weeks of sleep deprivation to soften him up, then sharing the information with U.S. agents and prosecutors who would later charge him with war crimes. Video released by court order showed a desolate teen weeping for his mother after realizing the Canadians were not there to help him.

Khadr, 30, was adamant he's not trying to deny or excuse his past but stressed his most fervent wish was to be a solid productive citizen out of the public eye. The settlement, he said, is part of that journey.

"I just want to be the next person on the road that you don't look twice at," he said. "I want to work as a nurse somewhere...to relieve people from pain. I have a lot of experience with pain."

While neither Goodale nor Khadr would talk about details of the settlement, sources confirmed the government has already paid him $10.5 million to end the protracted proceedings — stoking anger among those who believe the money should have gone to relatives of Sgt. Chris Speer, the American special forces soldier Khadr was accused of killing in Afghanistan.

The settlement is no undeserved windfall — despite what many Canadians are saying, Khadr said.

"I don't look at this as profiting. This is not a time for profit or for gaining or for thinking, 'I hit the jackpot'," Khadr said softly, his brow furrowed. "I'm sorry if this is causing people pain. I'm trying to turn a page. Not to forget that page, but just trying to turn a page and move along."

Word of the money transfer came on the eve of a hearing Friday in Ontario Superior Court aimed at enforcing a US$134.1-million default Utah judgment against Khadr from two years ago.

The suit was filed on behalf of Speer's widow, Tabitha, and another American ex-soldier, Layne Morris. Khadr is alleged to have thrown a grenade that killed Speer after a fierce firefight and bombardment by U.S. troops at a compound in Afghanistan in July 2002. Morris was blinded in one eye in the same battle.

Asked whether money should be going to Speer's family, Goodale expressed sorrow for their loss but said the government had nothing to do with that legal fight.

Canadians have in the past opened their wallets for Tabitha Speer and her two children. For example, the South Alberta Light Horse Regiment Foundation, whose members served in Afghanistan, sent her US$50,000 in October 2012 — a month after Khadr's return to Canada from Guantanamo, where had he spent 10 years.

Khadr did not defend against the Utah suit — he was in prison in Canada at the time. Justice Thomas McEwan adjourned Friday's hearing until July 13 to allow service of materials on Khadr's lawyer, Nate Whitling, who drafted Khadr's initial claim against Ottawa in 2004.

The American civil judgment was based almost entirely on the fact that Khadr pleaded guilty to five war crimes — including killing Speer — before a widely condemned military commission in October 2010.

Khadr has long claimed to have been tortured after American forces captured him in the rubble of the compound. He said he confessed only to be allowed to leave Guantanamo and return to Canada, because even an acquittal would not have guaranteed him his freedom.

Supporters have also long pointed to the fact that he was just 15 years old when he committed the acts to which he confessed — and therefore he should have been treated as a child soldier in need of protection, not prosecution.

Khadr is on bail living in Edmonton while he appeals his underlying conviction in the United States on the basis that he was convicted for acts that were not crimes at the time he committed them. An end to that case still appears to be years away.

.... and what about those Americans who killed Omar's father; why are they not being jailed and sued? I do not understand the whole matter; when you are at war is or is it not accepted that you can injure or kill your enemy?