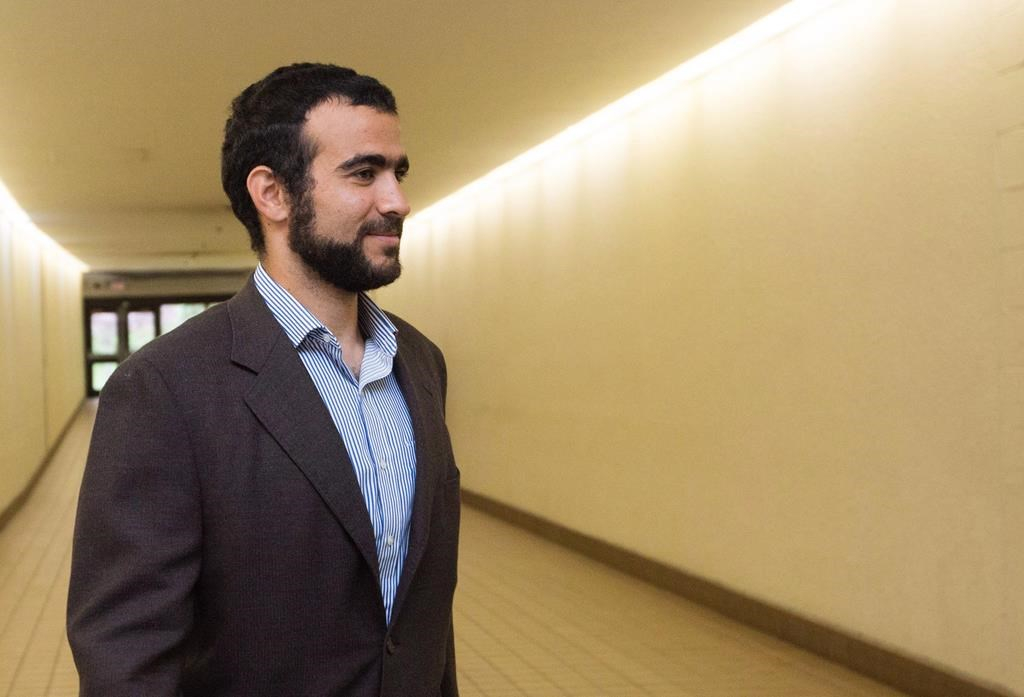 Omar Khadr on his way out of an Edmonton courtroom, Sept. 18, 2015. Photo by The Canadian Press
Previous story
Next story

That’s how Conservative leader Andrew Scheer described Omar Khadr’s payout after the former Guantanamo Bay prisoner had his rights trampled by the Canadian government. Scheer's disgust is politeness itself compared to the viciousness on social media.

Tensions are running high. Seventy-one per cent of Canadians say that the Canadian government “did the wrong thing” with the $10.5-million payment to Omar Khadr.

People are recommending assassination of the prime minister right onto the Facebook pages of members of Parliament. 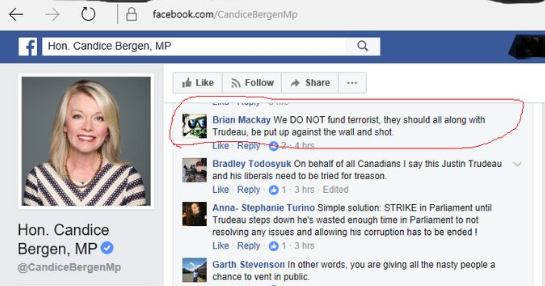 This is precisely the moment for reporters to dig behind the storm of opinion and outrage and deliver insightful analysis.

But too many media outlets are vacillating between reporting on opposition to the payment and highbrow lectures on how everyone (even people you hate) has rights.

Liberal friend emails to say apolitical friends at soccer were talking about tonight $ for Khadr; "All really pissed." This is going to hurt

People like you who subscribe to National Observer and read our exclusive articles know that the team I work with does things differently.

Columnists like Sandy Garossino focus on the evidence and make sure that you have access to the information you need to make your own decisions.

That’s how we make progress, learn and fix things. It’s how we avoid the nasty polarization that has emboldened racists and tangled up Americans with a horrifying reality show in the Oval Office.

You have to go to new media outlets like National Observer to get some real insight, to actually learn something about the case.

After Sandy published What if Omar Khadr isn’t guilty?, she delivered a challenge to the Twitterverse:

If you're convinced #Khadr killed Speer, please read this & then explain how he did it.

It’s been seven years since the Supreme Court found that Canada’s treatment of Khadr “offends the most basic Canadian standards about the treatment of detained youth suspects."

Garossino painstakingly clarifies that Khadr went through all those years in Guantanamo, abetted by the Canadian government, based on extremely poor and contradictory evidence.

The uproar created by Omar's haters is not about his innocence or guilt. It's rather a mixure of political opportunism & bigotry/racism. https://t.co/eFaqrrBQhb

Let's me put things more bluntly: Omar Khadr would not have been mistreated/demonized if he were not Muslim.

Only nine per cent of Conservative voters support the Khadr settlement. The number is just 39 per cent for Trudeau voters. The issue is highly volatile and supercharged with –isms.

So many media outlets are telling you what you ought to think. But you deserve thoughtful analysis to make up your own mind on an issue as fraught as this one.

Writing like Sandy Garossino's takes time, effort and a depth of reflection and insight. If you value in-depth, thoughtful analysis about Canada, you can make sure more of it happens.

Subscribe to National Observer today and empower our team of journalists to bring you the full story.

I think Canada dealt a pretty

I think Canada dealt a pretty shabby life to Khadr, despite his innocence or guilt, simply because he was a Canadian child under the influence of his parents when his "crime" took place. However, all that being said, I am very curious about the parameters used by our present government in determining the AMOUNT of compensation he received. He said he just wants to go into health work and disappear into the crowd. 10.5 million will guarantee that that will never happen. It'll be a full time job for him to handle that amount. He'd better get trained as a stock broker. Investigative instincts alone should require Garossino to do an article on the issue of how, and by whom, this amount was decided. Then people like me might be content if it was not just an emotional knee jerk.

Andrew Scheer and other scaly

Andrew Scheer and other scaly dragons are roused to fury over our Supreme Court's careful ruling that confirmed successive Canadian governments allowed a fifteen year old Canadian citizen fighting in a war zone to be seized by a foreign government, the USA, jailed in a dark and lawless zone without a trial--"an illegal process", the Supreme Court states, in a zone notorious for being what every country on earth would call a wholesale torture camp complete with waterboarding. Omar Khadr is then "visited" by CSIS, not a Canadian intervention to protect his rights- quite the opposite. In the words of the Court, Canada's treatment of the youthful detained suspect Omar Khadr "offends the most basic Canadian standards." The Supreme Court found our own government responsible, and required a settlement and an apology from it to Omar Khadr. Those roused dragons, like all dragons fixed narrowly on the glittering treasure hoard, breathe fire about the settlement. There is, is there not, the vast and horrific matter of our governments' lengthy and profound failure to acknowledge a Canadian citizen's rights? Which triggers the dragons more grimly- the loss of a glittering hoard or the violation and abandonment of a youthful Canadian citizen? The talk is all of the hoard, and among them none of the apology for human rights violated.

I agree with you Chris and

I agree with you Chris and this reporting is one reason why I will continue reading the national observer. I really felt that the mainstream media dropped the ball when the news of the award broke.

Andrew scheer should take responsibility for his party's failure to treat Omar kahdr- like a 15 year old child soldier under the indfuence of his father. It doesn't take rocket science to figure out that this individual was not in a position to make a fully conscious decision for his actions when guided by the idealism and influence of his environment. (family). I am not happy with the amount agreed to by the current government either, but the blame should be directed to the previous harper government for being so pig headed in dealing with this whole case.