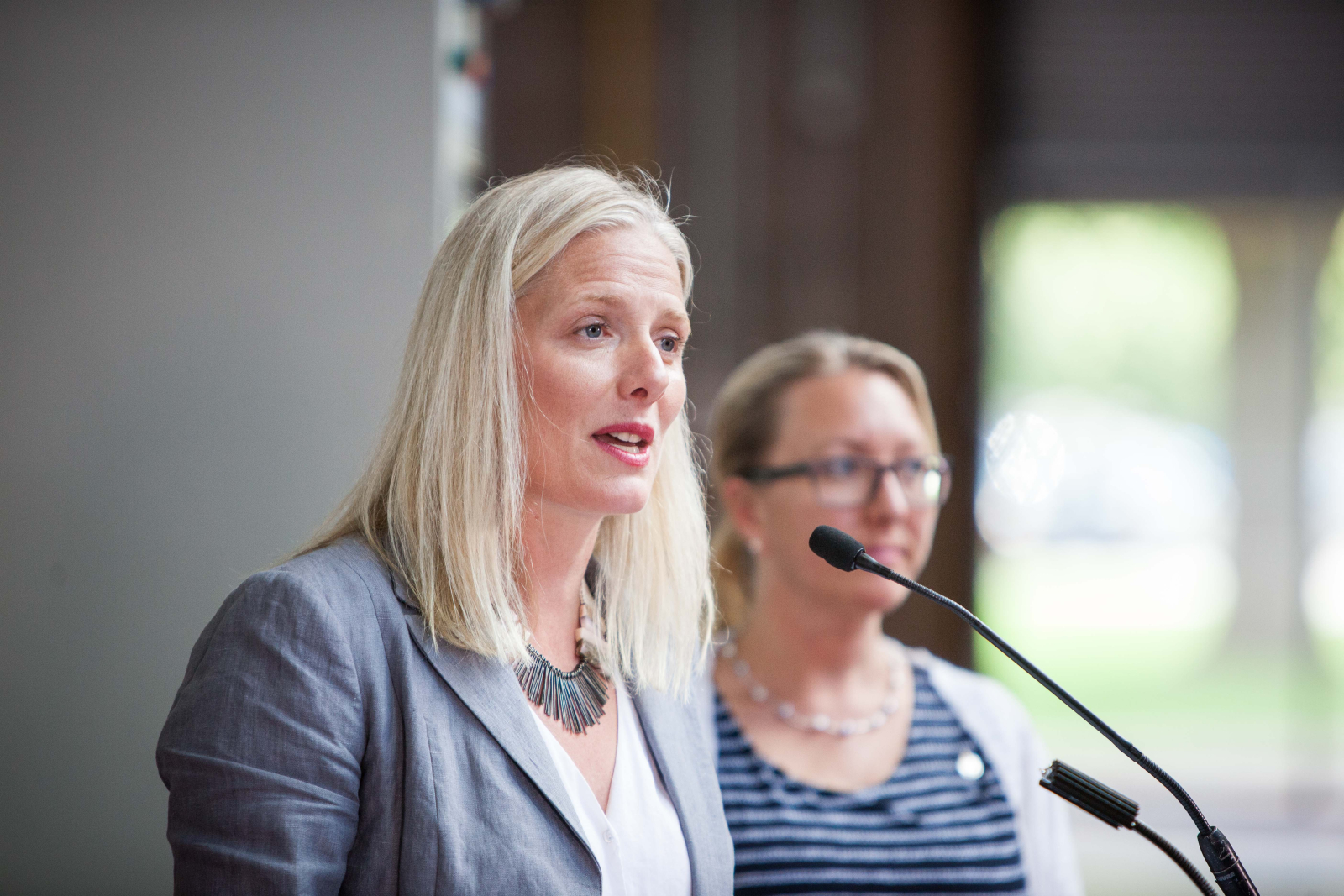 The Trudeau Liberals hope to save hundreds of millions of dollars, conserve energy and cut carbon pollution by improving a government-run heating and cooling system in Canada’s capital region—and they are encouraging Canadians to track their progress.

The federal government operates five central plants in the capital region that run a district energy system, which heats and cools roughly 80 public and private buildings including Parliament. But some of that infrastructure is over a century old, said Environment Minister Catherine McKenna.

By installing more efficient and cleaner systems, she's hoping to save around $750 million over a 40-year period, while using 35 per cent less energy and lowering greenhouse gas emissions by 60 per cent, or the equivalent of taking 21,000 cars off the road.

“It’s no surprise that this infrastructure is now outdated. It’s at the end of its lifecycle, and is currently a major source of greenhouse gas emissions,” said McKenna, speaking on Tuesday inside the Confederation Heights Central Heating and Cooling Plant, one of the five district energy plants.

“The national capital region should be the greenest capital ever, and this is an example of how we’re going to get there."

McKenna compared the project to replacing a "really old, inefficient boiler" in a house basement with newer, more efficient technology.

The capital region's district system uses 14 kilometres of underground pipelines that carry steam and chilled water in order to heat and cool buildings. That system can be changed, she said.

For example, Confederation Heights runs on hot water at 145 degrees Celsius, but a modernized system with more energy-efficient buildings could reduce the temperature to less than 100 degrees. This approach is being tested at a nearby Canada Revenue Agency building, said McKenna, and the results will be studied for wider implementation.

"This is an example of a very practical measure that will make a real difference," said the environment minister.

The government plans to launch two pilot projects this summer that will be housed at Confederation Heights. Both will test carbon-neutral, wood biomass-based fuels with small, 1.5 megawatt systems. One will use a liquid product and the other will use wood pellets.

The systems being tested all use waste wood, explained Don Grant, who works on district energy at Public Services and Procurement Canada. Things like sawdust and other wood waste that would otherwise be burned are being converted into fuel instead, he said.

The government plans to launch a request for qualifications next month for the initiative, called the Energy Services Acquisition Program, with a request for proposals going out in “early 2018” and the first contract to be awarded in 2019.

The energy-saving plan will be implemented in two stages. The first stage, from 2017-2025, will convert the system from steam to "low temperature hot water" and "electric chillers" using natural gas.

"Certainly better is always possible, but you have to start somewhere," she answered. "I think today's announcement is a really exciting example of what we're doing as a government, showing leadership."

The second phase, slated to start in 2025, will replace natural gas with carbon-neutral fuel sources like biomass, solar or industrial waste recapturing. That will result in a further 29 per cent, or 34 kilotonnes a year, of emissions reductions, or another 7,000 cars off the road.

The government is also planning on expanding the heating and cooling network to more buildings, from around 80 to "potentially" 600 across the capital region.

Program will 'soon' be tracked via open data

The program is part of the federal government's five-year, $2.1 billion commitment to reducing its own greenhouse gas emissions and enhancing green operations, promised in 2016. It is supposed to help the government reach its target of reducing its own emissions by 40 per cent below 2005 levels by 2030, "with an aspiration to achieve it by 2025."

The government manages one of the largest real estate portfolios in Canada, said McKenna. By 2025, all federal government buildings will use 100 per cent clean power, she said.

Treasury Board President Scott Brison spoke after McKenna at the event, and called it "a perfect example of innovation and experimentation that informs better evidence-based decision-making."

He played up a new government initiative disclosing greenhouse gas emissions from federal government property. The data show that buildings generated 89 per cent of the government's emissions in the 2014-15 fiscal year, as opposed to 11 per cent from fleets of vehicles.

"We want Canadians to be able to hold our government to account," said Brison.

"One day soon, Canadians will be able to look at our [greenhouse gas] inventory data, and assess how today's boiler investment, announced by Minister McKenna, is impacting the government's emissions trajectory."

It always amused me when

It always amused me when government officials use "the number of cars" that their improvements are taking "off the road". If they really want to make an impact on emissions and pollution, they should put policies in place that will reduce the real number of cars on the road.
The transportation sector in Canada is the second largest emitter of GHG after the oil and gas sector. Total Canadian GHG emissions has risen at an annual average rate of 0.7% between 1990 and 2014. The transportation sector has had growth at an average annual rate of 1.1% during the same period. This growth is largely due to "consumer preference" for SUVs and light trucks, which has offset reductions in passenger car emissions despite fuel economy improvement and new emission standards.
(National Energy Board, Market Snapshot (2016-07-14): "Increased GHG emissions from the transportation sector reflect major consumer and business trends")
Last year, more than 60% of passenger vehicles sold in Canada were SUVs and light trucks (e.g. pickup trucks, minivans, etc). One way to reverse that trend is to hike the price at the pump. Revenues from gasoline taxes should be reinvested in public transportation. Banning diesel for passenger cars like most European countries are planning to do would improve air quality and reduce the number of people who die prematurely from air pollution.