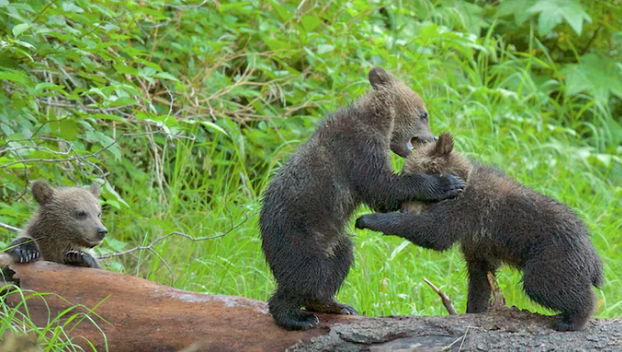 British Columbia is standing at a profoundly important crossroads.

As the BC NDP and BC Green parties assume power in the legislature, the province is poised to take on a wholly new political direction, armed with its first minority government in 64 years.

But we are also at a crossroads in terms of our ecological future. Do we continue to be a province which wholeheartedly supports the extraction and export of fossil fuels, including coal, oil and natural gas? Or do we openly seek a more sustainable and healthier future?

There are two main industrial proposals presently on the table that will shape our future as a province. These are the Kinder Morgan Trans Mountain pipeline expansion (already approved by the federal and the outgoing B.C. Liberal government) and the proposed massive expansion of the liquified natural gas industry (LNG) in northeastern B.C., and the hydraulic racking that comes with it.

If the Kinder Morgan pipeline proceeds, then as a society, we say yes to the mining and export of some of the most climate-polluting, emissions-heavy oil in the world.

If we support the liquified natural gas (LNG) industry and its associated fracking, then we give thumbs up to an industry with severe detrimental effects both locally and worldwide. Fracking is the process of pressure-pumping huge quantities of water underground to fracture dense rock formations and released the trapped gas, and in this case, that gas can be liquified and shipped off to market.

Recent research, primarily in the United States, has linked exposure to such fracking practices with the prevalence birth defects among children born within a certain radius and increased hospitalization rates for nearby residents.

Both construction of the Kinder Morgan pipeline and expansion of the LNG industry in B.C. projects will also dramatically increase Canada’s production of greenhouse gases, accelerate climate change, and make it next to impossible for Canada to achieve the goals it agreed to in the Paris Agreement to keep global warming below two degrees this century.

So what will it be? Higher temperatures, and consequently more floods, forest fires, rising sea levels and deaths from heat exhaustion and natural disaster? Or a world made safe for future generations?

British Columbia has enormous potential for developing solar, wind, biomass, and geothermal energy. This province can become a world leader in energy conservation and renewable energy production, while protecting, preserving and even restoring our rich natural environment.

The City of Vancouver reports that its greenhouse gas emissions per person are already the lowest of North American city, but strives to do better. The municipal government has committed to deriving 100 per cent of its energy from renewable sources before 2050.

The province at large should strive to achieve similar goals.

If it does so, there will be collateral economic benefits. “Beautiful BC” is known around the world as one of the few places that still has large intact temperate rainforests and extensive provincial parks. It's a major attraction for people seeking closer contact with the powerful regenerative forces of nature. The jury hasn't determined yet whether B.C.'s coastline has the most species diversity in all of North America, but it is certainly home to a stunning population majestic whales, sea lions, herring, halibut, crustaceans, and some of the largest wild salmon runs in the world.

Tourists with a sense of adventure travel from all over the world to B.C. in order to explore our mountains, our forests, our lakes and rivers and our isolated areas. They find that B.C. still has large areas of wild spaces, much like Europe had 2,000 and more years ago.

So we can continue promoting extractive industries – rampant logging, coal mining, and oil and gas development. We can push through the Kinder Morgan pipeline and spend billions of dollars on expanding LNG and fracking operations.

We can aspire to be known as a place famous for its pollution, its high incidence of lung disease and cancer, its failure to act meaningfully climate change, and massive oil spills that spoil our coastal waters.

Or, B.C. can follow the example of the City of Vancouver and many other European countries, and be at the forefront of the race against climate change and a proactive promoter in the field of renewable energy.

It’s time to choose, and choose not for the past, but for the future.

— Larry Barzelai and Warren Bell are both members of the Canadian Association of Physicians for the Environment (CAPE).

CAPE has some conflicting

CAPE has some conflicting member opinions. Dr. Joe Vipond, CAPE member, is practically a fractivist in Alberta. Try to engage him on his support of fracked natural gas replacing coal or question his professional knowledge on the public impacts of fracked gas, and he blocks you from all communication. Yet, he has no qualms with donning scrubs and a stethoscope to stand at a podium with Notley, in support of a CLP that intends on replacing 70% or more of coal fired electrical generation, with fracked gas. CAPE has no credibility here.

To further, as medical professsionals, the information you present to the public must be factual.

"Fracking is the process of pressure-pumping huge quantities of water underground to fracture dense rock formations and released the trapped gas, and in this case, that gas can be liquified and shipped off to market."

There is not a single well bore that was, or will be fracked, with only water. Slick or gel water fracture slurries are a complex mixture of proppants, (usually carcinogenic crystalline silica) biocides, surfactants, lubricants, anticorrosion inhibitors, energizers, breakers and other chemical additives. To further, hundreds of thousands of wells in North America were fractured using no water at all, in pure hydrocarbon or gas fracs.

You can not mobilize the public with misinformation.

For further citations and impacts regarding fracturing, visit the Shale and Tight Gas Citation on the PSE Health Energy site, which now hosts over 1100 studies and reports on the process.