Premiers forge ahead with Indigenous meeting despite boycott by three groups 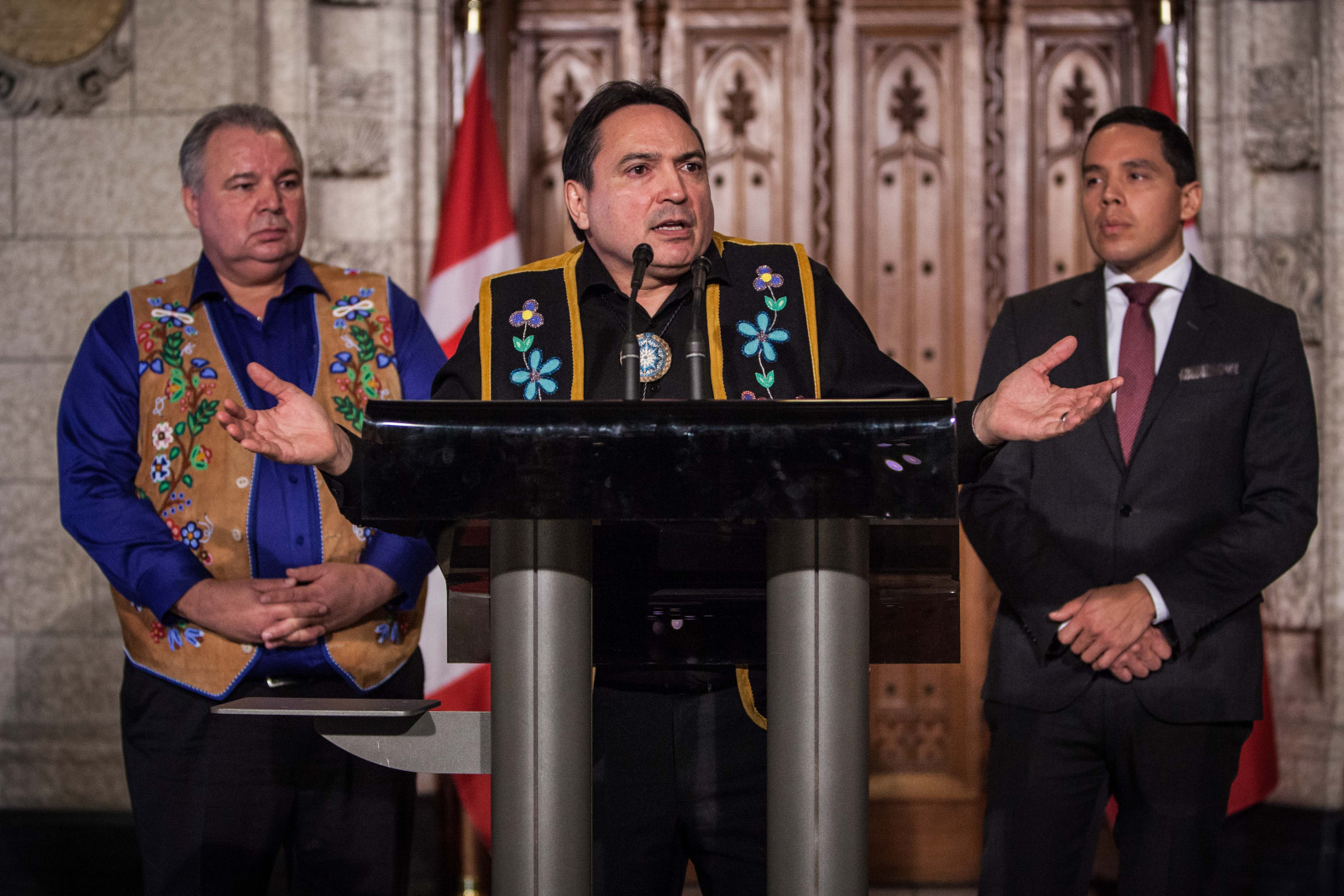 Assembly of First Nations National Chief Perry Bellegarde talks about the role of rights and title holders at the negotiating table after a reconciliation meeting with Prime Minister Justin Trudeau on Thurs. Dec. 15, 2016. Photo by Alex Tétreault
Previous story

Canada’s premiers met with a reduced group of Indigenous leaders Monday after three national bodies — including the Assembly of First Nations — boycotted the event.

Alberta Premier Rachel Notley said work was done discussing issues such as the socioeconomic challenges for Indigenous women and the state of the National Inquiry into Missing and Murdered Indigenous Women and Girls.

"I think we reached agreement and a fairly shared common purpose on these issues, and I think we’ll see some good work coming out of it," Notley told reporters.

She and the leaders of Canada’s provinces and territories met with National Chief Robert Bertrand of Congress of Aboriginal Peoples, and Francyne Joe, president of the Native Women’s Association of Canada.

Referring to the absentees, Notley said, "Although we regret that they were not here today, we are fully committed to engaging with these leaders face−to−face around a common table.

"We are also steadfast in our resolve to making progress on issues that are critically important to Indigenous people."

Earlier Monday, the heads of the Assembly of First Nations, the Inuit Tapiriit Kanatami and the Metis National Council announced in Toronto they were boycotting the meeting to draw attention to their bid for "full and meaningful inclusion" in the larger annual gathering of provincial and territorial leaders known as the Council of the Federation.

Perry Bellegarde, national chief of the Assembly of First Nations, said Canada’s Indigenous Peoples are not just another special interest group and won’t stand to be treated as such.

Though the groups have met with the premiers in the past, they said long−standing issues have come to a head in the last year, particularly when contrasted with the federal government’s more inclusive approach.

"Unless we start taking a stand, they’re not going to really listen to us," said Clement Chartier, president of the Metis National Council.

Back in Edmonton, Bertrand declined to say what he thought of the boycott decision, but said it’s in the best interests of the people he represents to meet the premiers face−to−face.

"It was well worth our while to have been present here," said Bertrand. "Mainly for having made connections with all the premiers of the provinces. This way if in the future there are any problems, you can pick up the phone and discuss it with either the premier or with another person who will be able to help us."

Joe echoed those remarks: "My membership expects me to do whatever I can to discuss the issues that are affecting our women.

"We hope that the others will join us at some point so that we can work together to address these issues."

New Brunswick Premier Brian Gallant said it’s unfortunate that the process of how best to meet detracts from a focus on improving the lives of aboriginal people.

"Process can be very important, but at the end of the day it’s only important because we’re all trying to achieve results that will improve the quality of life of Indigenous people," said Gallant.

The premiers meet Tuesday and Wednesday in the Alberta capital for the summer meeting of the Council of the Federation. B.C. premier−designate John Horgan is being sworn in Tuesday and therefore is not attending.

— With files from Paola Loriggio in Toronto

Police will get blamed during missing, murdered women inquiry: Bellegarde