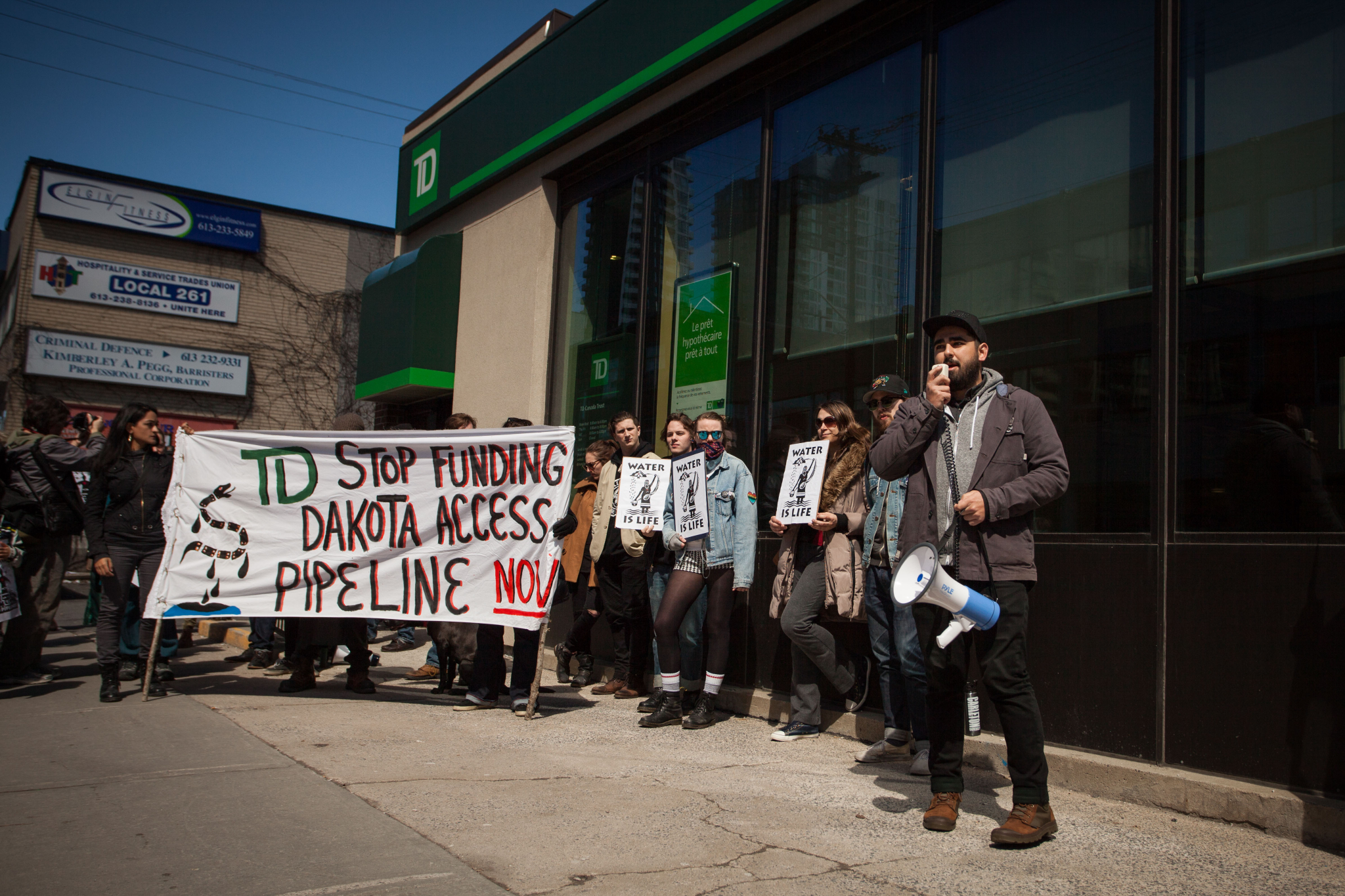 In total, 26 banks from Canada, the United States, Japan, Europe, and China have committed about $7.25 billion through a combination of share purchases and loans.

Canadian banks have made the largest investments. TD Bank has committed about $731 million, and RBC $714 million. Scotiabank and CIBC have each committed roughly $639 million while Bank of Montreal came in at $446 million, and National Bank at $407 million. Smaller Canadian commitments include ATB Financial at $150 million and Canadian Western Bank at $50 million.

Desjardins pledged $145 million towards the project. The company has since announced a temporary suspension of any future support for pipelines.

Financial institutions get involved in two ways: buying shares in the company, and loaning it money by extending credit. Foreign companies extended over half of the $5.5 billion in credit for the project (52 per cent or $2.86 billion). Canadian banks underwrote the majority of Kinder Morgan Canada’s initial public offering (buying 73.6 per cent of the available shares at a total cost of $1.28 billion).

The Trans Mountain pipeline is facing renewed questioning because B.C.'s new premier, John Horgan, has promised to "use every tool available" to block its construction. The new government hasn't specified what actions it will take but has a number of options available.

In the prospectus for its 2017 IPO, Kinder Morgan acknowledged that the project could be "inhibited, delayed or stopped" by a variety of forces, including rising sea levels, Indigenous legal action, and governmental or community opposition.

Dutch bank ING responded by announcing that it would no longer finance pipelines from the Canadian oil sands. ING had previously withdrawn its involvement in the controversial Dakota Access Pipeline. The move followed an announcement by Sweden's pension fund AP7 that it was divesting from pipeline company TransCanada and five other companies because their activities are not compatible with the Paris climate agreement.

Kinder Morgan Canada's president, Ian Anderson held a quarterly earnings report on July 19 and assured investors that the company is on track to begin construction in September of 2017.

I will move my accounts from

I will move my accounts from TD and transfer my next mortgage to a different institution. TD claims to be an environmental leader. They are leading us to a devastated environment for our children. TD, I learned, was also the only Canadian bank supporting the Dakota Access pipeline. Time for a change.