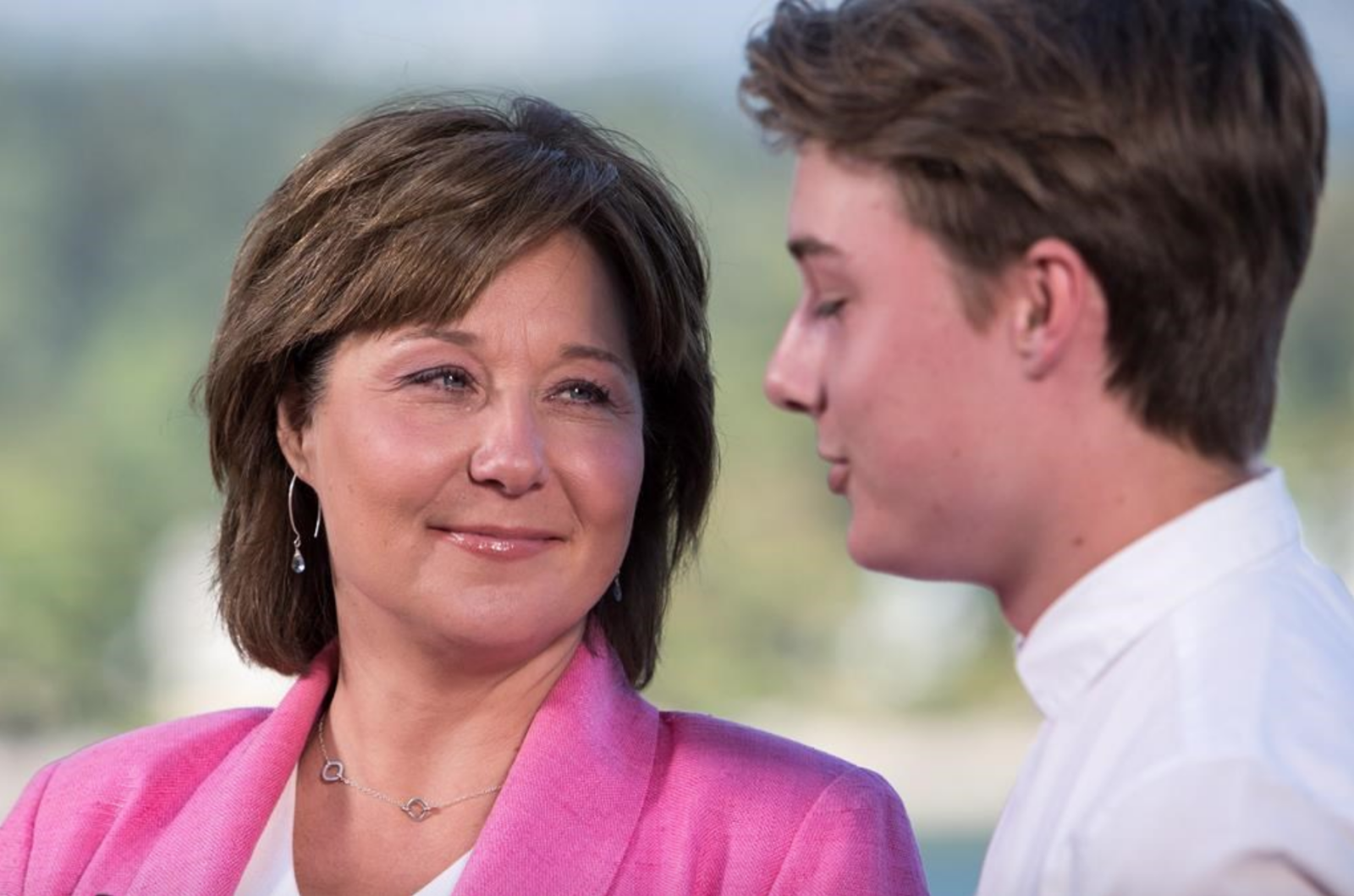 Former British Columbia premier Christy Clark says a disappointing finish on election night had her feeling like she should leave politics, but her head didn’t catch up with her heart until shortly before she told her caucus of her decision.

Clark, 51, looked relaxed and relieved as she gave her last news conference Monday with her teenage son Hamish at her side, calling her 6−1/2 years as premier "an incredible journey." She announced Friday that she would be resigning as leader of the Liberal party.

"I took a long walk along the lakeshore on Friday morning and I knew it was time to leave," she said of the decision that had been percolating since the May 9 election, when the Liberal party finished one seat shy of a majority.

"I didn’t want to leave in the midst of chaos so I stuck around," Clark said, adding thoughts about resigning grew last month when Lt.−Gov. Judith Guichon asked NDP Leader John Horgan to govern.

Clark said she had the full support of "every single person" in her caucus the day before she made her announcement, but felt her departure would give the Liberal party a chance to renew itself and prepare for the Opposition benches after 16 years in power.

She said the timing of her exit is good for both her and the party because she doesn’t believe there will be an election in the fall. She will also be giving up her seat in the legislature, triggering a byelection in Kelowna West within six months.

"I am done with public life," Clark said. "There is nothing worse than a politician hanging on because they think they’re irreplaceable."

Clark said she’s proud of her party’s accomplishments, including five consecutive balanced budgets and the creation of the Great Bear Rainforest.

However, she was widely criticized last month for abandoning long−time Liberal ideals with a throne speech that adapted promises from the NDP and Greens, including a commitment to a poverty−reduction plan and adding $1 billion over four years for child care and early childhood development.

Her party was ultimately defeated in a non−confidence vote following an NDP−Green deal. That alliance will have a two−seat majority when Clark vacates her seat.

Clark said she has no immediate career plans but will do some gardening and "get Hamish to do his homework because Grade 11’s a busy year." Mom and son said they’re looking forward to going to the theatre and Clark said she’ll likely be a "stage mom" to Hamish, who she said is a talented actor.

Clark was elected to the B.C. legislature in 1996 but left politics in 2004 to spend time with her son. She made a failed bid for mayor of Vancouver the following year before launching a successful leadership bid for the Liberals in 2011.

Hamish Telford, a political science professor at the University of the Fraser Valley, said Clark could still make a political comeback if the Liberal party drafts her back into the fold, especially if the potentially fragile New Democrats fall in the coming months.

He said that in 1979, former prime minister Pierre Trudeau left politics when the Progressive Conservatives had a minority government under Joe Clark.

"Then the Clark government fell before the Liberals had a new leader. Caucus asked Trudeau to come back and he did and his greatest accomplishment in politics came after that with the Charter of Rights and Freedoms in 1982," Telford said.

However, the former premier dismissed a return to politics, even saying she won’t be getting involved in any leadership campaigns for candidates vying for her job.

"I’m not planning on going back, that’s for sure. Politics isn’t a happy job. It’s not a fun job. It’s a fulfilling job."