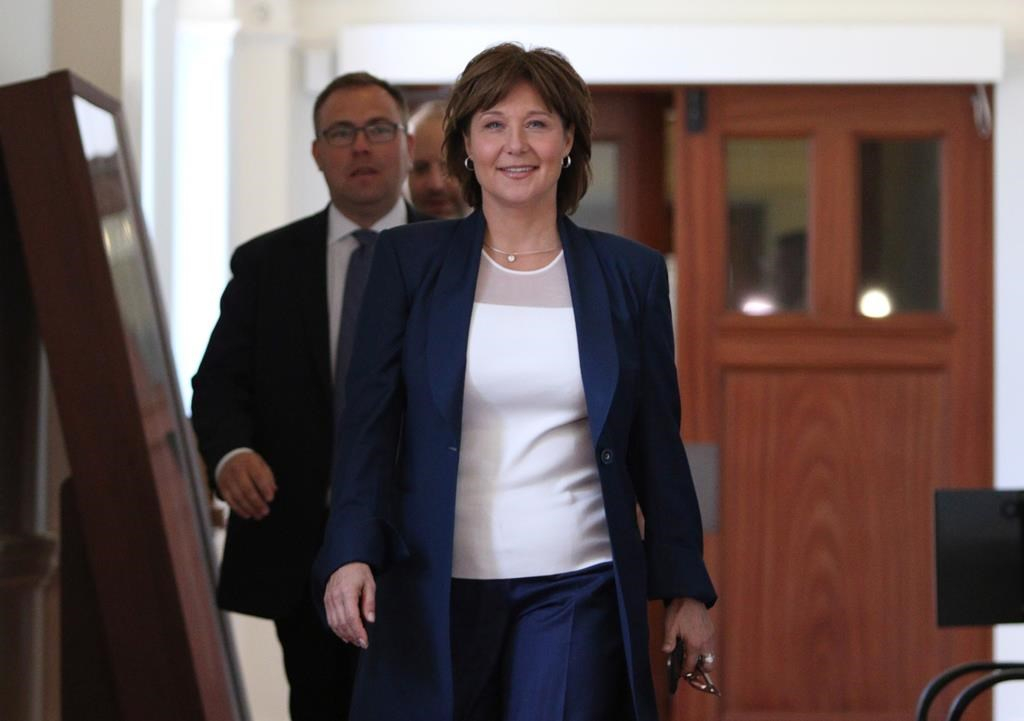 BC Premier Christy Clark lost a vote of confidence in the legislature Thursday evening. Photo by The Canadian Press
Previous story
Next story

The BC Liberals lost the confidence of the provincial legislature on Thursday, ending a 16-year streak of power.

The defeat of Premier Christy Clark's party now opens the door to either a minority BC NDP government — led by party leader John Horgan and propped up by the BC Greens — or another provincial election altogether.

The fate of the legislature now rests in the hands of B.C. Lt.-Gov. Judith Guichon.

Earlier this week, Clark said that if asked, she would recommend that Guichon dissolve the legislature and call another election, because she did not believe the NDP and Greens could govern with only a single seat more than the Liberals hold.

The result of the confidence vote Thursday afternoon was 44-42 against the Liberals. The legislature then adjourned, and Clark went to Government House to meet with the lieutenant-governor.

Clark re-emerged more than an hour later, saying Guichon had retired for the night and a decision was forthcoming.

"I know that people want to know," she told media. "I'll be waiting too."

Soon after, John Horgan was seen going into Government House, and within an hour, he tweeted: "British Columbians finally have the change they voted for."

In a bid to remain in power, the Liberals adopted NDP and Green promises from last month’s election in this week's throne speech, including higher social assistance rates, banning corporate, union and third-party donations to political parties, spending more on childcare and increasing the carbon tax.

On Monday, the NDP and Green parties voted down two Liberal bills, including one that would have positioned the Greens as an official party in the legislature, calling instead for the government's removal.

"They never had the numbers and they never had a plan to make it work if they found themselves in power. Their only intention was to get the Greens on the dotted line and then tell us just to wait and see how they could contrive to bend the rules of our democracy so that they could hang on to power," she said minutes before the confidence vote was called.

The outcome of the confidence vote had been expected almost since British Columbians went to the polls on May 9. Voters returned a legislature without an outright winner, or any single party strong enough to govern on its own: the Liberals won 43 seats; the NDP 41; and the Greens three.

While Horgan and BC Green Party leader Andrew Weaver committed to working together so the NDP could take the lead in a minority government, Clark committed to governing through the re-opening of the legislature this week. She had said she expected to lose the confidence vote.

In a press release issued Thursday, Green Leader Andrew Weaver said his party was "encouraged that the B.C. Liberals have indicated their support for many of the policy priorities outlined in our agreement with the BC NDP. This is an historic opportunity for all 87 MLAs to work together to address the most pressing issues facing our province."

Will the GreeNDP have allies?

According to University of Fraser Valley political scientist Hamish Telford, two issues will loom large for Horgan if the NDP are invited to form government: the planned Kinder Morgan Trans Mountain expansion and the absence of obvious allies among other provinces.

"If it's a new NDP government, everybody starts out wanting to be friends with everybody," Telford told National Observer in advance of the confidence vote.

Horgan may struggle to find a friend in Alberta NDP Premier Rachel Notley, Telford added, as she supports the Trans Mountain expansion, and Horgan has vowed to use "every tool available" to stop it. The Trans Mountain expansion is a proposal to add 987 kilometres of pipeline to an existing system that transports more than 300,000 barrels of oil per day from Alberta to the B.C. coast.

"I suspect John Horgan is going to have to find allies with other provinces on a sort of case-by-case basis," said Telford.

Meanwhile, Weaver will either become very powerful (if the NDP forms a government), Telford predicted, or will lose a lot in a second election. If British Columbians go back to the polls, potentially remorseful Liberal voters may bounce back to Clark, the professor explained, and voter fatigue could swing in favour of her party.

The BC Federation of Labour issued a statement Thursday night in favour of a Horgan-led government. Union president Irene Lanzinger wrote a letter to Guichon calling an NDP government "the correct path" forward given the number of voters who did not vote for the incumbent Liberals and the NDP's successful negotiations with the Greens.

Editor's Note: This story will be updated throughout Thurs. June 29, 2017 as more information becomes available

Guess everyone forgets that

Guess everyone forgets that Clark made up lies about the NDP hacking their website. She actually had to apologize. The Liberals stalked Horgan in some old vehicle where ever he was speaking on his campaign trail. They harassed and denigrated him in front of his supporters. Are they really the kind of government the B.C. people want representing them? Dirty tricks come from dirty minded people.