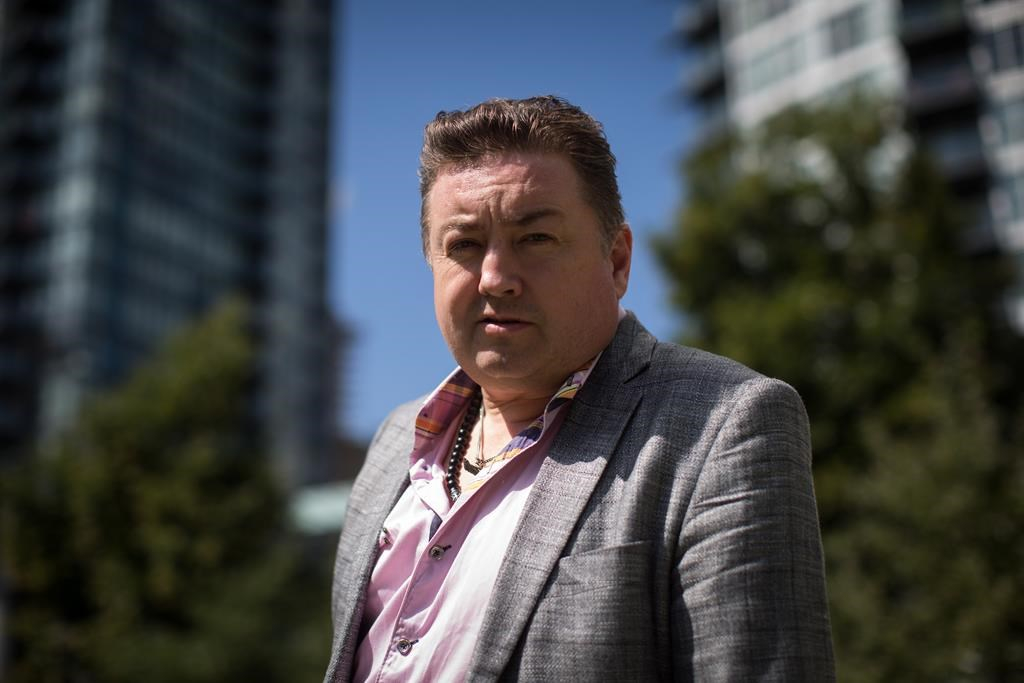 A former neo-Nazi from Vancouver says the violence in Charlottesville, Va., presents an opportunity for parents and educators to become more aware of how easily youth can be lured into a seemingly exciting but potentially deadly world of hate.

Tony McAleer, 49, became immersed in white supremacy at age 15 when some skinheads befriended him through a subculture of punk music.

"By the time I got into organized groups I was 17, 18," said McAleer, adding he has dealt with his guilt about targeting non-whites and gays for 15 years by helping others exit a similar lifestyle.

Unlike in the days of his own experience, the internet has made it much easier for youth to become radicalized without having to seek out neo-Nazi groups or attend meetings that could draw protesters or undercover police, he said.

McAleer said it's important for parents to regularly talk with their kids about issues such as last week's nationalist rally in Charlottesville where a 20-year-old man allegedly rammed a vehicle into a crowd of anti-racists, including a young woman who was killed.

"Ask them what they know about Charlottesville. What do they think happened? What do their friends think? Just come at it from a non-judgmental place and get them opening up and communicating," he said.

"If you wait until they come home with a fascist haircut and a tiki torch I think at that point it's too late. Once they get a certain point down the rabbit hole it's beyond the education and skill set of most parents to handle properly."

In 1994, at the height of his entrenchment that later filled him with "toxic shame," McAleer was before the Canadian Human Rights Commission over his operation of a computerized telephone answering service that connected callers from around the world to local racist organizers.

He left the groups after the birth of his daughter 26 years ago, and a son a year later, McAleer said, adding his kids taught him that no child is born a hater.

However, the transition back to his former life was fraught with loneliness because he was no longer connected to anyone from his past, though his mother supported him afterwards his father, whose native England was bombed by the Nazis during the Second World War, has found it difficult to forgive him.

McAleer's redemption came partly through his co-founding of a not-profit group called Life After Hate, which he said helps people move out of an existence that sucks in mostly disconnected people with a belief that their worth lies in the colour of their skin.

"We got an email two days ago from a parent who said, my son's got Asperger's syndrome and he's up to his eyeballs in this neo-Nazi white nationalist stuff. She said the frightening thing is this community has embraced and accepted him in a way that no one else in his life ever has."

McAleer said white supremacy movements use fear to gain support from people involving issues such as immigration though he believes those sentiments are nowhere near as strong in Canada compared with the United States.

The RCMP's interception of a growing number of asylum seekers at the Quebec-U.S. border is something organizers would seize on, he said.

"When I was in that position you take information like 250 people a day coming into Quebec and you make the most of it. You stoke the flames of fear in the hopes that you get people to support you. You get people to question whether it's going to affect their jobs, housing, their quality of life, safety on the streets and all those issues."

In Vancouver, the city has issued a statement about a pro- and anti-nationalist protest planned for Saturday, saying police will be monitoring any hate statements made in public because that would be a criminal offence.

Michelle Stack, a professor in the department of educational studies at the University of British Columbia, said children learn racial stereotypes from the books they read, the movies they watch and through school curricula and textbooks.

"From a really early age children are socialized to think that white people are the thinkers, the inventors, the ones that are good," Stack said. "We're impoverishing kids by just talking about a very small part of the world's population and not exposing them to thinkers from Africa, from Asia or thinking about Indigenous ways of knowing."

While some teachers are starting to recognize the need for more diversity in the education system, parents need to start demanding it, she said.

"This notion that Canada is this multicultural place that doesn't have a history of racism, of course it does. It was founded in taking away the lands of Indigenous people, taking away Indigenous children."

Schools could start by including books written by non-white authors, Stack said, adding many reading lists haven't changed much since she was in high school in the 1980s.