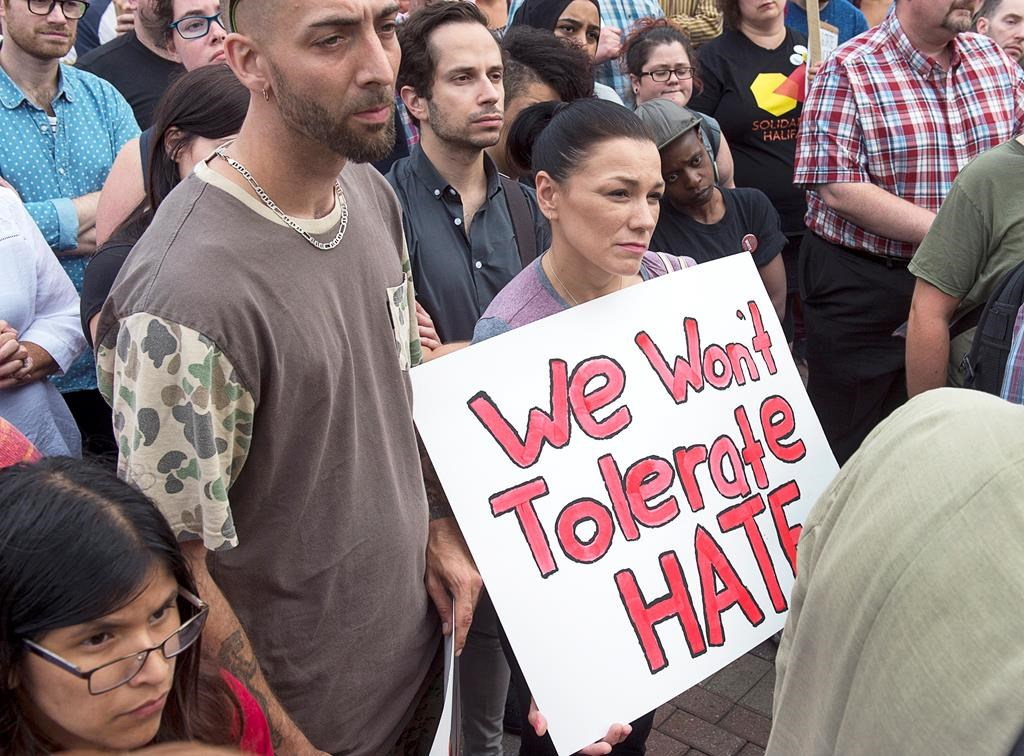 People attend a rally to show solidarity with Charlottesville following the events that took place in the Virginia community on the weekend, in Halifax on Tuesday, Aug. 15, 2017. Photo by The Canadian Press/Andrew Vaughan
Previous story
Next story

More than 100 people gathered in a Halifax park Tuesday to criticize the rise of the white supremacist movement in the United States and recall racism's role in Canadian history.

The gathering took place around the statue of Halifax's founder Edward Cornwallis, a bronze monument that Mi'kmaq groups have long argued should be taken down.

Several speakers drew comparisons between the movement to remove the colonial governor and efforts to take down statues in the southern United States that commemorate leaders of the Confederacy.

Brad Vaughan, a member of one of the groups that helped organize the gathering, said the anti-racism protest was called as part of a wider national movement to show solidarity with victims of weekend violence in Virginia that left one woman dead and 19 others injured.

He said it was important to demonstrate the white supremacy movement needs to be actively resisted and said he hopes protests across the country counter its rise.

Last month, a group of off-duty Armed Forces members disrupted a smaller weekend gathering at the statue, later saying they were members of the Proud Boys, a self-declared group of "Western Chauvinists."

Cornwallis, as governor of Nova Scotia, founded Halifax in 1749 and soon after issued a bounty on Mi'kmaq scalps in response to an attack on colonists.

Some members of the Mi'kmaq community have called for the removal of tributes to Cornwallis, calling his actions a form of genocide.