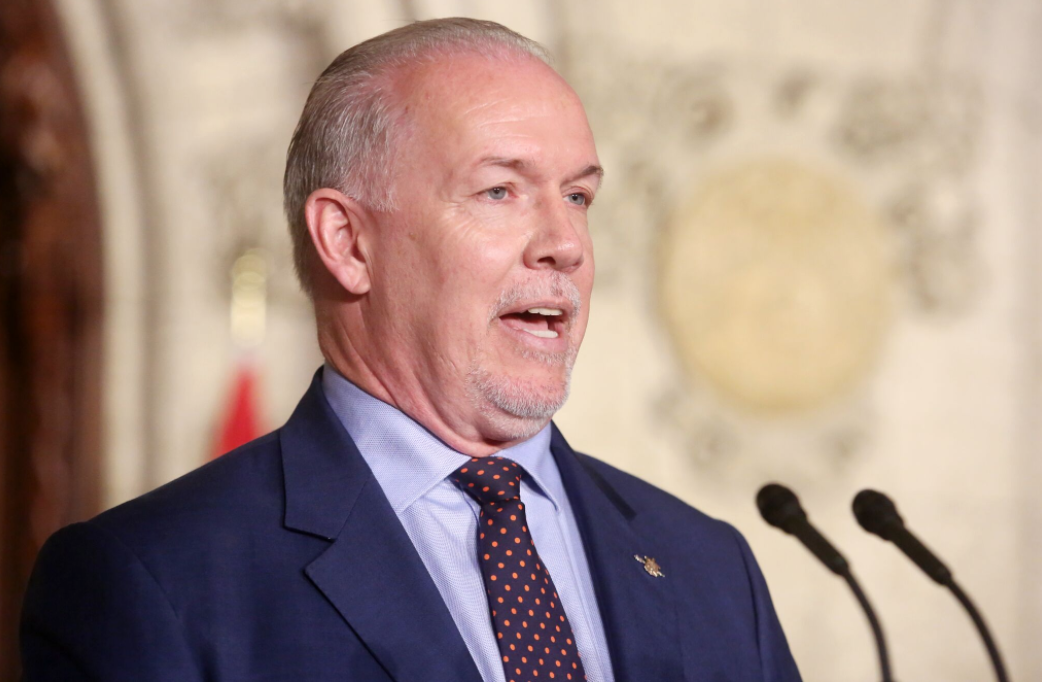 Gordon Wilson alleges in a statement of claim filed in B.C. Supreme Court that Horgan made defamatory statements to news media earlier this month by saying there's no evidence of any written reports or briefings to back up his salary.

The statement of claim says Jobs Minister Bruce Ralston told a media outlet Wilson's contract was terminated because an internal review uncovered no documents to support $550,000 in payments since 2013.

Wilson also quotes in the claim a Facebook post by British Columbia MP Rachel Blaney in which she implies taxpayers money could have been used to meet other needs, such as housing.

Wilson says in his claim that information detailing his work on LNG was available on a government website but was negligently or wilfully overlooked and neither Horgan nor Ralston discussed any employment issues with him.

Horgan cited the court case in declining comment, Ralston wasn't available for comment and Blaney could not be reached on Friday.

Ralston and Blaney say in separate Facebook posts their claims about there being no written reports were inaccurate, they regretted making the statements and apologize to Wilson.

No statements of defence have been filed and none of the allegations made in the statement of claim have been tested in court.

Wilson asserts that his termination soon after the NDP's election victory was "political payback" for his support of former premier Christy Clark, who appointed him as LNG advocate.

The statement of claim alleges Wilson has been seriously injured in character, credit and reputation and the comments have negatively affected his ability to obtain employment as a government or industry consultant or advocate.