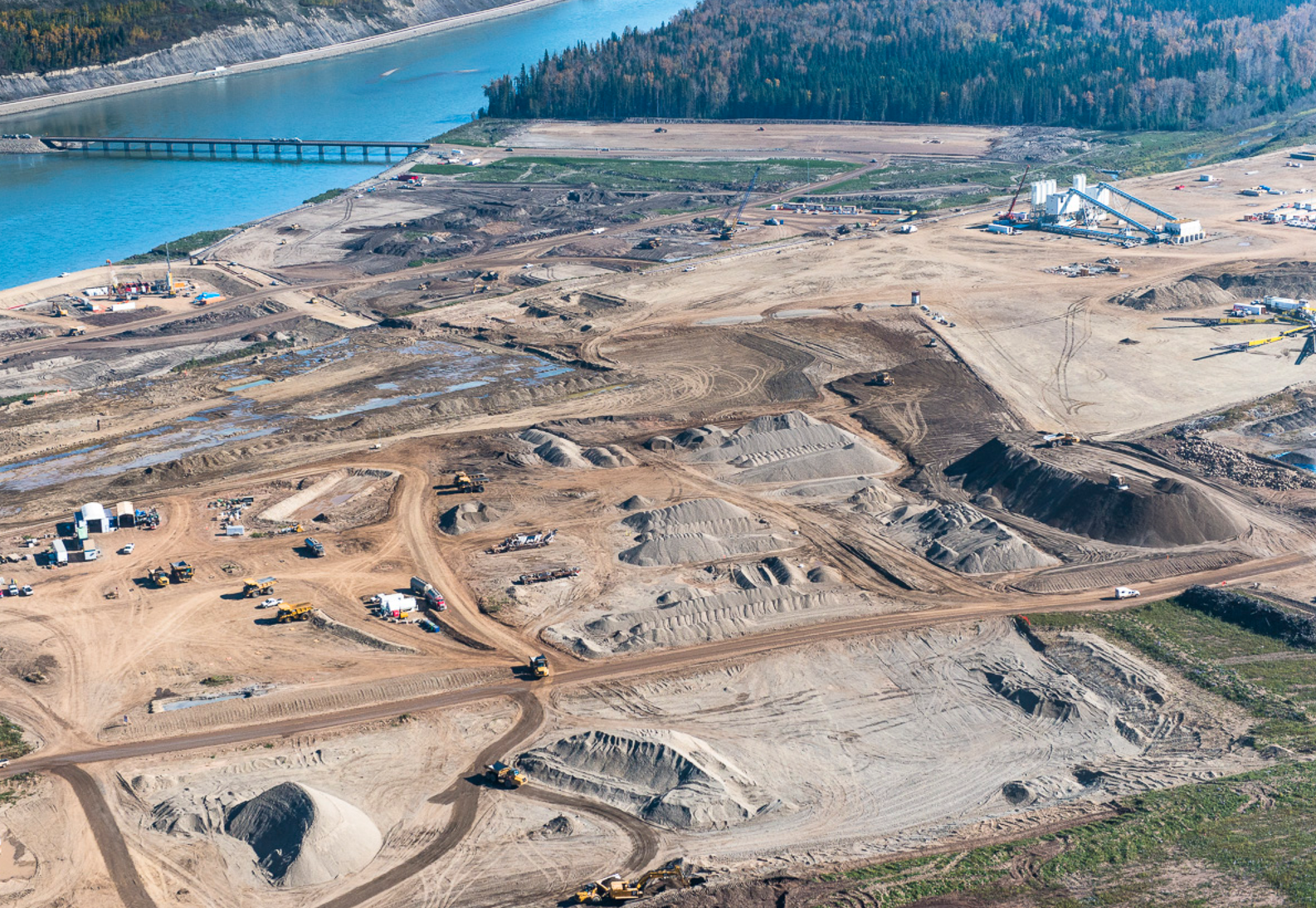 A former president of BC Hydro is recommending the cancellation of British Columbia's controversial Site C Dam project, blasting it as a "reckless" and "illusionary" vision of the former BC Liberal government.

In a report submitted to the BC Utilities Commission (BCUC) on Wednesday, Marc Eliesen — once the CEO of BC Hydro — said completion of the $8.8-billion hydroelectric project in northeastern B.C. will inevitably impose a "huge financial burden" on the province's taxpayers, while leading to job losses, business failures, and long-term financial damage to both BC Hydro and the government.

The 24-page document examines the financial case for the hotly-debated project, which former BC Liberal premier Christy Clark famously vowed to "push past the point of no return" in January 2016. Critics have long questioned the economic viability, demand for, and environmental impacts of the dam. The public skepticism prompted newly-minted BC NDP Premier John Horgan to order a formal inquiry on Aug. 2. It is being led by the utilities commission.

Eliesen — who also served as deputy energy minister in both Ontario and Manitoba — took it upon himself to assist that inquiry through his submission to the BCUC. His report considered alternative sources of power, the accuracy of projects for B.C.'s future power demands, the success of similar hydroelectric projects and the probability that the costs of building Site C will increase.

"There was never a business case for Site C and there never will be," he told National Observer. "I’m suggesting that there are alternatives that are cheaper and more cost effective than a generating station costing billions and billions of dollars."

In an emailed statement, BC Hydro declined to comment on the specifics of Eliesen's report, but said it is "participating fully" in the BCUC's review of the project, and will address any issues raised with the dam through that formal process.

The Site C Dam has been under construction since summer 2015, on the sparkling Peace River in northeastern B.C. When the project is completed in 2024, it will produce enough power to light up roughly 450,000 B.C. homes per year, providing clean electricity for a century, according to BC Hydro estimates.

But the dam's reservoir is expected to destroy more than 100 kilometres of river valley bottoms along the Peace River and its tributaries, which flow through the heart of Treaty 8 Territory belonging to the Doig River, Halfway River, Prophet River and West Moberly First Nations. Those First Nations have not given their consent to the project. Lawsuits from the latter two aiming to stop the project have already been dismissed in court.

Eliesen, who was also a deputy minister of energy in Ontario and of energy and mines in Manitoba, based his report on the economics of the project alone. He accused the former provincial government of engaging "in a series of exercises" in an attempt to justify the Site C Dam, including "inventing" demand from a liquified natural gas (LNG) industry that has yet to materialize, and from Albertan customers.

"Notwithstanding that any independent evaluation of the likelihood that an LNG industry would develop would have exposed the promises as little more than wishful thinking, the former BC government continued to rely on the emergence of the industry," said the report.

"The former BC government claimed that a $1 billion transmission line between BC and Alberta could deliver surplus electricity supply from Site C. Since Alberta can generate electricity cheaply from gas-fired plants there is no merit to such a proposal," it added.

If the province's residential electricity demands increase, Eliesen suggested that BC Hydro's previously decommissioned Burrard thermal generating station near Vancouver could be restarted cheaply and effectively. That station, Eliesen added, is much closer to the Lower Mainland than the Site C Dam, which — with a population of 2.8 million — houses the bulk of B.C.'s power demand.

Eliesen also predicts that the cost of building the Site C Dam will increase from nearly $9 billion to around $12 billion before its scheduled 2024 completion date, as has been the experience of other major hydroelectric dams in Canada.

"The notion that Site C will be completed on time and on budget is illusionary," said his report. "If Site C is allowed to be completed there will be a series of devastating high electricity rate increases."

Large generating stations have not been constructed for decades in B.C., added Eliesen, and many of the staff with expertise in that area have either retired or moved elsewhere. The region where the dam is being built, he added, includes fragile shale bedrock, which will likely lead to costly geotechnical issues in the future.

"...There is no question that BC Hydro and its contractors will encounter many more of these challenges in the geotechnical area, impacting schedule and cost, if construction plans proceed."

At this point, Eliesen has concluded that the most cost-effective course of action would be to cancel the project, remediate the land, and pursue alternative sources of energy to meet any future demands.

"The final investment decision made in late 2014 to proceed with Site C was a reckless and irresponsible decision made by the former Government of British Columbia and the Board of Directors of BC Hydro," he wrote. "Both the former government and BC Hydro’s Board abdicated their fiduciary responsibility to the rate payers and tax payers of this province."

The BCUC confirmed with National Observer that it has received Eliesen's report, and its "panel will consider all submissions within the scope of the Terms of Reference for the Inquiry."