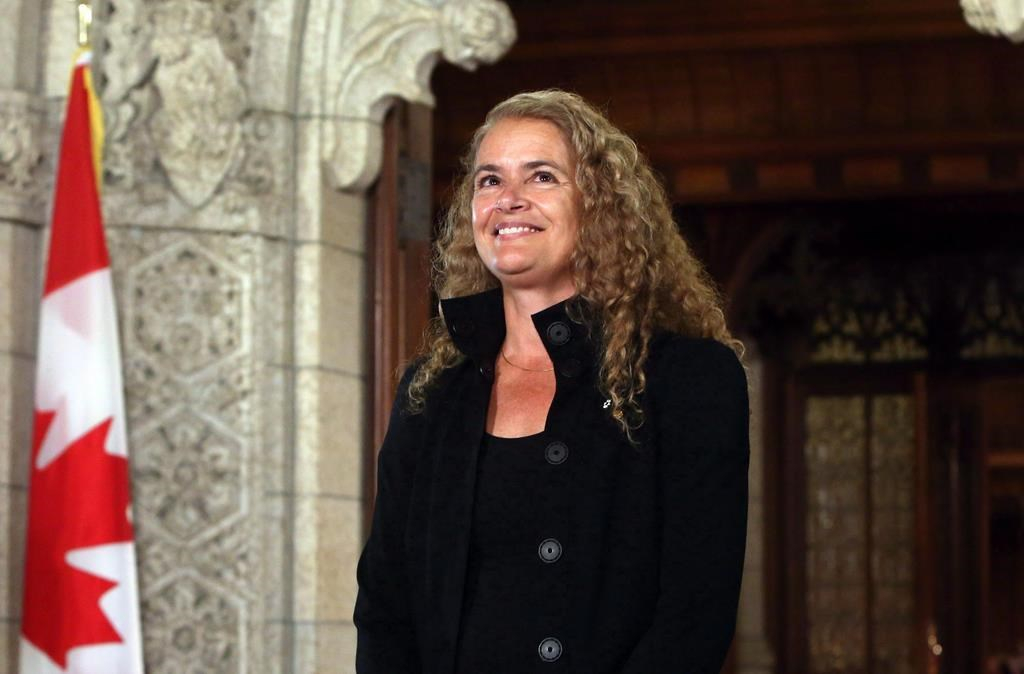 Julie Payette smiles on Parliament Hill in Ottawa after she was introduced as governor-general designate, Thursday July 13, 2017. File photo by The Canadian Press/Fred Chartrand
Previous story

In a written statement issued Monday to a media consortium challenging her in court, Payette says she decided to drop her bid for transparency reasons.

Several Canadian media organizations were contesting her efforts to seal her divorce records in Maryland.

Payette says she made the initial move to preserve her privacy and protect her family.

The retired Canadian astronaut says she has done everything possible to turn the page on her divorce and move forward in the best interests of her son.

Payette is expected to start her new job in the fall.