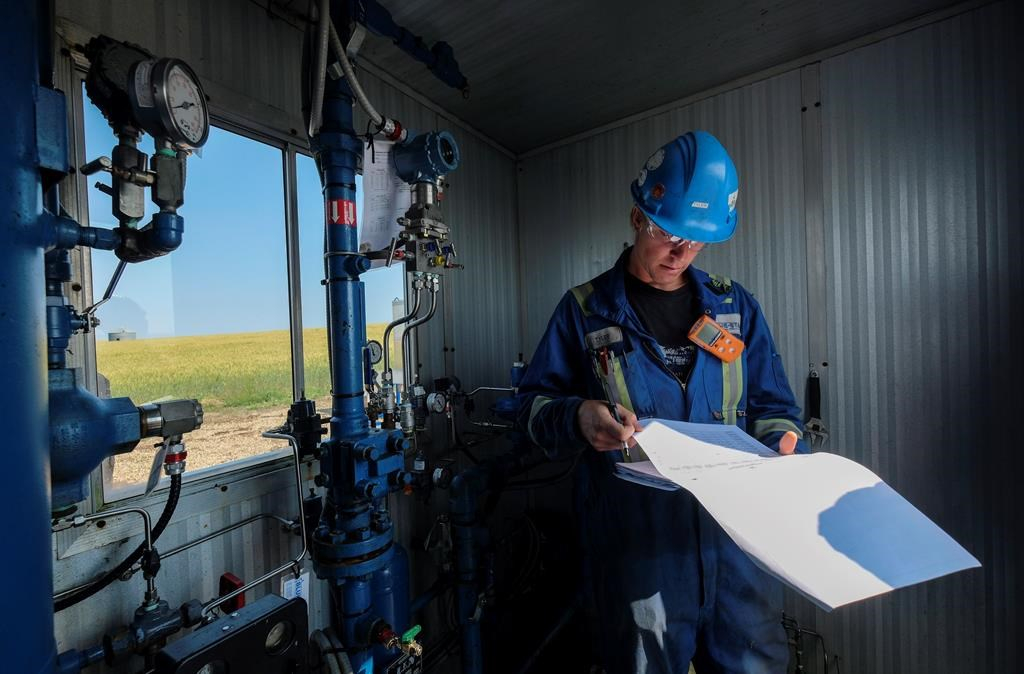 Where some see only a jumble of rusted pipes and black tanks jutting from a weed-infested yard in a prairie grain field, Tyler Visscher sees opportunity.

The 31-year-old Red Deer, Alta., electrician is trying to build an oil and gas company the hard way, by scouring the Orphan Well Association's list of parentless wells in Alberta in hopes of picking out a few winners.

He "adopted" his first well two years ago — bought it, actually — and is now wading through a "whack of paperwork" to buy a second.

"Oh, yeah, it's a gamble for sure," says the budding oilman. "With everything, there's a risk, right?"

The crash in commodity prices of the past three years has been linked to a dramatic increase in orphans — oil and gas wells assigned to the OWA because there's no owner financially able to seal the wells, remove equipment and restore the land when their productive life ends.

In the fiscal year ended March 31, the OWA had 1,391 wells on its list designated for abandonment, up from 768 a year earlier.

That number doesn't include 1,380 wells the regulator assigned to the OWA in an unprecedented move early this year after owner Lexin Resources was accused of ignoring AER orders and regulations. The former Lexin assets are being marketed as a package by its receiver in a process expected to wrap up this fall.

Many assume orphan wells and related assets are all liability with no value but the Alberta Energy Regulator says that's not the case.

"Recently, many wells, pipelines and facilities have been deemed orphans because their owners have gone bankrupt, despite the fact that they are still capable of producing, transporting or processing oil or gas," said AER spokesman Ryan Bartlett.

In an effort to place those assets with responsible new owners, the AER has provided a database on the OWA website that gives orphan well locations and history — information designed to attract potential buyers.

"It's very time-consuming because you have to scour these wells and you have to figure out, 'OK, why is this well on the list?'" said Visscher.

"Was it bad management and the company went bankrupt and now this well is in the orphan well list? Or is the well a poor well? Was it not completed properly? Was it not operated properly? You have to go through, kinda like a detective."

To take over the well's production — and responsibility for its environmental liability — the buyer must acquire the underground mineral rights and surface access rights before applying for a licence transfer from the AER.

Not many bother. The AER says the number of licence transfer applications it has handled has increased from four in 2013 to 20 in 2016.

Visscher said it took several months to buy his first well east of Calgary. And many hours of work to clean it up after years of neglect.

The Crown lease had been returned to the province so he nominated it for public auction and filed the successful bid to buy the mineral rights. He then negotiated an agreement with the landowner, a farmer who hadn't been paid rent by the previous insolvent owner in four or five years, to gain surface access.

To complete the licence transfer, he then had to pay a $10,000 fee to the OWA. To ensure the wellsite will eventually be reclaimed, he has also had to post a $100,000 bond with the AER.

In all, he says it cost about $50,000 to buy the well which is daily producing some 90,000 cubic feet of natural gas (enough to heat an average single detached home in Canada for one year) plus two barrels of oil. He figures the decade-old well originally cost about $1 million to drill.

Visscher has equipped the well with solar-powered pumps and automated controls designed by his electrical company, Blue Star Electrical, and is using it to demonstrate those products for potential buyers.

He said he's excited about his second well which is awaiting AER licence transfer. It comes with about 260 hectares of Crown drilling rights which means he will have room to drill more wells if he can find the financial backing to do so.

OWA chairman Brad Herald says "the clock is ticking" for entrepreneurs like Visscher who want to buy orphan wells because a big acceleration in well site cleanups is expected to start this fall.

That's when a $30-million grant announced in the last federal budget is expected to arrive, allowing the province to go ahead with its plan to offer $235 million in loans for OWA projects.

OWA's annual spending is usually restricted to its $30 million per year industry levy.

If Visscher runs out of

If Visscher runs out of options for adoption on the orphan well listing, there are over 83,000 more inactive or suspended sites (D13) in which he can buy out a lease for a dud of a fracked well, to produce a couple barrels of oil.

Over leveraged, under experienced juniors, or "rookies" such as this, are the very reason, the OWF is overwhelmed. When a company does not have the significant financial means to properly operate and maintain well sites and facilities, they end up insolvent or like the numerous orders on the AER website, in non-compliance of care and custody of licensed facilities.

The $100,000 bond posted to the AER is not sufficient to reclaim a well site. Nonetheless, the AER will sell anything, to pass the buck...onto the taxpayers. That no public interest, no duty of care to the public, no public health mandate and legally immune legislation under REDA, makes for one dysfunctional regulator.

Brad Herald is a dimwit. The clock is not ticking. The $235 million "loan" will only remediate a fraction of the liable assets in the province. Then CAPP will be demanding more taxpayers cash to clean up industries mess, while they continue to take $4.64 per boe for their membership fees. Obviously, if there are viable assets in the orphan listing, they will not be first on the list to be reclaimed, priority is given to those sites that pose a public health and environmental risk.

This is just the industry darling journalist, Dan Healing, trying to put a positive spin on the horrendous liabilites that will befall taxpayers in our province and the complete mismanagement of the OWA and the AER's liability program.

Adoption of one or two crappy wells, to feature a solar pumping system, is not the answer to hundreds of billions of dollars in liable assets.