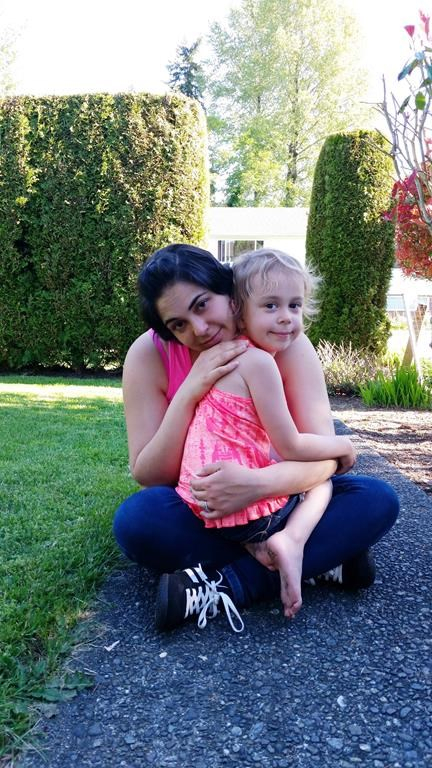 Lisa Partridge is seen holding her daughter Adrianna, 4, in Comox, B.C., in this May 20, 2017, handout image. Handout by Lisa Partridge
Previous story
Next story

Lisa Partridge was 14 when she learned she was HIV-positive.

The teenager living in Comox, B.C., underwent a tainted blood transfusion when she was an infant in Romania. When she fell terribly ill at age one, her distraught parents searched for a cause until a doctor finally recommended HIV testing.

She tested positive. For the next 13 years, she took a daily cocktail of pills that she believed were for a congenital heart defect, from which she also suffers. When her parents told her the truth, she was stunned.

"I kind of remember freaking out a little bit and being like, 'Oh my God,'" recalled Partridge, now 27. "But then I did more research into it and it's not as bad as people thought it was."

Partridge's story speaks to the enormous medical and social strides that have been made since HIV was first identified in the 1980s. Antiretroviral therapy has suppressed the virus in her system, allowing her to lead a healthy life without fear of transmitting HIV to others, and she has rarely encountered stigma from romantic interests, friends or co-workers.

So, her dream of starting a family with her husband has never been in doubt. Their daughter, Adrianna, was born healthy and HIV-free four years ago, and the "rambunctious little thing" has been keeping her mom busy.

"I thought I wanted two (kids) and I had one and I think I'm OK with that," said Partridge with a laugh.

New research shows that improved treatment is allowing more Canadian women living with HIV to get pregnant. Nearly 25 per cent of women reported a pregnancy after an HIV diagnosis, says the study from the Canadian HIV Women's Sexual and Reproductive Health Cohort Study, supported by the BC Centre for Excellence in HIV/AIDS.

Angela Kaida, a co-author and a Canada research chair in global perspectives on HIV and sexual and reproductive health at Simon Fraser University, said HIV-positive women are living healthier and longer lives when properly treated.

"An HIV diagnosis doesn't preclude you from motherhood and that experience can be healthy, can be happy, can be wonderful and that's a reality that we didn't foresee in the earlier days of this epidemic," she said.

In British Columbia, among pregnant women living with HIV who are successfully engaged in treatment, there has not been a single HIV transmission from a mother to child in over 20 years, said Kaida.

One major reason for that impressive statistic is the hard work of the Oak Tree Clinic, the Vancouver-based provincial referral centre for women living with HIV and their families, said co-author Kate Salters.

"We are really leading the charge in that capacity," said Salters, who is based at the BC Centre for Excellence in HIV/AIDS.

The authors analyzed data involving 1,165 women living with HIV. Two-hundred-seventy-eight women reported 492 pregnancies after diagnosis, 61 per cent of which were unintended.

The rate at which women with HIV are getting pregnant is lower than that of women without HIV, but the rate of unintended pregnancies is much higher. Among the general population, just 27 per cent of pregnancies are unplanned.

Kaida said unintended doesn't necessarily mean unwanted, but the study does suggest there are gaps in reproductive planning for HIV-positive women. There tends to be an over-reliance on the male condom, which has a relatively high failure rate, she said.

Another reason could be that women who are on treatment are healthier and may see an unexpected rebound in their fertility, she said.

Partridge, who has been taking medication her entire life, said she's never noticed any adverse health effects related to her HIV.

Right now, her four-year-old daughter just knows her mom takes pills to keep her healthy. Partridge said she and her husband plan to start explaining HIV to Adrianna in the next couple years, so she understands it's a manageable condition.

"There have been kids that grow up thinking, 'Oh no, mommy or daddy is going to pass away because they're sick,' " said Partridge. "That's not what we want to instill in her."