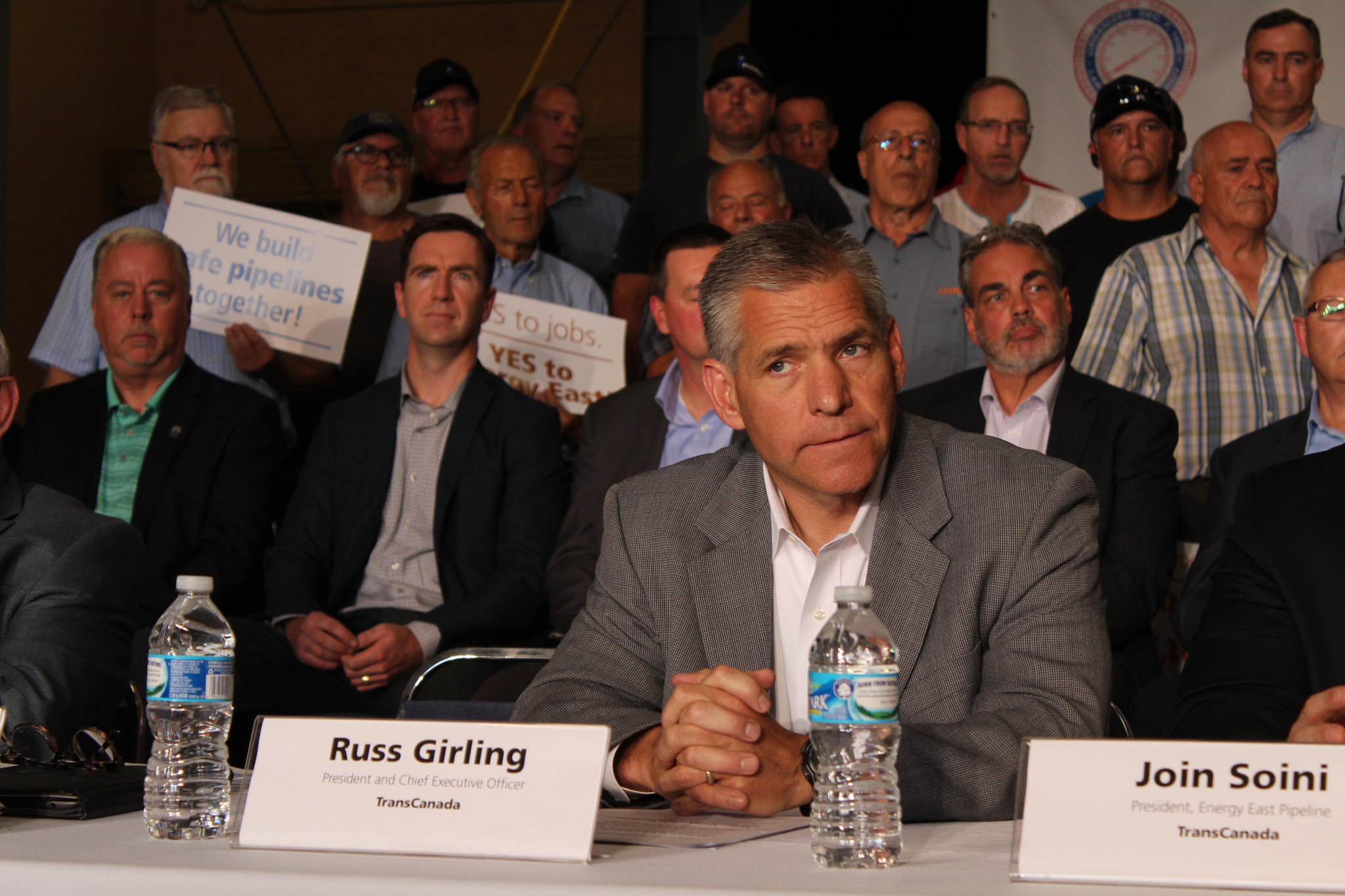 Canada's second largest pipeline company has sent a message that it's reviewing whether to abandon a major crude oil expansion project due to stringent new climate change standards proposed by a federal regulator.

In a statement released late on Thursday after the closing of financial markets, Calgary-based TransCanada Corp. said it had asked the National Energy Board to suspend its review of the Energy East and Eastern Mainline projects for 30 days as it studies how a new list of issues to be considered by the regulator might impact project costs.

TransCanada sent the NEB a letter asking for a 30-day suspension on its review so that it could calculate the impact of that decision on its bottom line. It also indicated that it was going to stop recording some accounting expenses related to the project, retroactive to the date of the NEB's recent announcement.

"Due to the significant changes to the regulatory process introduced by the NEB and the request for a 30-day suspension of the applications, TransCanada will cease recording Allowance for Funds Used During Construction (AFUDC) on the projects effective August 23, 2017, being the date of the NEB's announcement altering the terms of their assessment," the company said in its statement on Thursday.

The Energy East pipeline is the largest pipeline proposal in Canadian history, and if approved, would ship up to 1.1 million barrels of oil per day from producers in Alberta, Saskatchewan and North Dakota to refineries and marine ports in Quebec and New Brunswick. ​Eastern Mainline is a proposal to add 250 kilometres of new natural gas pipeline facilities and nine compression facilities to an existing natural gas system in southern Ontario.

But the company indicated on Thursday that it was hitting the brakes on Energy East due to the new guidelines proposed by the NEB.

"Should TransCanada decide not to proceed with the projects after a thorough review of the impact of the NEB's amendments, the carrying value of its investment in the projects as well as its ability to recover development costs incurred to date would be negatively impacted," the company said in its statement.

Delays on Keystone XL as well

The latest revelations come as TransCanada seeks to find new shippers to proceed with plans to build another pipeline, Keystone XL, which would link Alberta's oilsands producers to refineries on the Gulf Coast of Texas. Earlier this week, TransCanada announced that it was extending an "open season" designed to lock up new customers for the Keystone XL pipeline until late October, to give oil companies, impacted by Hurricane Harvey, more time to make decisions on whether to participate.

"Due to the severe weather conditions, we determined along with our customers that additional time would be warranted as our customers are focused on ensuring the safety of their staff and facilities at this time," TransCanada's Terry Cunha told National Observer via email at the time.

The company could not be reached for comment on its letter about Energy East and Eastern Mainline in time for publication of this story.

If both Energy East and Keystone XL proceeded, combined they would be transporting up to two million barrels of oil per day. While the Keystone project would go south to the United States, Energy East would link the Prairies to the East Coast along a 4,500 kilometre route.

Both TransCanada and the country's business community have argued that the NEB is overstepping its mandate by proposing to review upstream and downstream greenhouse gas emissions.

On Thursday, a spokeswoman for the Canadian Energy Pipeline Association reiterated the industry group's objection to the NEB's decision, referring to its Aug. 23, 2017 media statement, which says: "CEPA firmly believes that broad public policy issues, such as climate change, should be addressed at the political level, and not through pipeline project reviews."

In an email, a spokeswoman for the Canadian Association of Petroleum Producers (CAPP), Canada's largest oil and gas lobby group, declined to comment on the specifics of TransCanada's request. CAPP however, said Chelsie Klassen, did not support the NEB's decision to review upstream and downstream greenhouse gas emissions because "it's a duplication of regulations already on upstream projects."

"It makes the review more complex and adds unnecessary delays to an already lengthy process," she explained.

From CAPP's perspective, Klassen said: Canada's oil and natural gas industry already face, "challenges to maintain competitiveness at home and abroad and pipeline approvals advance opportunities to make Canada an attractive place for investment. The new environmental assessment guidelines must be implemented properly otherwise they have the potential to impact infrastructure projects like Energy East."

This and other proposed changes to the review were introduced after a previous NEB panel reviewing Energy East was forced to resign over conflict of interest allegations uncovered by National Observer in July and August 2016.

All of the work completed by the previous panel, including its assessment that TransCanada's application was complete, was scrapped as the review process started all over again in 2017. Environmentalists have praised the NEB's move to expand its review of climate change impacts, saying it allows for a more thorough evaluation of whether the pipeline would be in the public interest.

TransCanada's president and chief executive officer Russ Girling also said in the company's Thursday statement that it still planned to proceed with many other projects on its books.

"Apart from Energy East, we will continue to advance our $24 billion near-term capital program in addition to our longer-term opportunities," said Girling. "Our portfolio of high quality projects is expected to generate growth in earnings and cash flow to support an expected annual dividend growth rate at the upper end of an eight to 10 per cent range through 2020."

Greenpeace Canada senior energy strategist Keith Stewart speculated that TransCanada might be considering whether to launch a legal challenge of the NEB's decision, noting that it's looking like the Energy East project will never be built.

"Given that they are having trouble selling space on Keystone XL thanks to the low price of oil price and the likelihood of climate action reducing future oil demand, Energy East is looking more and more like a 4600 km long white elephant," Stewart said Thursday.

“This all started when thousands of people across Canada got together and applied for the Energy East review demanding to speak about climate change," she said in a statement. "Now, more than two years later, we’re winning. Energy East is getting a climate review and TransCanada looks ready to call it quits. This is a win for people power and shows the fossil fuel billionaires know that their business plans don’t fit with real climate action.”

— with files from Trish Audette-Longo

TransCanada would have shipped oil from North Dakota, the place where First Nations rallied from the USA and Canada to prevent the DAPL pipeline being built under - where else?- a vulnerable native area. Trump of course OKd it.
For me this pipeline is a deeply personal as well as an environmental issue. I know Orval Looking Horse , a leader and one of those people facing the drones and heavily armed military to protect his people's land. We'd met at a Sacred Water Gathering at Trent University a few years ago. Orval Looking Horse compared to Trump? It's best to borrow from Hamlet: "Hyperion to a satyr." May Trans Canada never, never threaten him and his community.

Let's hope the brakes lock and seize. A proposed project fueled by greed, not need.
The environment and landowners will be dancing in the street should TransCanada cancel.
Hallelujah.