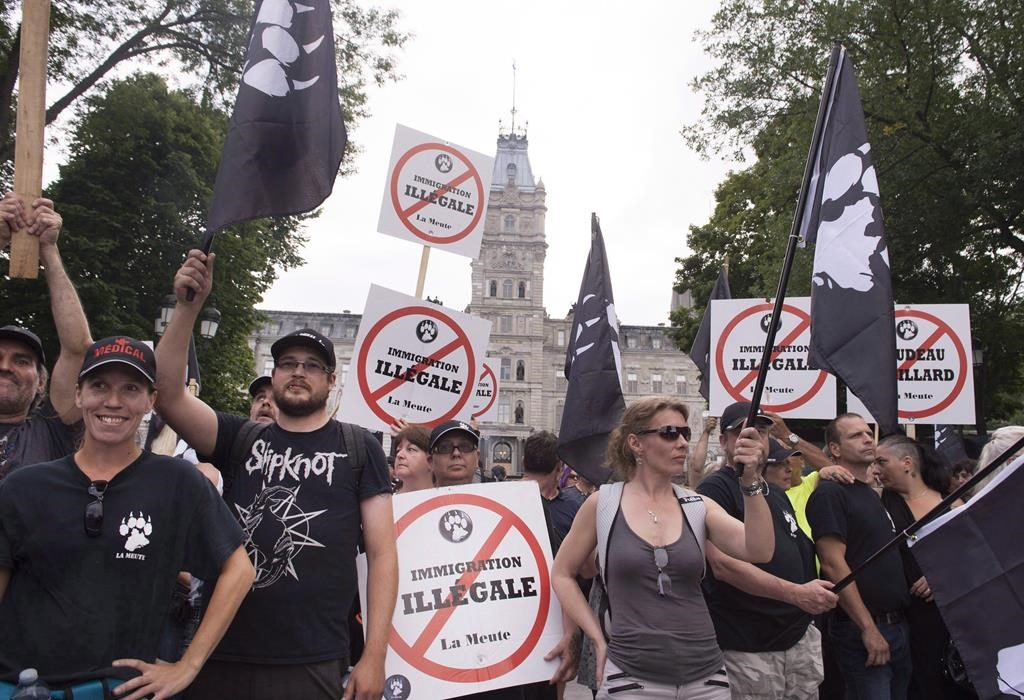 Demonstrators of a right wing group, "La Meute" demonstrate in silence in front of the legislature, on Sunday, August 20, 2017 in Quebec City. File photo by The Canadian Press/Jacques Boissinot
Previous story
Next story

The two men, 19 and 20, could face charges of armed assault and assault causing bodily harm and are expected to appear later today in a Quebec City courtroom.

Police in the provincial capital say two distinct groups took part in demonstrations on Aug. 20 and that a third group was involved in another protest, which was declared illegal.

The protest was broken up by the anti-riot squad and police say an investigation into alleged criminal acts is ongoing.

Several hundred people had gathered to oppose a demonstration planned by La Meute, a right-wing group that wanted to protest against immigration policies.

Some demonstrators who defined themselves as anti-fascists ended up clashing with police after blocking La Meute members in an underground parking garage for several hours.

The counter-protest was organized by anti-fascist and pro-refugee groups after at least two Quebecers were identified participating in a white supremacist rally last month in Charlottesville, Va.