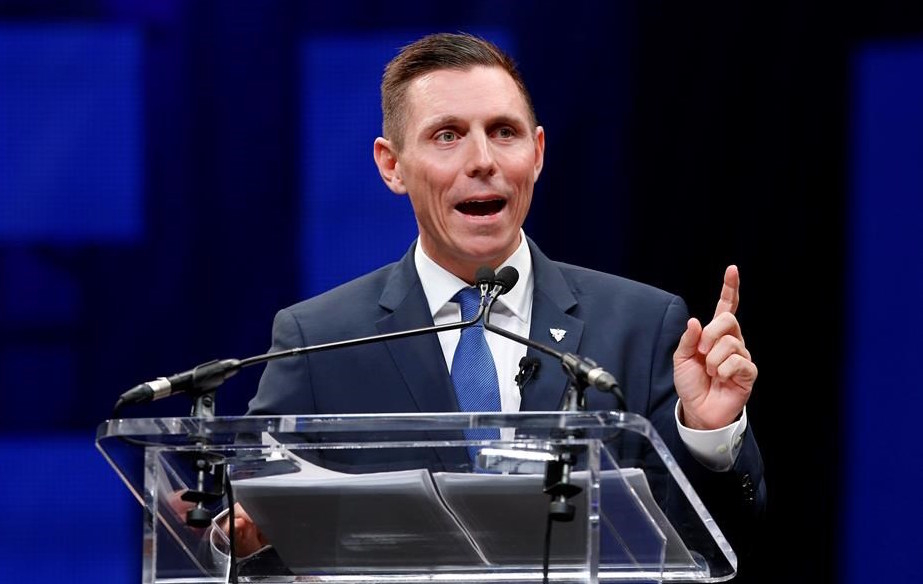 The leader of Ontario's Opposition, Patrick Brown said on Thursday, September 14, 2017, he is ignoring Premier Kathleen Wynne's request that he retract comments he made about her. File photo by The Canadian Press
Previous story

The leader of Ontario's Opposition said Thursday he is ignoring Premier Kathleen Wynne's request that he retract comments he made about her, dismissing a warning that he could face legal action as "baseless."

Wynne's lawyers wrote a letter to Patrick Brown on Wednesday asking that he withdraw and apologize for statements he made about the premier's role in a Liberal bribery trial.

The letter said the Progressive Conservative leader told reporters Tuesday that Wynne was standing trial, when in fact she is not on trial or even under investigation, but is offering voluntary testimony.

It was made public moments before the premier took the witness stand at the trial in Sudbury, Ont., where two Liberals are facing bribery charges under the Election Act.

Brown's office had previously suggested he misspoke when he made the comments to reporters and pointed out that he immediately tried to clarify them. But Brown appeared to stand by his words in a statement released early Thursday morning.

"Yesterday was a sad day for Ontario," he said. "No one, whatever their political view, wants to see the premier of our province debased and humiliated. Regrettably Kathleen Wynne compounded this sorry spectacle with baseless legal threats against me; threats that will be ignored.

"We as a province need to put this ugly chapter behind us and move on."

"It would be rather nice, I would think, if Mr. Brown would simply acknowledge...it was a slip of the tongue and we could be done with this," Jack Siegel said.

Siegel said he would discuss any possible next steps with the premier.

This is the second time in a week that the Liberal government has threatened legal action over remarks made by a Progressive Conservative member of the provincial legislature about the Sudbury trial.

Last week, Bill Walker told a local radio station Wynne was under investigation and facing charges in connection with the bribery trial. Days later, he issued a statement apologizing for the remarks.