Omar Khadr visits with sister remain restricted, but can use Internet freely 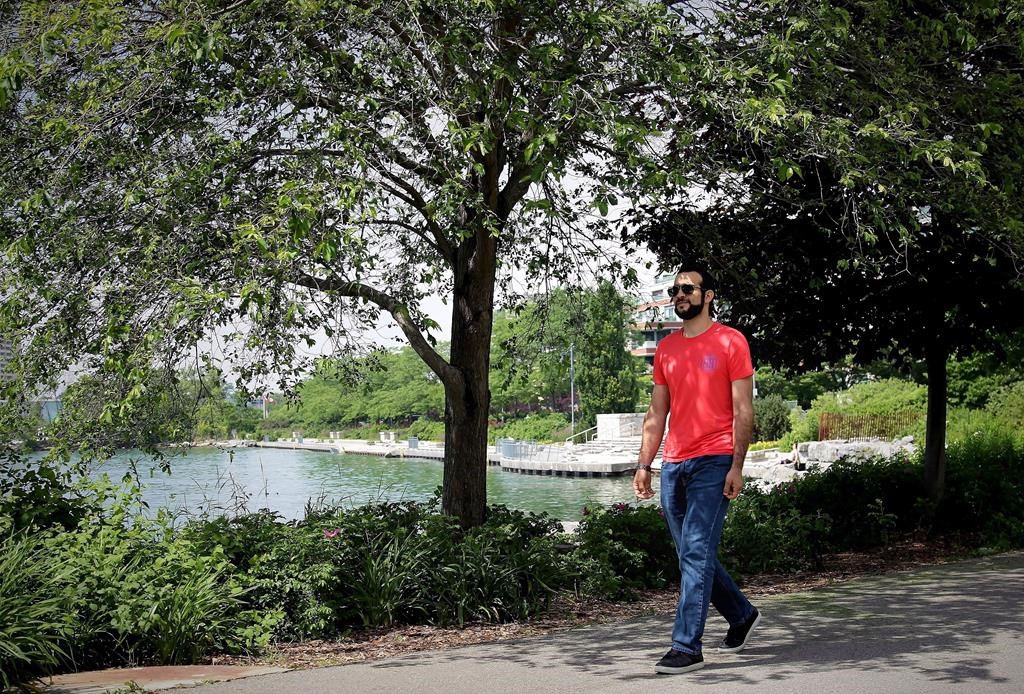 Omar Khadr's visits with his controversial sister will remain restricted, but he has been granted more freedom to use the internet.

A hearing on whether to ease some bail conditions for the former Guantanamo Bay detainee was held Friday morning in Edmonton.

Khadr, 30, has been out on bail pending the appeal of his conviction by a U.S. military commission for five purported war crimes.

Khadr was seeking unsupervised visits with his sister, Zaynab Khadr, who has in the past expressed support for the al-Qaida terrorist group.

In 2005, Zaynab was investigated by RCMP for allegedly aiding al-Qaida, but no charges were filed. She is now reportedly living in Sudan with her fourth husband, but is planning a visit to Canada. Khadr's lawyers had argued their client wanted to reconnect with his family and is old enough that he can't be negatively swayed.

Justice June Ross said there is nothing to indicate his sister has changed her views, so any contact Khadr has with her must still be made with one of his lawyers or his bail supervisor present.

Another request to be allowed to travel more freely within Canada without having to gain permission was also denied.

Khadr also sought unrestricted access to the Internet, and was granted more freedom provided he stays away from anything to do with terrorism on the web.

He had been restricted to only using his personal devices, but his lawyer argued that was unrealistic in an age where connections to the internet are everywhere.

The Toronto-born Khadr spent years in U.S. detention at Guantanamo Bay after he was caught when he was 15 and accused of tossing a grenade that killed special forces soldier Christopher Speer at a militant compound in Afghanistan in 2002.

In 2010, Khadr pleaded guilty to multiple charges before a U.S. military commission, including to killing Speer, but has since said he can't remember if he tossed the grenade. He has said he entered the plea to try to get out of Guantanamo, where he says he was mistreated, and into the Canadian justice system.

He returned to Canada in 2012 to serve out the rest of the eight-year sentence he was given.

Canada's Supreme Court ruled in 2010 that Khadr's charter rights were violated at Guantanamo and Canadian officials contributed to that violation. Khadr filed a $20-million lawsuit against the government and this summer settled the case for a reported $10.5 million.

Khadr has said he wants to move on with his life. He recently married and plans to move to the city of Red Deer, halfway between Edmonton and Calgary, to study to become a nurse.