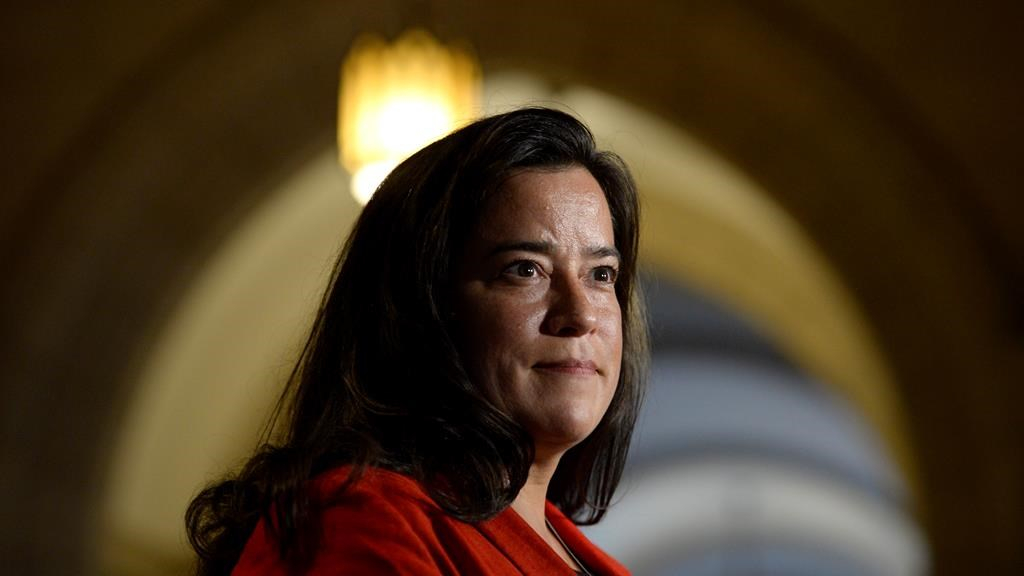 Minister of Justice Jody Wilson-Raybould speaks to members of the media on Parliament Hill in Ottawa on Tuesday, June 6, 2017. File photo by The Canadian Press/Adrian Wyld
Previous story
Next story

The issue of whether criminal charges are the right way to deal with people who fail to disclose their HIV-positive status to sexual partners is on the table as Justice Minister Jody Wilson-Raybould meets her provincial and territorial colleagues in Vancouver.

Last year, the federal justice minister promised to examine how the criminal justice system responds to the non-disclosure of HIV status, which could include reviewing current practices on laying charges and going ahead with prosecutions, as well as developing prosecutorial guidelines.

"The over-criminalization of HIV non-disclosure discourages many individuals from being tested and seeking treatment and further stigmatizes those living with HIV or AIDS," Wilson-Raybould said in a statement published Dec. 1, 2016, which was World AIDS Day.

The results of that promised review are not expected to be shared publicly till this fall, but Wilson-Raybould will update her fellow justice ministers at their two-day meeting in Vancouver and encourage them to consider what they could do to address the issue.

The Supreme Court of Canada has ruled that consent to sexual activity can be considered null and void if the accused person failed to disclose, or lied about, his or her HIV status. The Crown must also prove the person would not have consented to sex if he or she had been aware of the HIV status.

That can lead to a charge of aggravated sexual assault — the most commonly applied, although there have been others — so long as the sexual contact has either transmitted the virus to the complainant, or put them at significant risk of contracting it.

The high court clarified in 2012 that this would not apply if someone uses a condom and also has a "low viral load," but advocates argue the law has fallen far behind the science on the level of risk.

The Canadian HIV/AIDS Legal Network has counted at least 184 people — involving 200 cases — who faced charges for offences related to HIV non-disclosure in Canada between 1989 and 2016, with the majority of them occurring since 2004.

Speaking on the condition of anonymity, a source familiar with the file said the discussion in Vancouver will be about making sure everyone has a clear understanding of the impact of how things are being done now.

Since provinces are responsible for the administration of justice when it comes to the Criminal Code, many of the potential solutions — such as issuing prosecutorial guidelines on how to handle allegations of HIV non-disclosure — would be within their jurisdiction.

Ontario Justice Minister Yasir Naqvi said he is glad to see the issue on the agenda, but wants to see the results of the federal review before making any commitment to prosecutorial guidelines or other measures.

"We have said since the federal government will be reviewing the Criminal Code and the over-criminalization of people with HIV, that it's important for us to wait and see what the review is," Naqvi said in Vancouver.

"Because if there is information that comes out, I think it's important that we have all that information," he said.

Richard Elliott, executive director of the Canadian HIV/AIDS Legal Network, said he is encouraged the issue has been put on the agenda as a problem that needs to be solved.

"That's the first step — we've got to recognize that there is a problem," said Elliott.

"I hope that we can get at least a critical mass of provincial attorneys general also recognizing that there is a problem," he said.

"I think that is still a work in progress."