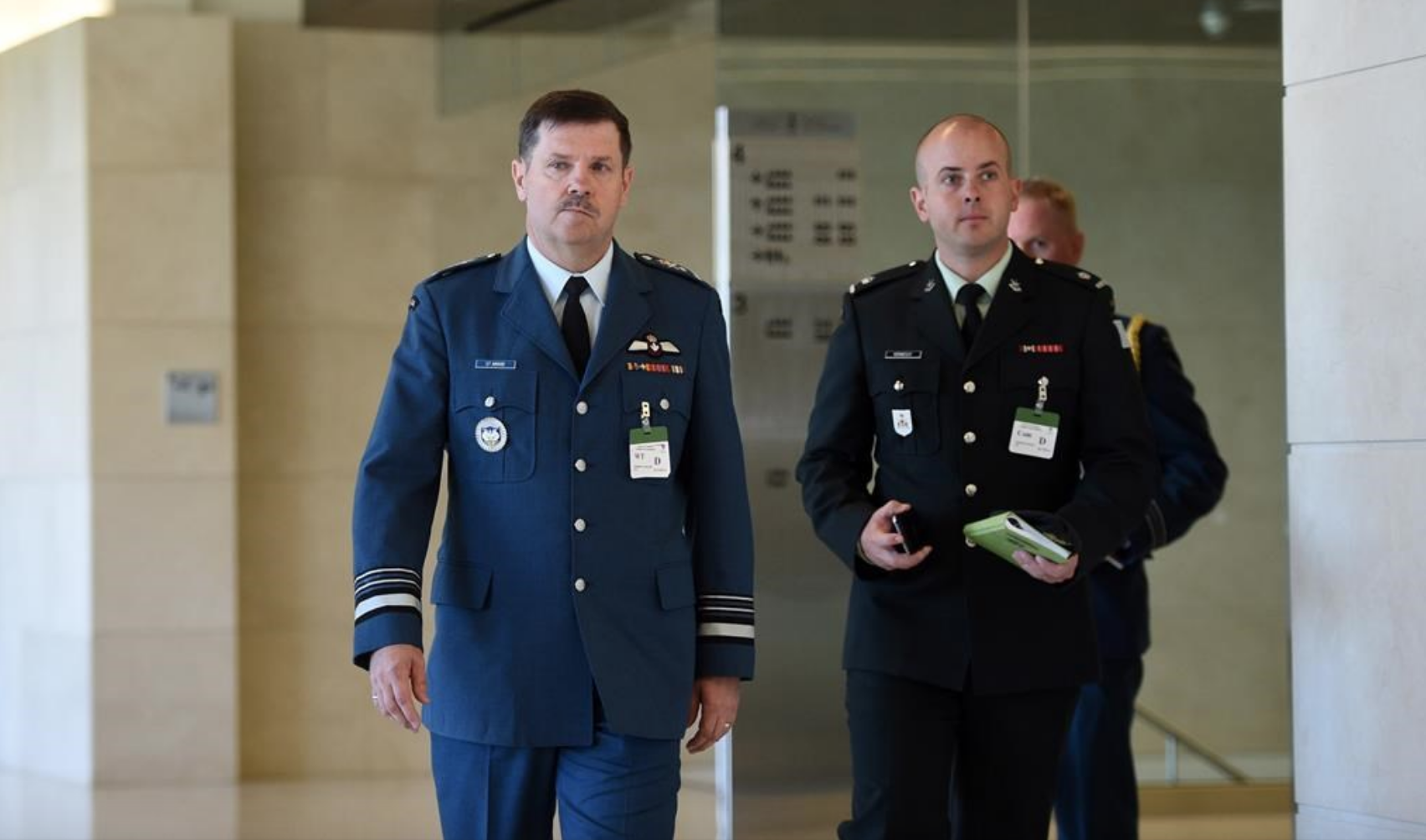 Lt. Gen. Pierre St-Amand, left, arrives to appear as a witness at a commons national defence committee in Ottawa on Thursday, Sept. 14, 2017. Photo by The Canadian Press
Previous story
Next story

Current U.S. policy directs the American military not to defend Canada if it is targeted in a ballistic missile attack, says the top Canadian officer at the North American Aerospace Defence Command.

"We’re being told in Colorado Springs that the extant U.S. policy is not to defend Canada," said Lt.−Gen. Pierre St−Amand, deputy commander of Colorado−based Norad. "That is the policy that’s stated to us. So that’s the fact that I can bring to the table."

St−Amand delivered that revelation Thursday during an appearance before the House of Commons defence committee, which is studying the extent to which Canada is ready for an attack by North Korea.

The study comes after several provocative nuclear and ballistic missile tests by North Korea, which have stoked fears Canada could end up in the middle of a confrontation between the U.S. and the so−called hermit kingdom.

The latest test occurred on Friday, when North Korea fired an intermediate−range missile over Japan into the northern Pacific Ocean. South Korea’s Joint Chiefs of Staff said the missile travelled about 3,700 kilometres and reached a maximum height of 770 kilometres.

Those tests have also resurrected questions over whether Canada should join the U.S. ballistic missile defence shield, which it famously opted out of in 2005 following a divisive national debate.

But Canada would have no role in deciding what to do if North Korea or any other country fired a missile at North America, he said. Canadian military personnel would instead be forced to sit on the sidelines and watch as U.S. officials decided how to act.

The general did acknowledge that U.S. officials could ultimately decide to intervene if a missile was heading toward Canada, but that the decision would likely be made in "the heat of the moment."

St−Amand’s comments appeared to confirm the worst fears of many people who believe it is time for Canada to join the U.S. ballistic missile defence shield.

Prime Minister Justin Trudeau seemed to all but close the door on joining ballistic missile defence last month when he said Canada’s position is "not going to be changed any time soon."

But that has not stopped various defence experts, retired military personnel and even some Liberal MPs from calling for Canada to embrace the missile shield to ensure the country’s protection.

Earlier in the day, officials from Global Affairs Canada and National Defence warned the committee that it was likely only a matter of time before North Korea would be able to launch an attack on North America.

But they also said that based on recent contacts with Pyongyang, the North Koreans do not see Canada as an enemy, but rather as a potential friend that has the ear of the U.S.

Those contacts include a meeting between Foreign Affairs Minister Chrystia Freeland and her North Korean counterpart in August.

"There has been no direct threat to Canada," said Mark Gwozdecky, assistant deputy minister of international security at Global Affairs Canada.

"On the contrary, in recent contacts with the North Korean government ... the indications were that they perceived Canada as a peaceful and indeed a friendly country."

Pyongyang’s primary goal is self−preservation, the officials said, and it understands the consequences of a war with the United States or any other country.

Yet the officials also said the risks of a miscalculation are high, and the Liberal government believes Canada has an important role in helping find a peaceful solution to the situation.

That includes talks, but also trying to exert more pressure on the North Korean government — either through diplomatic isolation or economic sanctions — to give up its nuclear weapons.

"We must convince Pyongyang that it can achieve its goals through peaceful diplomatic means," Gwozdecky said.