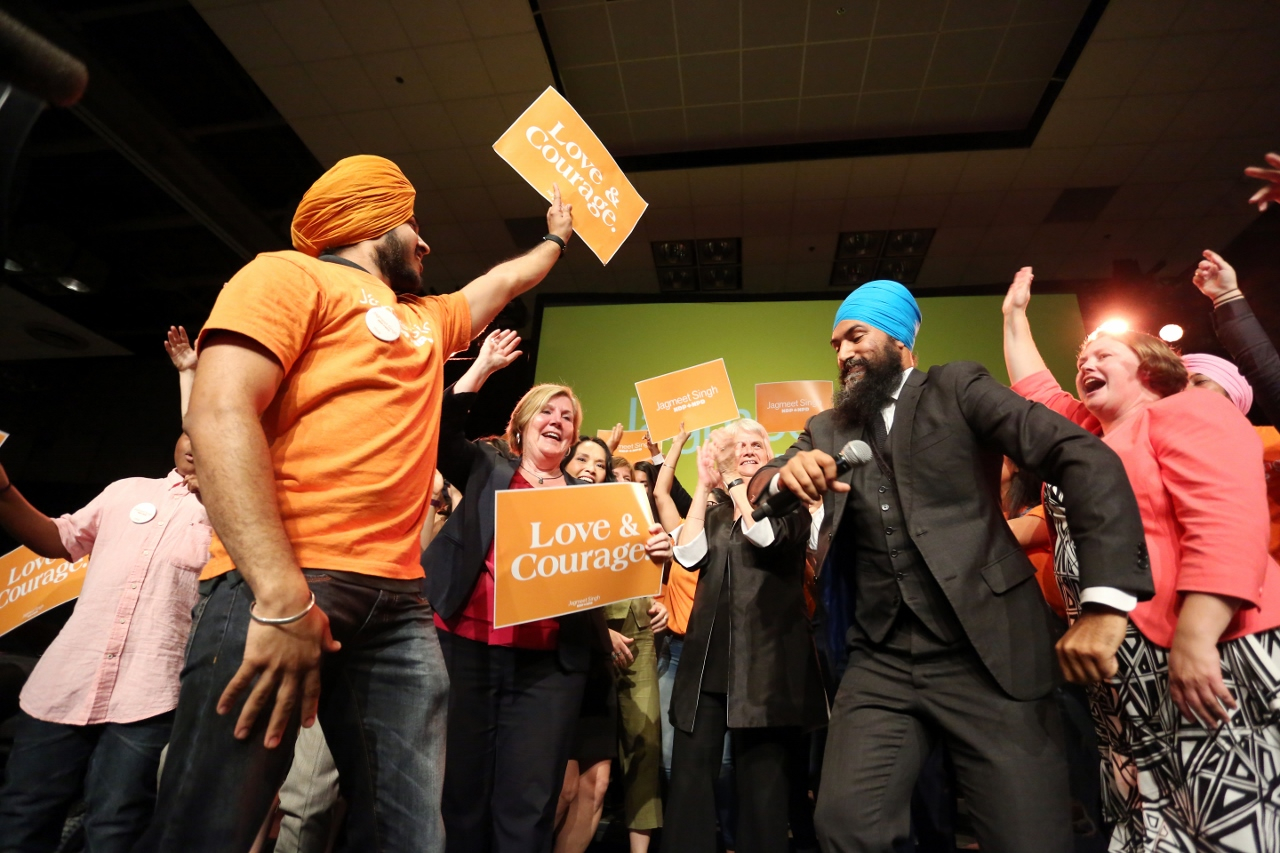 The four federal NDP leadership hopefuls had one last chance Sunday to make their case to party voters before balloting begins to select a replacement for outgoing leader Thomas Mulcair.

And all four said they are the candidate to unseat Prime Minister Justin Trudeau's government.

Manitoba MP Niki Ashton, Quebec MP Guy Caron and Ontario MP Charlie Angus and Ontario legislature member Jagmeet Singh took part in a leadership showcase Sunday at a caucus retreat. Each candidate had 22 minutes to present their plan for the federal party and all kept their verbal barbs targeted at Trudeau's Liberals, not each other.

Singh, the perceived frontrunner, pitched himself as the candidate who can square off against Trudeau to win in 2019.

"They told us we couldn't win in the suburbs and we did," he said. "In Alberta and British Columbia we were told we'd never win government, but Rachel Notley and John Horgan (did). We've also been told that the NDP will never form the federal government. But together, we will."

Singh said if he's selected as party leader, he will battle against income inequality, protect the environment and vowed to enact a ban on racial profiling. He also mentioned the highly publicized incident earlier this month when a heckler accused him of supporting Shariah law and the Muslim Brotherhood. The incident highlights why the party must stand against all forms of hate, he said.

Caron, who was endorsed by Nantel, distanced himself from the MP's comments, saying "Jagmeet, you have a place in my party and in my Quebec."

Angus's presentation focused on reconciliation with Indigenous communities, cutting student debt and economic inequality. Standing with a worker from the Cami automotive plant in Ingersoll, Ont., he vowed to fight corporate interests, and the Trudeau government, to stand up for workers.

Ashton told the crowd that if she led an NDP government she would eliminate tuition fees, create a national childcare system and a Crown corporation to fight climate change. She told party members that the NDP must be "bold and progressive" if it's going to be successful.

"Justin Trudeau, if you are watching, I have a message for you," she said. "Enjoy being prime minister while it lasts. ... Canadians know that only the NDP will bring real change."

Caron pledged to fight the Trudeau government with a substance over style approach. The party won't form government if it can't bolster its seat count in Quebec, he added. The NDP currently holds 16 seats in Quebec, well below the 59 it claimed in its historic breakthrough in the province in 2011 under Jack Layton's leadership.

"We absolutely need to regain our strength in Quebec," he said. "When we win in Quebec, we win seats all across the country because then, we become a real progressive alternative everywhere in Canada."

The NDP announced in August that party membership had more than tripled since March, from 41,000 to 124,000 card-carrying New Democrats.

Members of the NDP will vote for Mulcair's successor via mail-in or online voting starting Monday with results to be announced in early October.