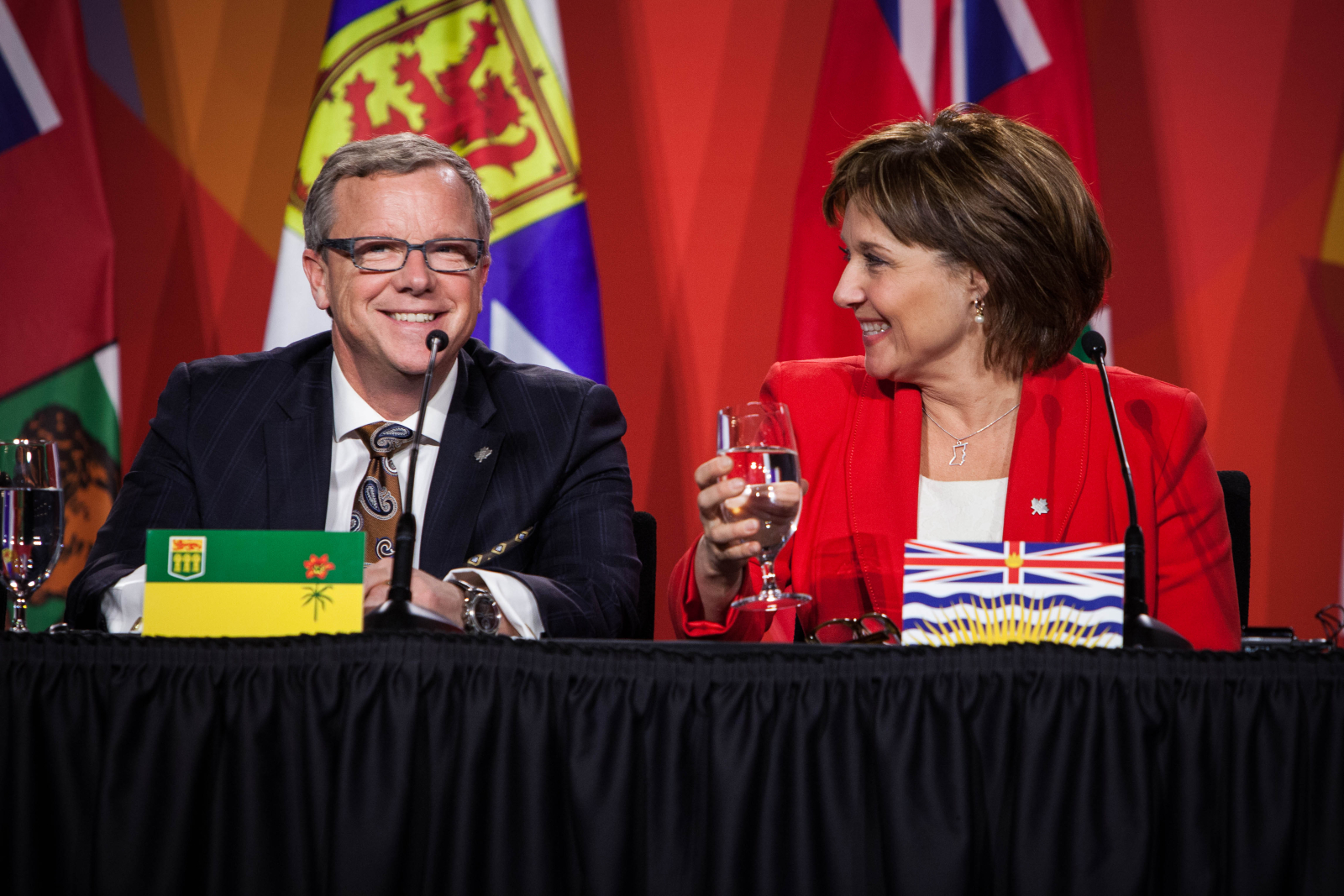 When news broke this month that the previous B.C. government's climate plan was written after consultations with oil industry insiders in Calgary, environmental advocates expressed outrage over alleged corporate influence on policy.

Documents disclosed in response to a Freedom of Information request show that provincial officials travelled to Calgary to hold five rounds of private meetings over three months in early 2016 a boardroom at the offices of the Canadian Association of Petroleum Producers (CAPP).

According to CAPP's Western Canada operations vice president Brad Herald, the meeting was "not at all" in line with how it was characterized. No one at the time worried about the optics of B.C.'s climate plan being discussed in the CAPP boardroom, he added.

He also said the provincial plan was ultimately decided on by the B.C. government itself.

"I think it was a simple logistics thing as opposed to anything else. I was deeply appreciative that the B.C. government came to where a lot of those companies were headquartered (in Calgary)," Herald said. "We had 20-25 attendees and they were traveling with two to three."

Herald said that neither then-natural gas minister Rich Coleman nor Clark attended any of the meetings.

Governments in Canada regularly consult with industry stakeholders prior to introducing policies and initiatives that have the potential to affect companies and jobs in any given sector.

But environmentalists have blamed the lack of bold initiatives in B.C.'s 2016 climate plan on closed-door meetings with fossil fuel industry executives.

Herald compared the industry's meetings with the B.C. government to other discussions between industry and environmentalists regarding emissions in Alberta.

"We weren't invited to the (B.C.) Climate Leadership Team but we're a very important sector of the B.C. economy," he said. "We represent the oil and gas sector in Canada and we are more than happy to offer our input in the process...we pushed hard and said, 'Let's get details on this as quickly as possible.'"

"I would liken that to a conversation in the auto industry if they get a new fuel standard, or airbag standards. There are conversations that kick off on how it will be done, timelines, and we seek clarity from governments."

Many of the companies represented in the Calgary meetings around the Climate Leadership Plan recommendations, had made donations to the BC Liberal party. Encana was a significant donor, contributing $670,316 to the BC Liberals from 2011 to 2017, according to Elections BC. Its founding CEO Gwyn Morgan, a former advisor to Clark, had given the BC Liberals $197,400 since 2011. Also present was CNRL, another oil giant that has contributed $112,700 to the BC Liberals, and N. Murray Edwards, a 37.5 per cent-shareholder of Imperial Metals and chairman to the oilsands giant CNRL. who raised more than $1 million in a private fundraiser in Calgary for Christy Clark's re-election bid in 2014.

But Herald dismissed the notion that the Alberta oil and gas industry's significant donations played any role in the way the B.C. government's climate plan was written.

"I know that's a significant election issue and I understand there's action forthcoming on this," Herald added, referring to the BC NDP government's bill to ban union and corporate campaign contributions and limit individual contributions to $1,200.

"For each jurisdiction we make sure we closely follow the rules of lobbying. We do it from an all party perspective, generally. We do think it's an important part of the process to make sure the architecture that governs that is up to date, modern, and meets the needs the expectations of people from British Columbia.

"Not a binary choice"

Herald said he didn't attend all the meetings, but that there were discussions around electrification (the provision of electricity to natural gas extraction sites and LNG plants in order to make gas production less GHG-intensive), B.C.'s methane target, among other topics.

Herald emphasized that ultimately, regardless of input from oil and gas companies, B.C. politicians were the ones responsible for drafting the climate plan for the province.

"I think there was definitely a degree of expectation (around B.C.'s climate plan) there but ultimately it's the sovereignty of elected officials to make those determinations," he said.

"We were a very significant player in that space. We gave our input, the Climate Leadership Team gave their input, and the government of B.C. — as I would expect — is held to account for those decisions every four years. [The BC Liberals] tried to create a balanced outcome that both cut emissions and grew the economy.

"We think both these things are possible. It's not a binary choice."

Hilarious. Gwyn Morgan, the former head of Encana, was a Christy Clark advisor, and the company he ran donated close to 200,000 to the Liberal campaign, but this is entirely normal, and didn't influence the Climate Plan they came up with? Another province travels to Oilpatch central, Calgary, Alberta, for closed door consultations with CAPP...five of them, but this is entirely normal???

We know where the oil company donations went, but do we know how much B.C. taxpayers forked out so their politicians could be schooled at Oil central? And while we're talking about their talking about electricity production, do we know what kind of advice CAAP provided for Site C?

My understanding is that mega dams are old, climate change producing technology. Recently, I also learned that the alluvial agriculturally rich soil there makes a damn poor dam wall. Maybe Christy and her bunch of neo-cons in liberal clothing should have talked to the National Farmer's Union. Those are the men and women who know a thing or two about the earth.

Who jet setted off to get their advice??

Thank goodness the current B

Thank goodness the current B.C. government is changing the rules for contributing to political parties during and between elections. And thanks to the mainstream media for staying so mum about the fact British Columbia is not only open for business, but open for political interference in their electoral decisions, from BIG MONEY anywhere on the planet.

At least now we know what a free market politics is actually about. Everything we think we own or hold dear, is up for sale.......and politically for the last several years, B.C. has been OPEN FOR BUSINESS, big time.

Ya...just more Big Oil obfuscation. $2 million to the BC Liberal Party from these donors alone and, voila, no real emissions cuts and economic benefits virtually all going to the donors' and their cronies.