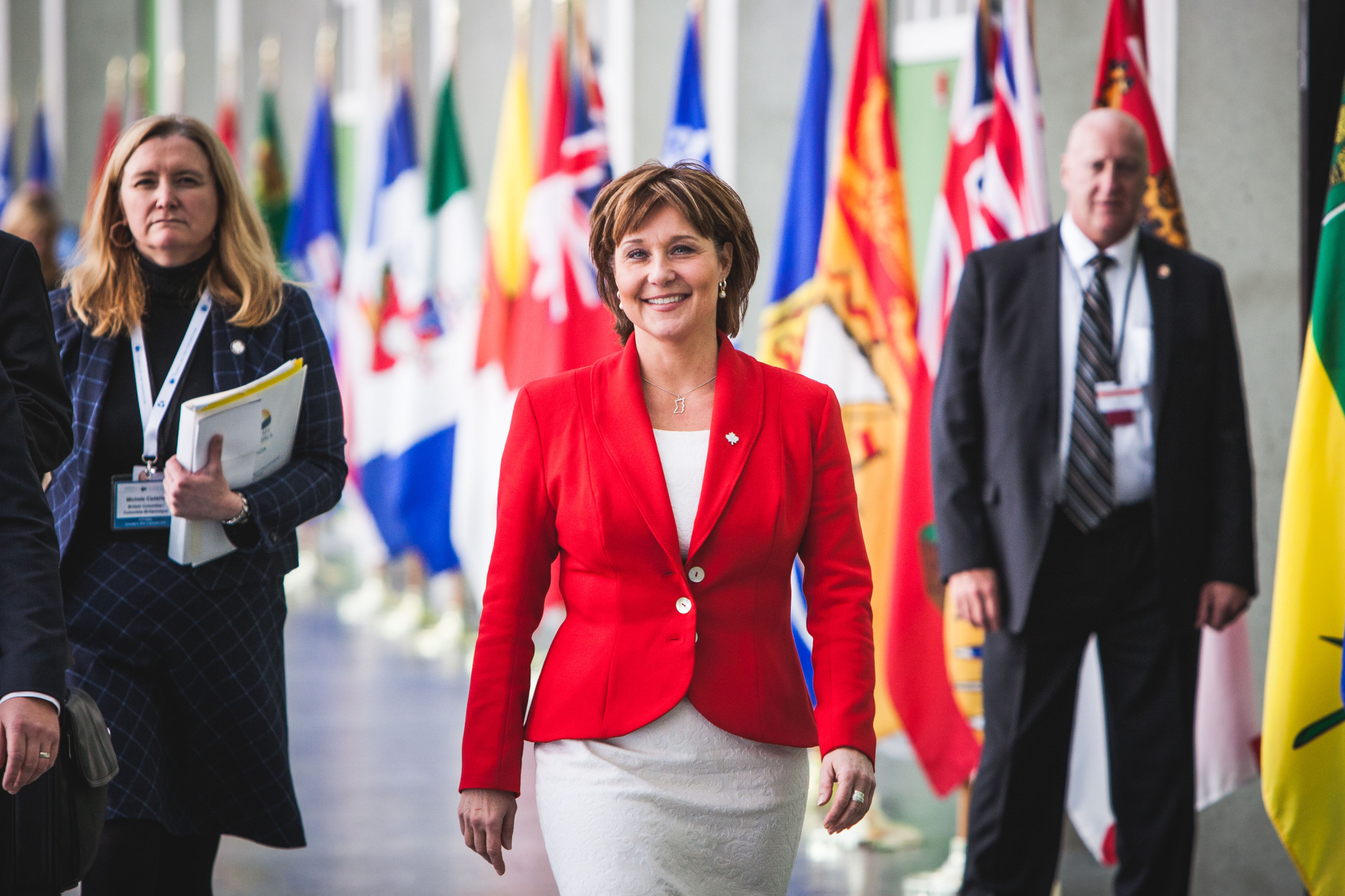 Paving and road maintenance companies that donated to the B.C. Liberal party received nearly twice as many contracts from the provincial government on average than companies that did not donate, according to an analysis by The Dogwood Initiative.

At least one company denies its political donations are related in any way to the contract bidding process. The BC Liberals and transportation ministry also deny any wrongdoing and both said they’re committed to transparency.

Dogwood is a Vancouver-based non-profit advocacy group that focuses on environmental and democratic reform issues.

The group's analysis, which it said was conducted in recent weeks, also found that the combined value of contracts to donor companies was higher overall. Donor companies landed a combined $758,141,729 in contracts, compared to a combined $539,250,324 awarded to non-donor companies, according to Dogwood's calculations.

“All I know for sure is that it’s pay-for-play here in B.C. That’s just well known,” said BC Green Party leader Andrew Weaver, reacting to the findings.

“We wouldn’t have to be discussing this if we banned union and corporate donations. And that’s the problem: it’s very difficult to actually know for a fact whether or not there was influence because of the donation.”

There are no limits in British Columbia on political donations: people, corporations and foreigners are allowed to donate to political parties, prompting criticism that the province is the "wild west" of Canadian political financing.

As the province gets set to head to the polls May 9, the province’s electoral agency is probing BC Liberal Party fundraising after the Globe reported that “lobbyists are illegally funneling money to the party.”

Dogwood says it received copies of paving and road maintenance contracts issued between May 1, 2013 and Sept. 30, 2016. The group says the data was prepared by the B.C. Ministry of Transportation. The ministry did not respond to National Observer's request for a copy of this data.

Dogwood says it cross-referenced the contracts with the audited and unaudited donor information on Elections BC and the BC Liberal Party website between Jan. 2013 and Dec. 31, 2016.

“Donating companies get more contracts and get more money for their contracts,” said Lisa Sammartino, Dogwood’s campaigns and communications co-ordinator.

Sammartino said it was important to note that larger companies typically would have more money to give to political parties in the first place.

As well, Dogwood could not find political contributions to the BC Liberals from some firms during this period, despite those firms winning contracts, but those are exceptions to the rule, according to Sammartino.

The BC Liberals raised more money than any other provincial party in power last year, according to the Globe and Mail, but are facing a barrage of criticism over fundraising practices that one critic said transforms it into the "best government money can buy." The party is attracting international headlines and has been portrayed in the New York Times as presiding over a "wild west" of "Canadian political cash."

National Observer has not independently verified the entire data set, and is choosing not to name all of the companies on Dogwood's list.

Kelowna-based EAC is a construction company that owns and operates one of Western Canada's largest heavy construction equipment fleets, according to a government profile of the firm.

In all, EAC scored 10 contracts worth more than $94 million over the three years, and made 11 contributions to the BC Liberals totaling over $28,000. The contract and donation information was shared with the firm, which agreed all the information was accurate.

EAC said in a response that its political donations “are completely unrelated to the tender process.”

“We support political candidates whose policies contribute to a strong economy that benefits British Columbians,” said a statement signed by the firm's CEO, Michael Jacobs.

B.C. provincial government highway construction and paving contracts are awarded "on a low price tender basis" after a "strict, bonded tender process" managed by the provincial transportation ministry, the company said. All EAC contracts with the province “had multiple bidders, a defined scope of work, and were awarded to EAC because we provided the lowest tender price,” it added.

"EAC annually bids three to four times as many unsuccessful tenders where we do not provide the lowest price. The low bidder is awarded those contracts. EAC also secures contracts by being the lowest priced tenderer on work for municipalities, Parks Canada, BC Hydro, Fortis, CP Rail, CN Rail and many other private owners.”

Ministry “stands behind its tender process”

Deputy Premier Rich Coleman recently told the media his party has "done nothing wrong" and has "nothing to hide" after the Globe investigation on lobbying.

The provincial liberals are not the first Canadian provincial government to be hit with allegations of companies and political leadership getting too close for comfort. In Quebec, a major inquiry investigating corruption in the province's construction industry recommended reforms to political donation rules, and later, the province’s anti-corruption squad arrested two former Quebec cabinet ministers among others.

In December, Ontario voted to ban corporate and union donations to political parties and banned members and candidates from attending fundraisers after the Wynne government faced criticism over cash-for-access political fundraisers. The federal government indicated it would tackle secrecy surrounding political fundraising events following controversy over donors paying $1,500 to attend an event with Prime Minister Justin Trudeau or a member of his cabinet.

A spokesman for the BC Liberal Party said it was "committed to transparency when it comes to political contributions," and that the party "has no role in the government’s contracting process."

"That’s why we are voluntarily reporting all contributions in real time on our website, and why we chose to release our 2016 contributions in January rather than wait until Elections BC’s March 31 deadline," said party spokesman Emile Scheffel in an email.

The party said it was referring any questions about contracting to government.

The province's ministry of transportation told National Observer it “stands behind its tender process,” according to a separate statement sent by spokeswoman Danielle Pope, but it said any questions about political party donations should be directed to the party.

The ministry defended the tender process as “fair, open and transparent” and said it “meets the requirements set out in legislation.” The process is “administered and evaluated by professional public servants,” the ministry added.

“Contracts that meet the publicly available criteria as per the Transportation Act, are awarded the contract. This helps ensure the best possible value for B.C. taxpayers.”

Spokesman Stephen Smart did not respond in time for publication to requests for comment on Weaver’s argument that the data raises questions about a “pay-to-play” culture in the province.

Section 15 of The Charter

Section 15 of The Charter basically says we are all equal. Thus we should all have equal ability to influence an election. From this it follows that political donations should be limited to voters only, and to an amount that almost everyone can afford; that means something like $50 -$100.

I'd like to know the ratio of donors getting the sole source contracts, that are not even put up for tender and are supposed to be used only under exceptional circumstances, yet are increasingly being used in BC and by the federal government.

Business knows only too well