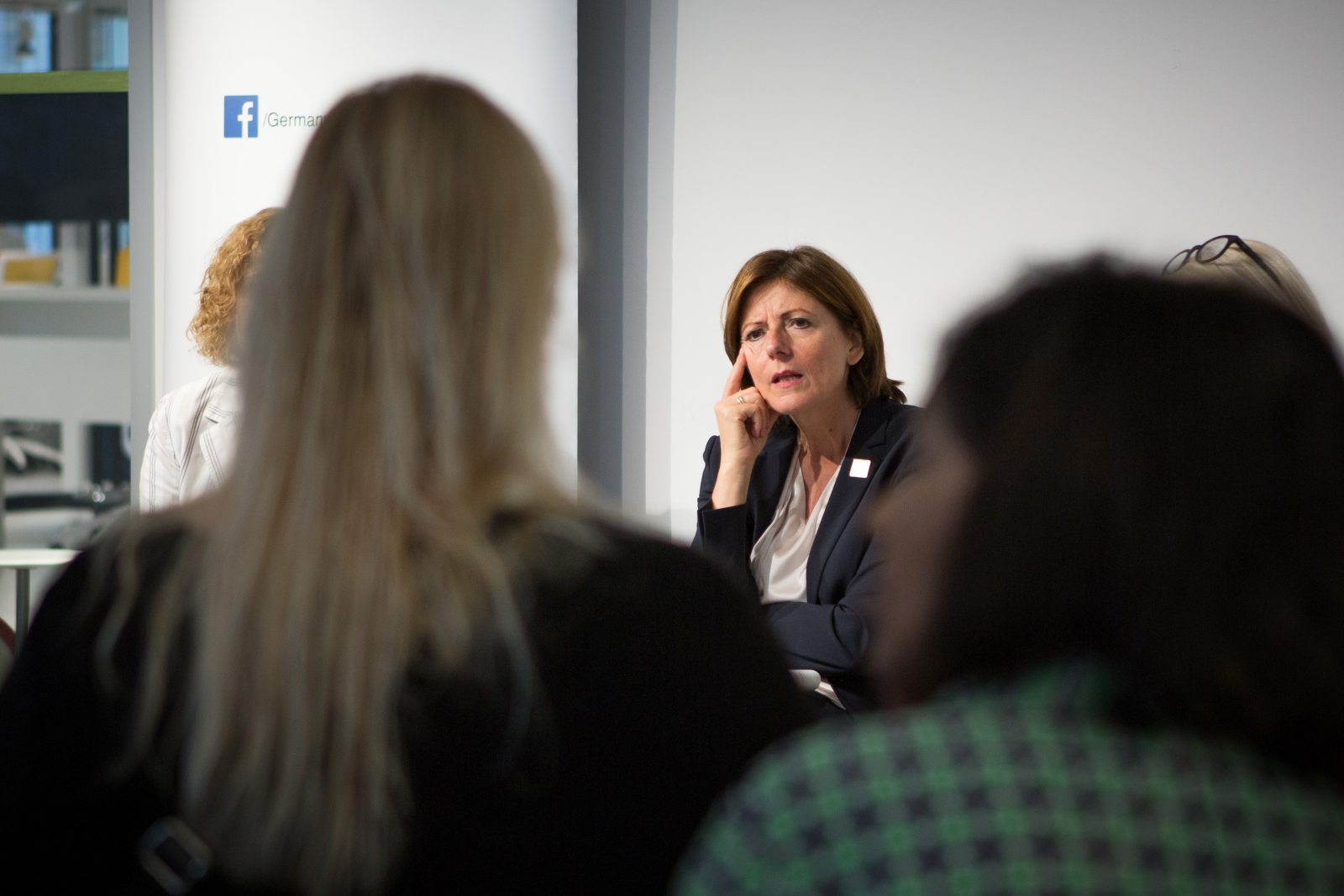 Malu Dreyer, president of Germany's Bundesrat, the upper house of the German parliament, speaks to reporters at a press conference in Ottawa on Sept. 27, 2017. Photo by Alex Tétreault
Previous story

Malu Dreyer has a blunt reaction to recent elections in Germany as it comes to grips with the "shock" of a far-right party's electoral breakthrough.

Dreyer is president of Germany's Bundersrat, the upper house of the German parliament. She's also a Social Democrat. And she said she was caught off guard by the rise of the far-right at the ballot box.

“Europe has quite a number of extreme right-wing parties, and Germany has always been proud of not having such a party,” said Dreyer. “We have learned from the Second World War, and so we really are in shock, that we were not able to avoid it [this time].”

Dreyer addressed the issue at a Wednesday morning news conference in Ottawa with German Ambassador Sabine Sparwasser, noting that officials were looking at Canada for possible solutions. Dreyer explained that Canada had "a most interesting approach" to refugees.

“Many representatives from Germany have travelled to Canada for this purpose," added Dreyer, who is also minister-president of the state of Rhineland-Palatinate on the country’s western border.

Germany’s experience welcoming over a million refugees since 2015 is seen by many, including Dreyer, as one factor behind the success of the far-right Alternative for Germany (AfD) party in last weekend’s German elections.

The AfD won over 12 per cent of votes, entering the German parliament for the first time in over half a century. Dreyer, who has been an enthusiastic backer of German Chancellor Angela Merkel’s relatively liberal refugee policy, called the election result a “watershed moment” and “something like a disaster.”

It was also a disaster for her own party, she admitted, as the Social Democrats ended up with their worst election result since World War II, managing only a bit more than 20 per cent of the national vote. The left-wing party has decided to sit out the next coalition with Merkel.

Dreyer said the refugee debate in Germany became a “breeding ground for right-wing party slogans to multiply.” Even though the German economy is doing well, and a big cross-section of German citizens welcomed refugees, she argued, “nationalists” were also able to exploit xenophobic fear and anger in the country.

The subject of Dreyer’s trip was billed by the German Embassy as recognizing that Canada is an “increasingly important partner” for Germany and the European Union “not least due to the recent surge in populism worldwide.”

Dreyer said her decision to visit Canada was driven in part by the current political climate, including statements made by U.S. President Donald Trump. “It’s all the more important to promote solidarity between liberal societies,” she said.

“But at the same time, I think it’s very important to take into account the fears people have, and — whether you like them or not — to integrate them into your political thinking. This does not mean posing any restrictions on our own liberal thinking.”

Dreyer has been in Ottawa since Tuesday, and is scheduled to meet with top Canadian officials including Immigration Minister Ahmed Hussen, Status of Women Minister Maryam Monsef, Trade Minister François-Philippe Champagne and her Canadian counterpart, Speaker of the Senate George Furey.

Asked what Canadian officials were asking her during her visit, she said “the same questions you ask,” prompting a round of laughter in the room.

Other topics included the coming into force of Canada’s trade deal with the European Union and women’s rights, she said.

One silver lining to the elections for the Social Democrats might be the success of the Greens, which got close to nine per cent of the vote.

Given that the Social Democrats have decided to sit out the next coalition with Merkel, press reports indicate the chancellor could pursue a coalition deal with the Greens and the pro-business Free Democratic Party (FDP), which got over 10 per cent.

If the Greens get into government, that might put more pressure on Germany to speed up its goal to reduce its carbon pollution by 40 per cent by 2020 from 1990 levels.

“If it does have any impact, it’s going to be a positive impact,” said Dreyer.

The government already admits it will fall short of its climate goal, but a recent think tank study said the country will miss by a wider margin than previously thought, Reuters reported.

“These at least are my expectations,” said Dreyer, but added the FDP, Merkel’s conservative Christian Democratic Union and the Greens all have different focuses.

The Greens may also play a role in Germany’s adoption of a new immigration law, Dreyer added later, as they have their own ideas for a points-based immigration system inspired by Canada.

“We need to come to legislation which allows economic immigration, because we have many immigrants who come to Germany just in order to work,” she said.

Canada, Germany and France just showed you how they can lead new world order

As someone with extensive

As someone with extensive experience in immigration and refugee matters both in Canada and in Europe readers may be interested in my reaction to this article. The main thing Germany can learn from Canada is to be seen by the public, easily suspicious of newcomers, as being in control of immigration rather than being controlled by it. The German policy of allowing uncontrolled numbers of Syrians and others into the country without any effort to determine who they were and their background, given the record of extremists in Europe and the Middle East, was guaranteed to create public unease and concern. When Canadians expressed concern about the adequacy of security checks on the Syrians slated for resettlement in Canada the government, among other steps, banned single young men from the program. In the past when the public expressed concern about immigration issues (there are many examples such as the Chinese boat arrivals in BC, abuse by economic migrants of the refugee determination system, the boat arrivals of Sikhs and Tamils on the east coast) government responses included the recall of parliament and new legislation, visitor visas, and greater emphasis on removals. These measures when combined with a selection policy that selects immigrants and refugees who are seen to contribute to Canada's well being are the reason that Canadians remaining positive about the immigration. If we in Canada asked the public whether they approve the immigration policies pursued by their government since World War II I am confident the response would be more positive than negative. If the same question were asked in Germany I doubt there would be the same response. Yet, German policy remains largely unchanged, not an indicator that the underlying causes of the election are being addressed.