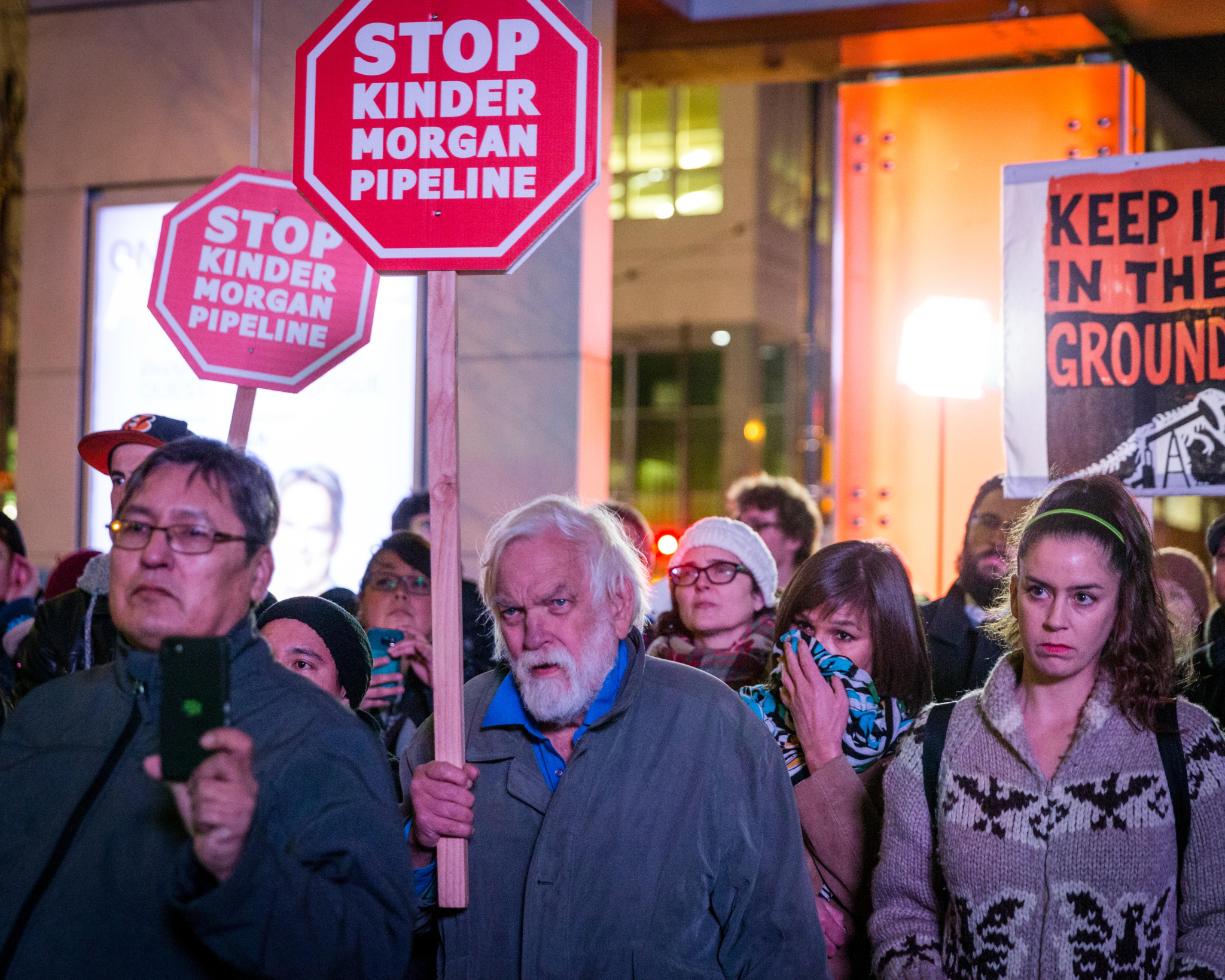 Residents in Vancouver react to the news that the Trans Mountain expansion has been approved by cabinet in Ottawa on Tues. Nov. 29, 2016. File photo by Roger Pimenta
Previous story
Next story

Canada's National Energy Board (NEB) isn't saying whether it will expedite "relief" for a pipeline company seeking exemptions to rules that could cause construction delays on a major west coast project. But the federal regulator said Friday that it would take the time it needs to protect the public and the environment.

On Thursday, Texas-based multinational, Kinder Morgan, asked the federal regulator in a letter whether the NEB could "expeditiously" approve a request allowing the company to resume construction activity on the Trans Mountain expansion project. This request came a few days after the NEB has warned the company that it needed to stop what it was doing because it appeared to be breaking the law.

The Trudeau government approved the Trans Mountain expansion last November. Once completed, the pipeline infrastructure would triple the capacity of an existing line to 890,000 barrels of heavy oil per day, giving Alberta oilsands producers expanded access to the Pacific coast and Asian markets.

But ultimately, the law says that the company cannot officially begin construction until it demonstrates that it is meeting 157 conditions that were attached to the project's approval.

Through a lawyer, the company warned the regulator that it could be forced to delay construction on portions of its pipeline by a year, if it's not allowed to proceed.

But a federal panel reviewing the matter does not appear to be in a hurry to rush a decision on whether to make an exception to its rules to help Kinder Morgan begin construction.

"We received the company’s letter late yesterday afternoon and are currently reviewing it," said NEB spokesman James Stevenson. "The NEB panel will take the time that it needs to make sure the environment and public safety are protected."

The company triggered the problems when it started deploying special mats in streams to keep away fish and prevent them from spawning in construction zones. The energy company said in a Sept. 12 blog that it had begun this work to protect fish such as salmon and trout.

But the NEB ordered Kinder Morgan Canada to stop this work in a Sept. 22 letter to company president Ian Anderson since the regulator hadn't finalized the necessary approvals for all construction activity.

Kinder Morgan's blog also raised questions about whether the company knew exactly how many streams were along the path of the proposed pipeline expansion project that runs from Alberta to Burnaby, B.C. While it told the regulator in correspondence filed on June 22 that it had identified 25 streams that could be affected by the project, it said in the Sept. 12 blog that there were 26.

Producing an up-to-date inventory of the affected watercourse crossings is one of the conditions the company must meet to build the pipeline.

Trans Mountain told National Observer on Friday that this number was once again down to 25.

"We originally identified 26. One was deemed unnecessary," said Trans Mountain in an emailed statement. "It's still on the list as a watercourse crossing we identified. But we only want to move forward with 25."

Trans Mountain declined to respond to follow up questions about why the extra watercourse crossing was deemed unnecessary.