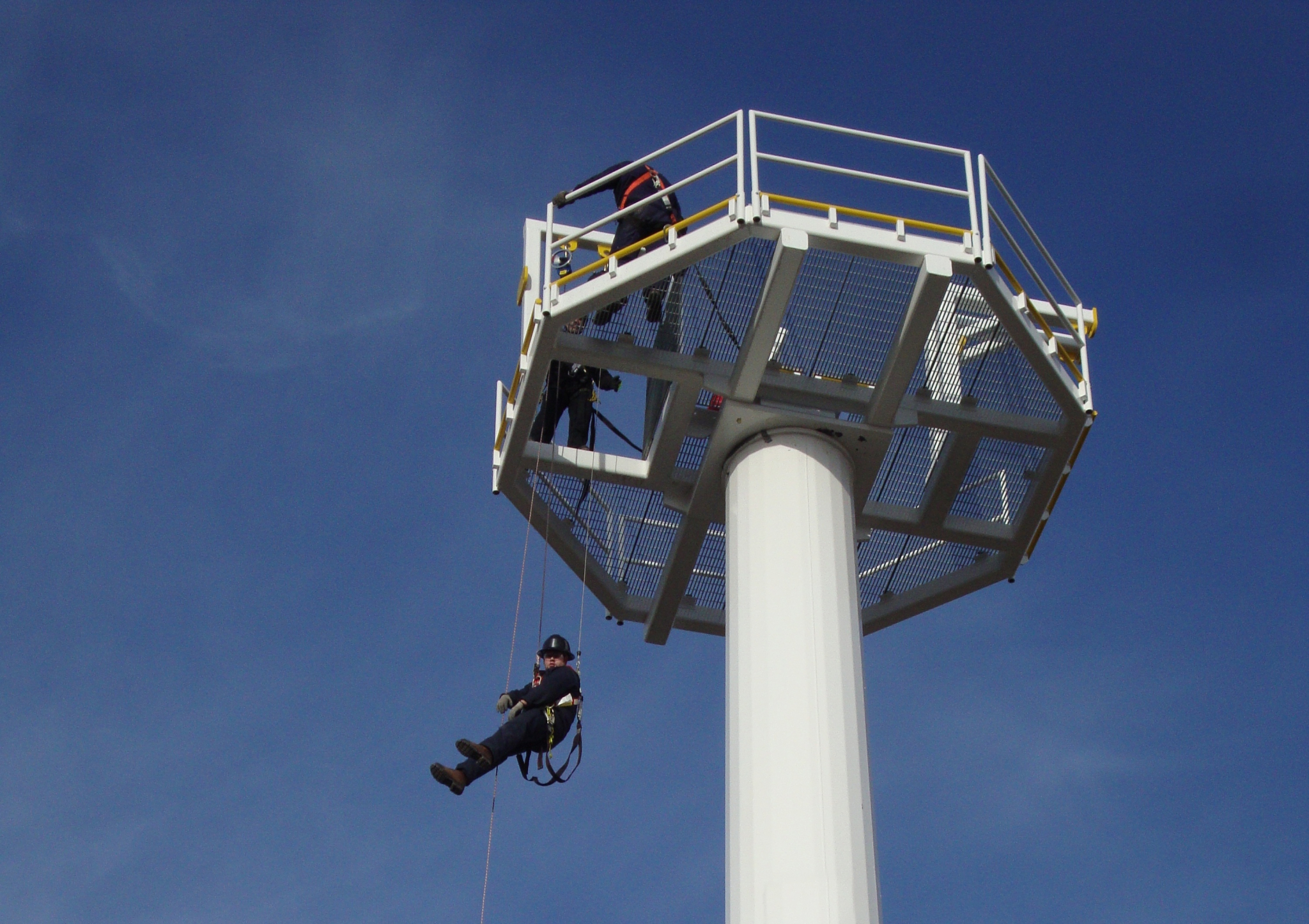 A new study shows a wind energy boom in Alberta could yield jobs for some of the people who have lost work because of a long-term lull in the oil and gas sector.

The Alberta Wind Energy Supply Chain Study, produced by the Delphi Group for the Canadian Wind Energy Association, also highlights action the provincial government needs to take to fulfill its target of adding 5,000 megawatts of renewable energy capacity to Alberta's power mix by 2030.

Reaching the target could generate as many as 15,000 "job years" as well as millions of dollars in municipal tax revenues and land lease payments, the study found.

Job years refer to the potential years of work that could be generated by the industry. Nearly 15,000 job years can translate to hundreds of jobs, with the potential for as many as 4,400 full-time positions in manufacturing, for example, the report said.

The provincial government has estimated as many as 7,200 new manufacturing jobs could emerge from its plan to have 30 per cent of Alberta’s electricity come from renewable sources such as wind, hydro and solar by 2030.

To realize the potential benefits of wind energy development, including employment opportunities or job transitions, the report's authors say Premier Rachel Notley's government needs to set out a clear plan for meeting its target.

As an example, some jobs in the oil and gas sector are seen as transferrable to the wind sector, but a rebound in oil development could lead to a shortage of workers.

"Right now obviously there's a downturn in the oil and gas sector, (and) depending on who you speak with, you know, you may never see the type of rebound to get back to the levels of activity from previous years, in 2010 or around that time frame, 2008. But what that means is that if there is an uptake in oil and gas ... there may become an increased intensity or demand for labour," says study co-author Paul Shorthouse.

Without scheduled projects, the report argues there may be impacts on the cost and availability of labour, as well as important construction related equipment such as large crawler cranes.

The government "will consider options for further targets and timelines as suggested in this report," a spokesman for Alberta Energy Minister Margaret McCuaig-Boyd said in an e-mailed response to National Observer.

"We take this type of feedback seriously and will consider the best options for maximizing the potential for new investment and opportunities in Alberta’s clean energy sector," Mike McKinnon said.

"The strong response from industry shows investors think we’re on the right track with this program, providing new economic opportunities and bringing the most renewable generation online at the lowest cost," McKinnon said. "Successful projects will be announced by early 2018 and they will be operational by 2019."

A clear plan needed to mobilize a new energy workforce

Among those waiting for more from the government are the post-secondary institutions ready to train wind energy's workforce.

"I definitely think with Alberta's strong intentions to be 30-per-cent renewable by 2030, I think that we're just kind of in the hurry-up-and-wait stage still, until they start construction, and once that starts we're going to be very busy supplying students to construction as well as maintenance," says Chris DeLisle, an instructor in Lethbridge College's wind turbine program.

"Even the first 400 megawatts needs to be operational by the end of 2019, and we still don't know who or which companies I guess are going to be putting up the turbines. So they're going to have to be pretty aggressive in their construction. I think it's definitely going to be a market where the jobs will definitely be there for all of our students."

In a province known for its deep ties to the oil patch, from traditional oil pumpjacks in the south to bituminous oilsands in the north, Lethbridge College's wind turbine technician program has been growing for the better part of a decade, now teaching nearly 50 students each year about the nuts and bolts of wind-powered electricity, and how to climb and maintain wind turbines.

To ramp up their student intake, DeLisle said, they need to know more about construction plans and timelines.

Lethbridge, a city of about 93,000 people, lays at the heart of what could be described as wind country in southern Alberta, or at least country marked by rolling hills, ridges, and ranches east of the Rocky Mountains. Southeast of Calgary, Lethbridge is a 100-kilometre drive east along Crowsnest Highway 3 from Pincher Creek, home to Alberta's first commercial wind farm. Alberta has about 900 wind turbines now — most in the south — and wind contributes about six per cent to the province's electricy demand.

In January 2017, a third of the students who entered Lethbridge College's wind turbine technician program came from careers in the oil industry.

"They just said work's coming to a halt, and they see this as the job that will continue for the rest of their career now," says instructor Chris DeLisle.

While Shorthouse was somewhat cautious about the number of jobs that could come out of a wind industry boom, he noted its development stands to boost Alberta's economy overall.

"This wind sector, while it does create a number of job opportunities, it's not going to replace sort of the tens of thousands of jobs that have been lost in the oil and gas sector in the last five years, but it is a place ... to bring back that employment opportunity because it is so aligned with the energy sector strengths already," he said. "It provides a reliable set of skills and an industry that's going to be around sort of into the future as we make this transition to a low-carbon economy. So I think it adds to a more resilient and sort of forward-thinking economic position for Alberta as a whole."

Editor's note: This story was updated at 2:34 p.m. EST on Wednesday, Oct. 4 to correct the spelling of the Alberta energy minister's surname.